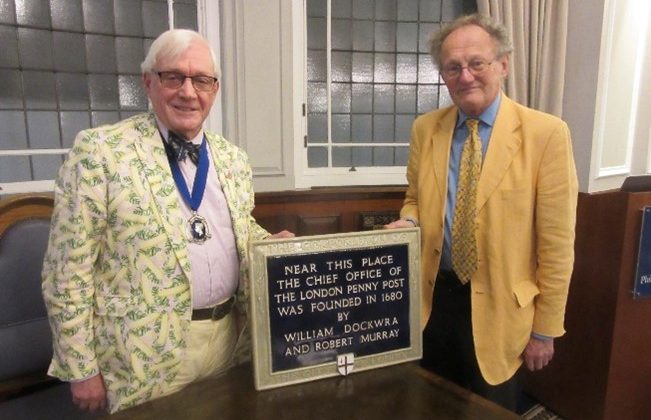 The display and presentation given by John G. S. Scott JP, FRPSL to the members of the Royal Philatelic Society London on 16 December 2021 was on the unusual subject of ‘The Evolution of Decorative Writing Paper’.

Described by Peter Cockburn FRPSL, President of the Society, as ‘extraordinary and wonderful’, the presentation traced the evolution of decorated writing paper that emerged first in the late 18th century. At first the decoration was applied by hand, later turning to engraving, embossing, lacework, and on to the development of lithography and photography. Among the eras captured by the illustrations were the Industrial Revolution, the coming of Uniform Penny Postage, the Great Exhibition of 1851, and the two World Wars.

‘Many collectors study routes, rates and stamps. John looks inside the envelopes’: an observation made by Paul Latham-Warde FRPSL giving the Vote of Thanks, adding it had been a ‘privilege to see and enjoy the display’.

Following his display, John presented the Society with a plaque that records the founding of the London Penny Post in 1680.