On 20 October 2021, Sébastien Delcampe was invited to become a Fellow of the Royal Philatelic Society London, the oldest philatelic association in the world, which celebrated its 150th anniversary in 2019, in the presence of Her Majesty Queen Elizabeth II of England who gives it her High Patronage. 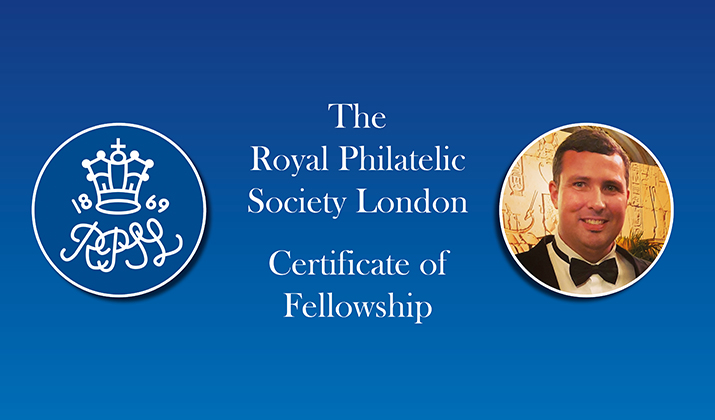 It is with considerable pride that Sébastien Delcampe will now be able to add the initials FRPSL to his name. This title can be awarded on the basis of a contribution to philately through an article or an exhibition, but also through significant contributions to philately.

“I am very pleased and proud to be awarded this title by The Royal Philatelic Society London. To be a Fellow of such an historical and prestigious association is a philatelist’s dream come true,” said Sébastien Delcampe when he received his certificate.