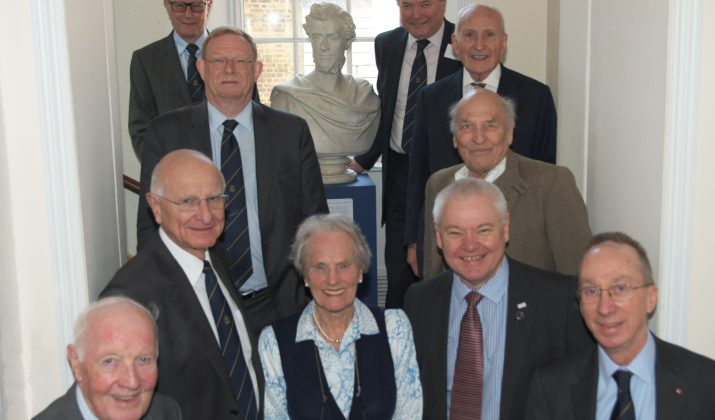 A meeting that took place in London on 10 April 1869 heralded the birth of what is now The Royal Philatelic Society London. This important milestone in international philately was celebrated by a Foundation Day lunch at Stationers’ Hall, appropriately enjoyed by 150 members and guests.

The following day, 11 April, a very special afternoon of displays marked the 150th anniversary, featuring material from the Royal Philatelic Collection, shown by gracious permission of Her Majesty The Queen, and from Past Presidents of the Society. It was one of the last events to be held at the Society’s premises at 41 Devonshire Place before the move to 15 Abchurch Lane in the City of London this summer.

The material from the Royal Philatelic Collection recalled a Paper that was read to the members of the Society on 4 March 1904 by HRH Prince George, Prince of Wales, (later King George V) on ‘the stamps of the Mother Country issued as a consequence of the accession to the throne of King Edward VII’.

Those attending were also treated to a Victorian tea during the afternoon.