From Eastern Rumelia to South Bulgaria 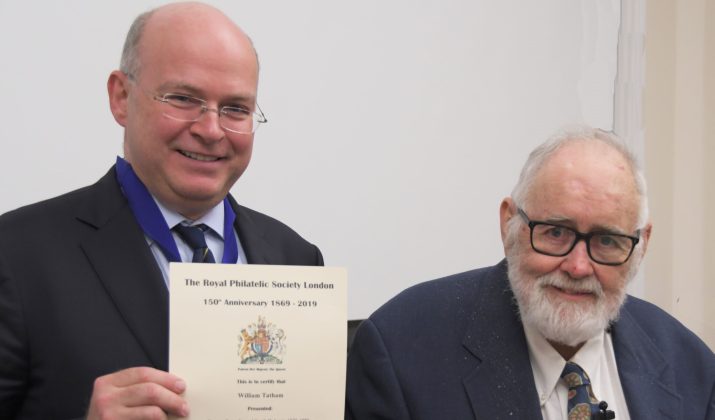 The title of William Tatham’s presentation to The Royal Philatelic Society London on 14 March, ‘Eastern Rumelia & South Bulgaria’, had a few members guessing as to whether they were two separate nations. In fact, they are the same. Eastern Rumelia was created by the Treaty of Berlin in 1878 but, following a bloodless revolution on 6 September 1885, it was renamed South Bulgaria.

The display extensively examined the stamps, covers and postal stationery of the period, from the ‘R.O.’ (Roumelie Orientale) overprints on the stamps of Turkey, distinctive designs for Eastern Rumelia, later overprinted with images of the Bulgarian lion following the renaming of the country.

The members had enjoyed ‘extremely rare material, with some of the covers being unique’, as noted by Ivan Metchev giving the vote of thanks, who added that ‘little literature has been published on the subject making gleaning the information more difficult’.

Customer focus – because your opinion is essential

Exhibit of the finest material