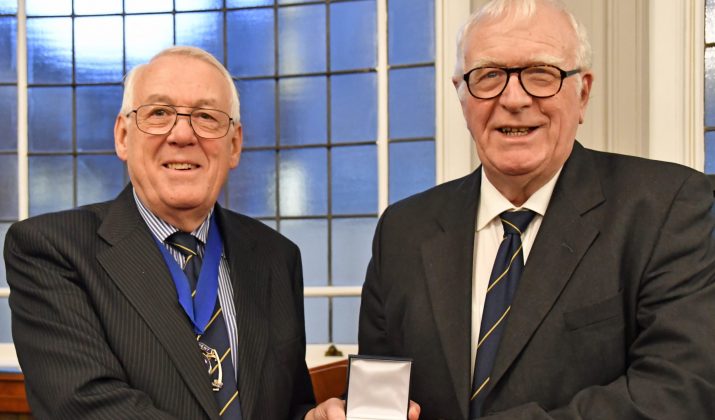 Extracts from the collections of members of the Royal Philatelic Society London living in the Thames Valley area were shown to the Society at its afternoon meeting held on 6 February. The displays had been coordinated by Dr Patrick Reid FRPSL, and clearly demonstrated the diversity of interests.

The displays embraced many aspects relating to Great Britain. From studies of the birth of the adhesive postage stamp and the history of the 1d lilac, to presentation cards for several issues and the 1948 Olympic Games set. From the Penny Postage Jubilee of 1890 to the development of stamp production at De La Rue. From late mail posted at the London Chief Office to the Scottish Additional Halfpenny Mail Tax, and the mail service operated by the Oxford Union Society.

Richard Stock FRPSL, commenting on the high quality of the displays, thanked Patrick Reid who in turn expressed his appreciation to all who had contributed with such a ‘splendid range of material’.