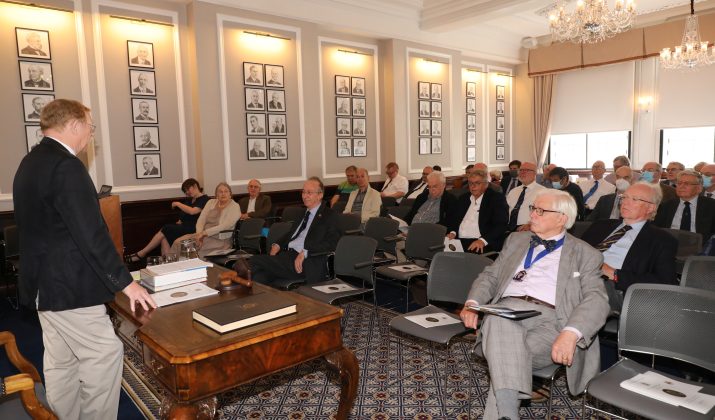 On 28 and 29 June the Royal Philatelic Society London held the first Crawford Festival, aimed at helping those with thoughts about sharing their knowledge and enthusiasm with others through the medium of philatelic literature. Organised by Nicola Davies, Head of Collections at the Society, and presented by Chris King RDP, FRPSL, the Festival was much appreciated by all who participated.

First speaker was David Beech MBE, FRPSL who presented a potted history of the life of James Ludovic Lindsay, 26th Earl of Crawford. Born on 28 July 1847, he was not only an acknowledged philatelist but also a passionate bibliophile. By the time of his death on 31 January 1913 he had acquired every philatelic work thus far published, his library now part of the British Library (duplicates from his library were given to the Royal Philatelic Society London).

The second day began by taking a closer look at how the Royal Philatelic Society undertakes the task of publishing, the processes explained by Brian Trotter RDP, FRPSL, David Alford FRPSL, and David Kirkpatrick of the renowned company of Pardys Printers. This was followed by a look at how the Smithsonian’s National Postal Museum in Washington DC has undertaken a forthcoming publishing project by Lynn Heidelbaugh, Curator.

It was a ‘question and answer’ session in the afternoon, including a panel of authors revealing how each had embarked on the journey of producing a philatelic work.

The second Crawford Festival will take place on 27 and 28 June 2023 when the theme will be Philatelic Journals.