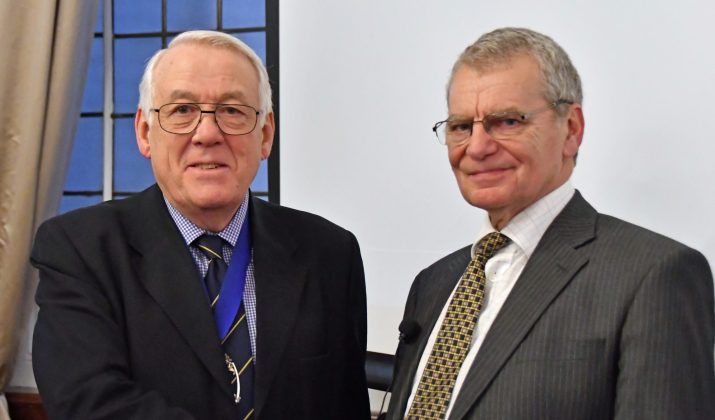 ‘One of the finest displays of the franking system’ was how Richard Stock FRPSL, President of the Royal Philatelic Society London, described the meeting enjoyed by members on 5 March. Robert Galland FRPSL provided the display coupled with a presentation that told the story of the ‘Evolution of the British Franking System’.

Bob explained that, before 1652, Official letters were carried either by Private Messenger or Carriers, or by the Court Post. When speed was of the essence, the letter would be endorsed ‘Haste Post Haste’, such a letter from 1643 being shown.

The Franking System, introduced in 1653, allowed Parliamentary, Departmental, and other official mail to be carried free. In its first year, some 8½ million letters were sent using the system. With just a signature needed as authorisation, the system was clearly open to abuse, such as offering signed pieces of otherwise blank paper in exchange for gifts or tips. A range of handstamps was used over the years to indicate mail that had been transmitted ‘Free’. The system came to an end on 9 January 1840 with Uniform Penny Post being introduced the following day.