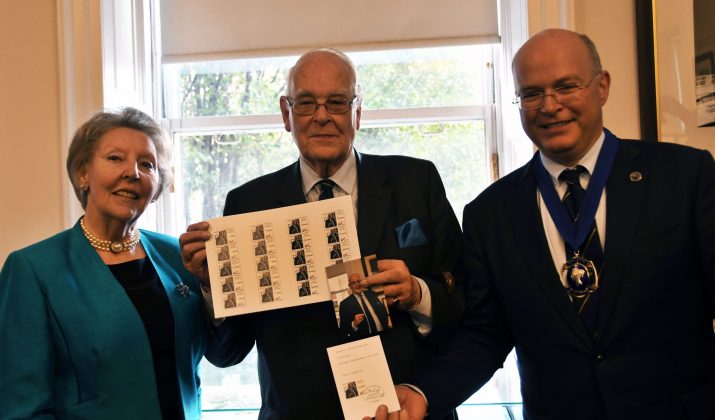 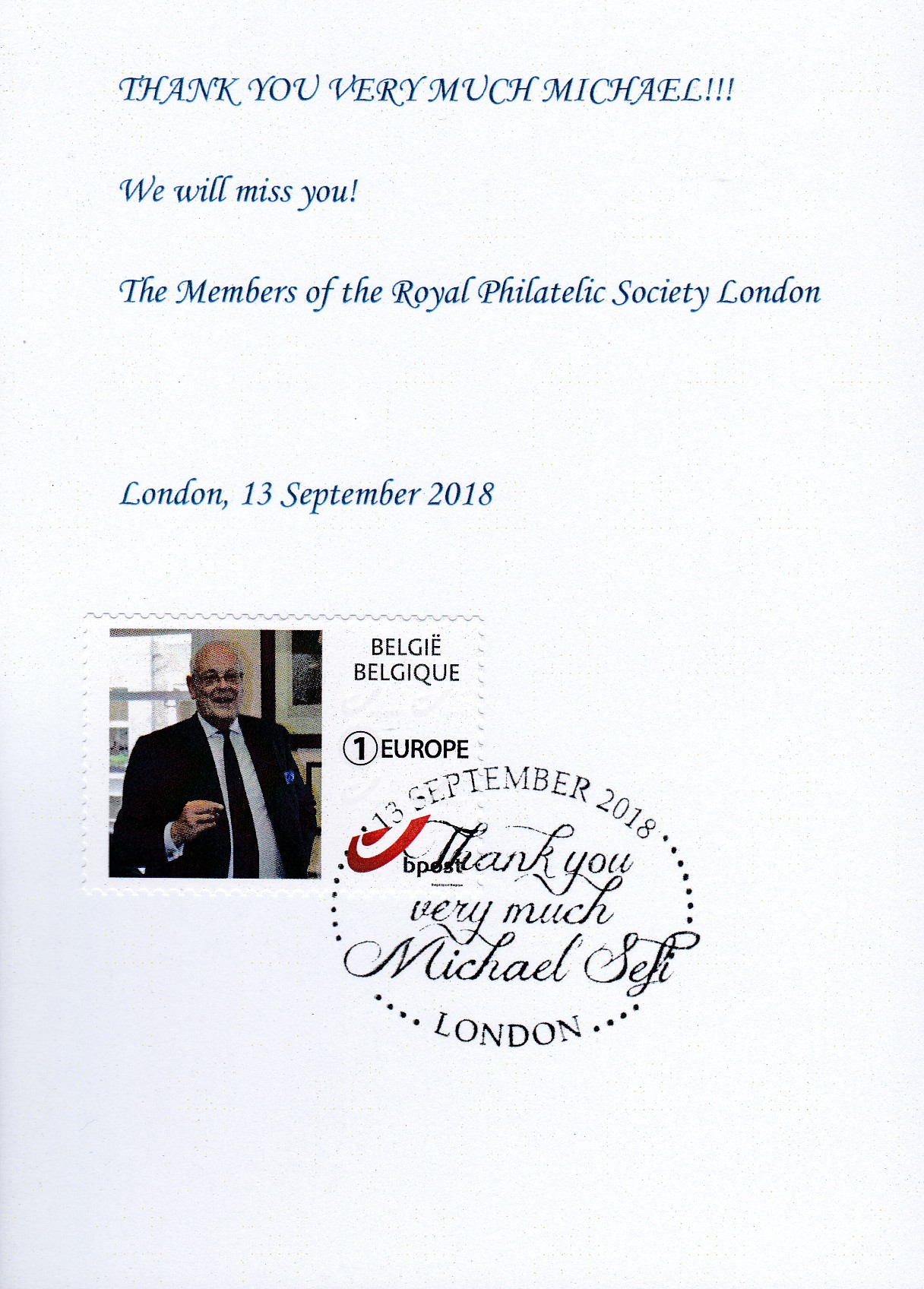 Well over 200 Fellows and Members of The Royal Philatelic Society London came to the first meeting of the new season, which traditionally is a display from The Royal Philatelic Collection, graciously shown by consent of Her Majesty The Queen. The meeting on 13 September fittingly focused on Great Britain material from the reign of King George V.

It was the King’s passion for stamps that established The Royal Philatelic Collection to become the unique record of the stamp issues of not only Great Britain but also the British Empire and Commonwealth.

The occasion was made more special by the fact that, after 16 years in the position, Michael Sefi LVO RDP FRPSL FRPSC is retiring as Keeper of The Royal Philatelic Collection. He was thanked for all he had done to display parts of the Collection at exhibitions across the world for many to enjoy.

In expressing his own thanks, Patrick Maselis RDP FRPSL presented Michael with stamps from Belgium that bore his photograph.

on the picture : Michael Sefi LVO RDP FRPSL FRPSC (centre) with his wife Harriet receives a sheet of stamps from Belgium bearing his picture from Patrick Maselis RDP FRPSL, President of The Royal Philatelic Society London.