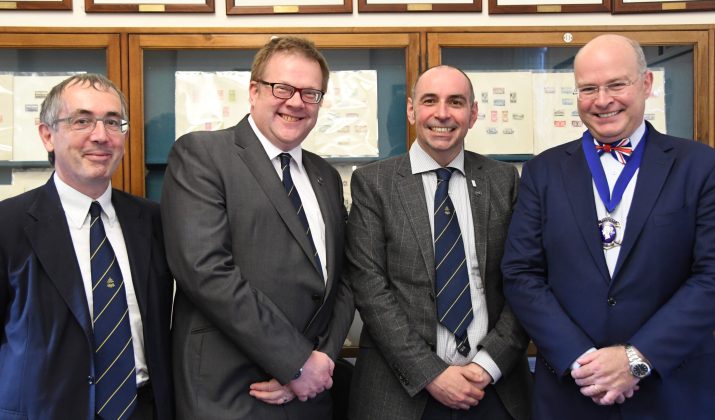 Following the meeting, Michael Pitt-Payne FRPSL, a common sight at meetings of the Society busily taking photographs of all that is happening, presented the President with an album of the photographs taken over the past few months.

The new season of the Society begins on 13 September when as is traditional for the opening meeting, there will be a display by gracious permission of Her Majesty The Queen of Great Britain material from the reign of King George V. This meeting is open only to Fellows and Members.

Eighty years of postcards of couples!