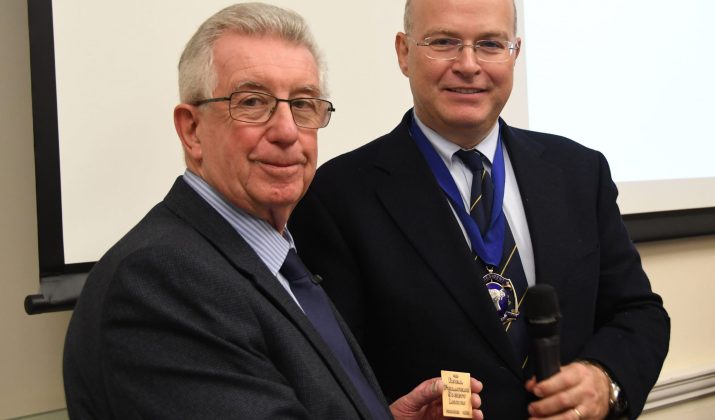 An incredible array of patriotic covers from the Confederate Southern States sent during the American Civil War, 1861 to 1865, were shown by John H. Walker to the members of The Royal Philatelic Society London on 6 December.

It was a brutal conflict during which some 630,000 Americans lost their lives, yet it stirred up intense patriotic fervour on both the Union and Confederacy sides. This fervour manifested itself in an array of envelopes with their patriotic imagery and slogans, or at times ridiculing the opposing side.

Covers from the South are far from plentiful as a result of the limited printing facilities available, with only about 100 covers known of even the most common designs.

Giving the vote of thanks, John Davies congratulated John Walker for sharing his enthusiasm by showing such attractive yet extremely rare material, which had been brought to life by the stories behind the covers.