Sonic the Hedgehog is a household name with both older and younger generations. SEGA’s mascot was considered Mario’s rival for years! The era of mascot wars is long gone. With time, they became friends and were even seen together at the Olympics. But just what do we know about the birth of the blue hedgehog? 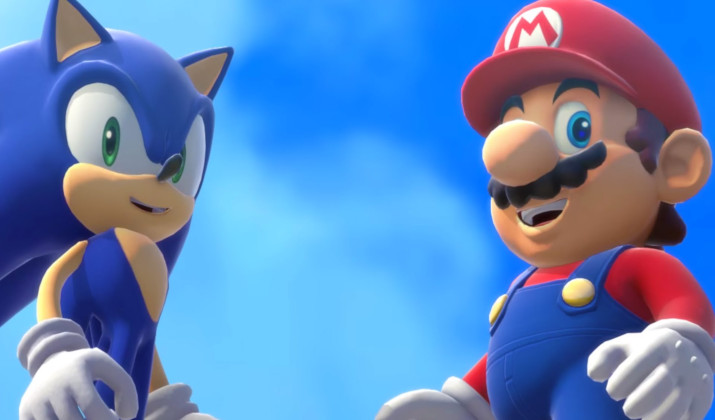 Before delving into more detail about the birth of the famous blue mascot, we need to go a bit further back in time. Everything began in 1983. The video game world was experiencing a terrible crash. The first in its history. The market was saturated with poor (or no) quality games. The giant at the time, Atari, didn’t make it through unscathed and never fully recovered. 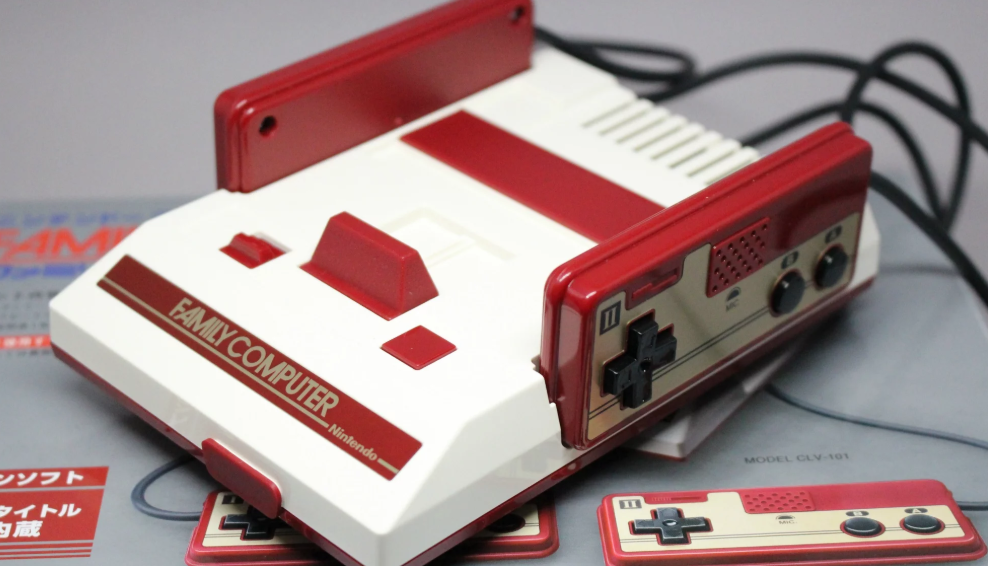 But in 1983, a Japanese company launched in this declining market: Nintendo. The Kyoto-based company offered a family-friendly console and high-quality games. Moreover, the Japanese company withheld the right to examine everything under production by third-party developers. Nintendo held firm control over its game catalogue. In fact, every game was branded with the “Original Nintendo Seal of Quality” logo, whether or not it was developed by Nintendo.

The company kicked off the third generation of consoles (8-bit consoles) and brought the Famicom console to the Japanese market (known as the “Nintendo Entertainment System” or “NES”). The console was distributed in the US in 1985 and in Europe in 1987. It became a huge success thanks to the mythical game created by Shigeru Miyamoto: “Super Mario Bros.”. It was so successful that it relaunched the video game market 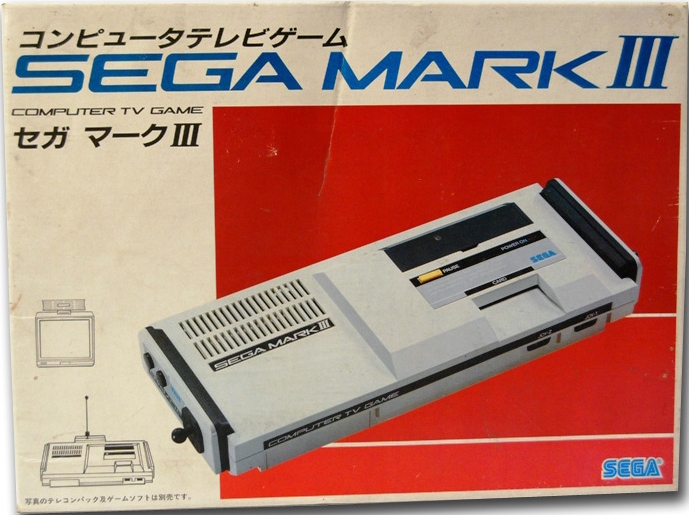 and ended the video game crash. Mario became Nintendo’s most valuable character and is considered Nintendo’s official mascot.
The plumber became associated with the brand and is, to this day, synonymous with friendship and fun. 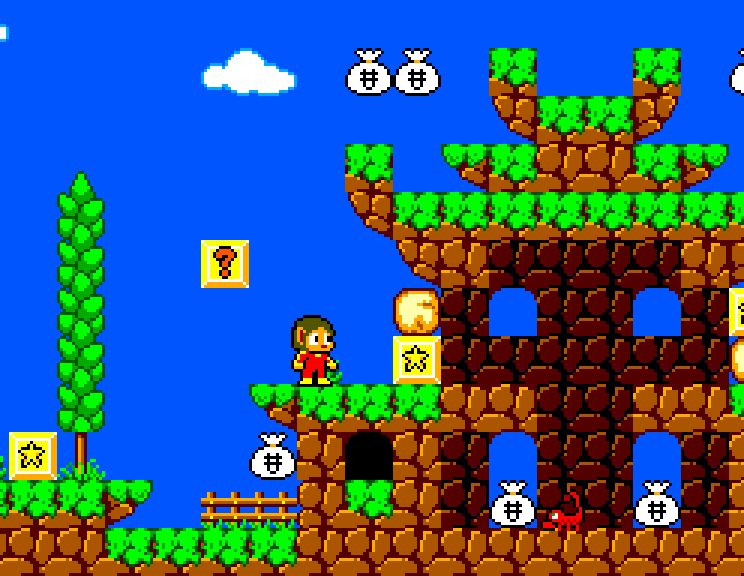 In response to the success of “Super Mario Bros.”, SEGA designed various platform games, including the famous game “Alex Kidd in Miracle World”. This little character with disproportionate hands and ears uses his fists to defeat his enemies. He was a hero children could easily relate to, and kids were clearly the target audience. Although “Alex Kidd in Miracle World” is a beautiful game, fluid and colourful with interesting level design, it had difficulty making its mark against the speed and fun of “Super Mario Bros.”. It was the most popular game on the SEGA machine but it wasn’t enough to take on Nintendo. As a result, SEGA lost this round.

As we’ve seen, the rivalry between the two companies was strong and very real. The fourth generation of consoles was just around the corner. The era of 16-bit consoles was about to arrive!

The company behind the moustachioed plumber had the “Super Nintendo” in the works. SEGA, however, decided to strike first in 1988 by releasing the “Mega Drive” in Japan. It took two more years for the console to arrive here.

For this generation of consoles, the games evolved and were looking to be more mature. Teenagers were the target audience this time around. The machine offered by SEGA was powerful. It showcased games that were both beautiful and fast-paced, with never-before-seen effects. Nintendo was nowhere in sight. SEGA reigned supreme and had plenty of time to install its own fleet of machines. The power of the “Mega Drive” clearly sent the “NES” to the back of the line. SEGA scores a point.

But Nintendo didn’t give up and wasn’t finished. It launched its new machine, the “Super Nintendo”, on the Japanese market in 1990 and, two years later, in Europe.

In search of a new mascot 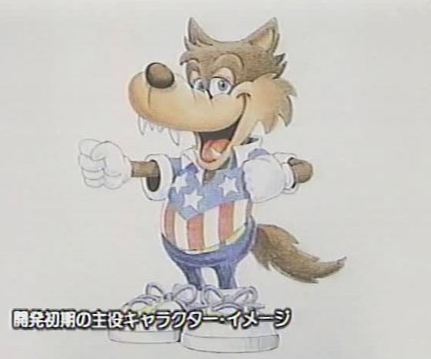 SEGA wanted to establish itself and dreamt of a title that would sell its consoles. Alex Kidd had failed to complete his previous mission. Without enough of a cool attitude, he was retired with the introduction of the newest generation of consoles. “Alex Kidd in Miracle World” was perfect for children but didn’t easily fit in with an older crowd. If the Tokyo-based company wanted to take on the plumber and strike aggressively, it really had to find a new mascot…

A contest was organised within SEGA to find the brand’s new star. The character would be incorporated into a game meant to be a hit and to target a much larger audience.

There was no lack of imagination when it came to the proposed mascots. A very diverse selection of characters was to be found, including a wolf, a bulldog, a rabbit and a rat. But that’s not all! Among the sketches for the contest, there was a sketch of our beloved blue hedgehog, and of a chubby man with a big moustache and a pillow in his hand. 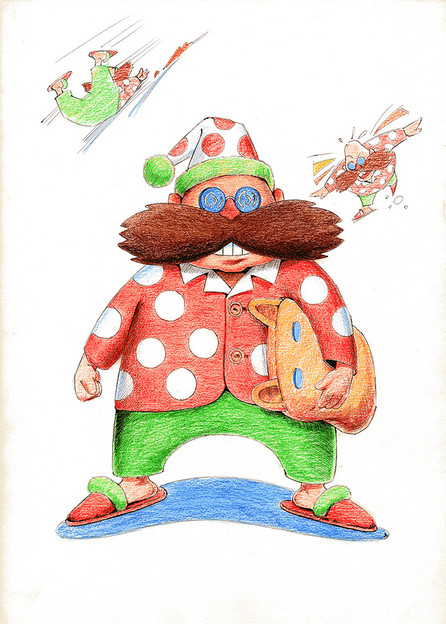 Does this character remind you of anyone? Exactly, the character in this sketch went on to become Robotnik, Sonic’s sworn enemy. Originally suggested as a hero, this character wasn’t discarded in the end. In fact, the development team took a special liking to this character and decided to include him in the new game. As a result, he was transformed from the gentle hero he was originally meant to be into Sonic’s antagonistic sworn enemy.

The character sketched out for the contest was, in fact, a caricature of American President Theodore Roosevelt. This wasn’t a complete accident…

SEGA wanted its new game to be a hit like none other. The Japanese company knew from experience that if the game worked in the American market, it would also surely succeed in Japan. That’s why the hit game “Sonic” included many American ingredients in its recipe for success. We’ll revisit this in the second part of this article. 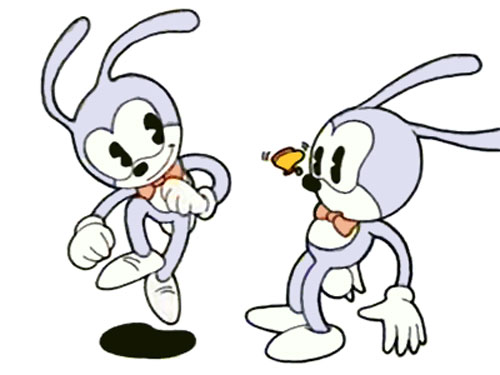 Guess who won the contest! If “Sonic” was your answer, you’re mistaken. Against all odds, the winner of the famous contest was none other than…the rabbit.

The team wanted to make a platform game which could demonstrate the machine’s technical capabilities. The rabbit had playability characteristics that were appealing to SEGA. It had long ears, and they would be used to throw and catch objects. 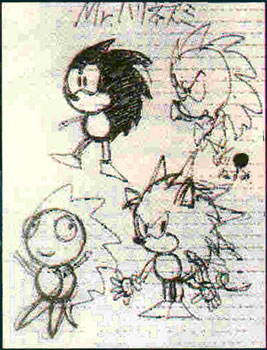 And yet…the irony of the story is that the rabbit didn’t become the hero we eventually came to know. But, why was this character abandoned for the blue hedgehog? It’s true that with the rabbit, SEGA had a cheerful mascot with physical characteristics that offered interesting possibilities in terms of playability.

However, that’s exactly what caused him to be left out of the game permanently. For the developers, the next hit had to be a gaming experience based around speed. The “Mega Drive” was a console that packed a punch and allowed for fast scrolling. Unfortunately, the rabbit’s capabilities weren’t at all suited to this kind of game. Against all odds, a new hero was chosen instead. A hedgehog…a certain Mr Needlemouse

The character underwent a few physical changes for the needs of the game. The hedgehog would be able to run at supersonic speed!

There was one last bothersome detail. Mr Needlemouse (a literal translation of the Japanese word for “Hedgehog”) was still unattractive from a marketing standpoint. For consistency, the team decided to rename the new mascot “Sonic”, in reference to his supersonic speed. SEGA’s new mascot was born.

Sonic stamps for sale on Delcampe

As for Mario, he came back to the forefront of the gaming scene with the unveiling of Super Mario World. The plumber had a new companion: Yoshi the dinosaur. The mascot war was heating up!

Don’t worry, Delcampe Blog will be back in the following weeks to tell you the rest of the blue hedgehog’s adventures.

Why is Sonic blue? Could the game have been even faster-paced? How did Tails, his loyal adventure companion, come to be? Lots of questions which we’ll answer in our next article dedicated to video games.

A fan of Sonic and Mario? Find the rare or original item which will complete your collection on Delcampe !

Collecting is a pastime that takes time. How do you share your passion with the next generation?