Samuel Taylor and the Boston gang

Samuel Taylor, the Boston gang’s leader, is known as "The Master Grafter". He is known to be one of America's greatest counterfeiters. Discover this con man who was not lacking in audacity! 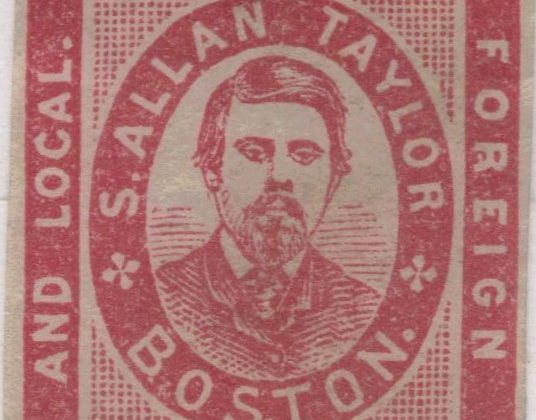 Born in 1838 in Ayrshire, Scotland, he was orphaned at a very young age. An uncle he didn’t know took him in to his home in America. But the cohabitation was not going well. Samuel Taylor ran away and was taken in by a doctor. He started working at the age of 15 as a courier for the New York Telegraph Company. It was there that he made his first learning experiences in philately.
In 1861, in order to avoid the American civil war, he crossed the border to settle in Canada. He stayed in Montreal for three years. It was there that he set up his first stamp business, where he sold authentic but also fake stamps. His forgery career began in 1862. It will last almost 30 years (1891). 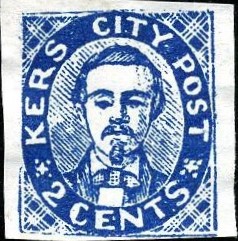 In particular, he created the stamps for the “Kers City Post”. It should be noted that this postal administration simply never existed. As a result, Taylor did not hesitate to use himself as an effigy for the stamps of this supposedly Canadian post office. These stamps were part of his first issues because John Camden Kotton already mentioned them in his catalogue in 1864. There would be 3 of them: 2c blue, 2c red and 5c red.

A few other big moves

After the success of this first operation, Taylor embarked on bigger moves. One of these was to create the 10-cent and 15-cent stamps of Prince Edward Island itself when this stamp did not exist. These stamps were easily included in classic catalogues of collectors while they did not exist.
Similarly, he initiated the creation of the first stamps from Paraguay and Guatemala, although the local Post of these countries had not yet issued any.
He also produced charity vignettes, including the one entitled “The Little Wanderers Aid Society”, which depicted a portrait of Taylor as a child. However, since no picture of him at that time exists, this is something we cannot be sure of.

During this period, he also published the first American philatelic issue in 1864, “The Stamp Collector’s Record”. The first two issues were published in February and March 1864 in Montreal, while the third issue was published in December 1864 in Albany. These publications predate the “Scott” catalogue, the American reference. He has published about forty issues.
It was also during this Canadian period that he met his wife, Frances Mathieson. Together they had three children, only one of whom, their daughter Frances, survived.

In 1864, Samuel Taylor and his family left Canada for the United States. They spent a few years in Albany before moving to Boston.

With Lyford Charles and James Chute, they founded the “Boston Gang”, a gang of counterfeiters who created fake stamps from different countries. We can mention Canada, El Salvador, Germany, England, Guatemala, Haiti, Hawaii, Paraguay, the United States…
He also created a local American issue in which he used his own portrait as an effigy.

The Boston gang created so many local stamps that it is difficult to have a complete collection with any certainty.
Samuel Taylor died in 1913 at the age of 74 in Waltham, Massachusetts.

Detecting the truth of the forgery :

The first characteristic of the forgery would be the paper. Samuel Taylor used vellum paper, a kind of thin, grainless, silky and smooth paper. The official paper of most stamps of the time is laid paper, i. e. paper that shows through transparency thin parallel horizontal lines in the thickness of the paper.
A second indicator is the printing process. For fake stamps, the work is based on lithography.
Taylor’s incredible boldness made him issue many stamps that are not fake, but simply creations! As mentioned above, stamps such as those from the Kers Post Office or Paraguay were simply created by Taylor. On top of that, many stamps were considered worthy of inclusion in catalogues. This is where Taylor’s (evil) genius is recognized.

Do you need help on Delcampe? Our Customer Service available in one click!