New season at a new home

The Royal Philatelic Society London proudly opened the doors of its new premises for the first meeting of the season on 12 September. The Society’s home is now at 15 Abchurch Lane, in the City of London, a short walk from Bank Underground Station. 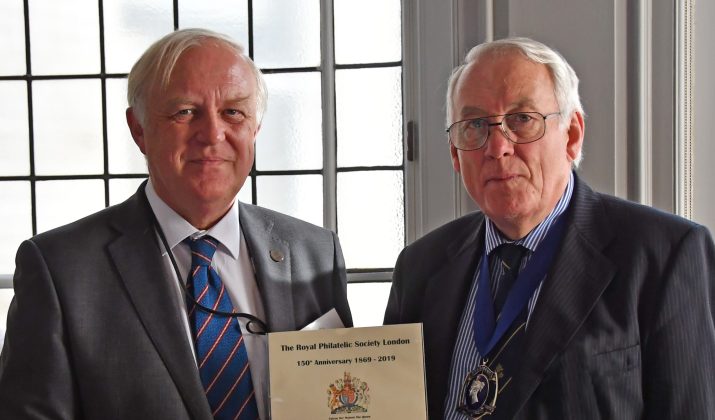 It was highly appropriate that, following tradition, this first meeting should give members the privileged opportunity to see material from The Royal Philatelic Collection, shown by gracious permission of Her Majesty The Queen. The areas chosen were New South Wales and Western Australia, with over 200 members present to enjoy the superb material on display.

This was followed on 26 September by displays given by Fellows and Members of the Society living in the north of England. A diverse range of material was presented by no fewer than 28 members who, in the words of Peter Cockburn FRPSL giving the Vote of Thanks, provided the ‘opportunity to see a range of extraordinary, varied and interesting displays’.

Those wishing to visit The Royal Philatelic Society London at 15 Abchurch Lane, London EC4N 7BW, or be a guest at one of its meetings, are asked to contact the Administrative Office (020 7486 1044).

Three very popular women in postcards! Will you guess who?