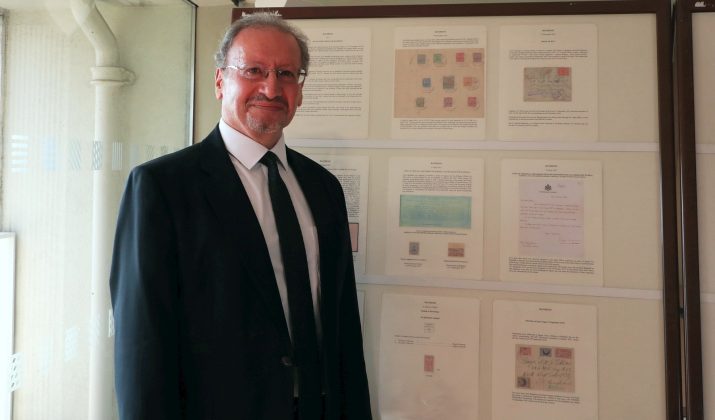 The events surrounding the Mesopotamia Campaign at the start of the First World War, and the subsequent issue of overprinted stamps, was told to the members of The Royal Philatelic Society London on 23 May by Freddy Khalastchy FRPSL.

The fascinating story was told by a range of material, not only of the issued stamps, much on cover, but also supplementary photographs and documentation. Stamps of Turkey, available in quantities of at least 60, were released in 1917 overprinted ‘Baghdad’ and ‘in British Occupation’ plus the value of ¼, ½, 1 or 2 annas.

As the stamps overprinted were of different sizes and formats, the overprinting had to be undertaken on a small hand-press, in four or sometimes five operations.