The fascinating story of Jamestown 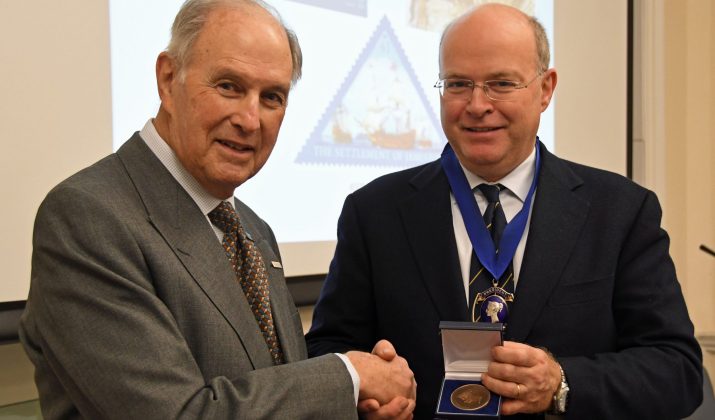 The fascinating story of the first permanent English colony in America in 1607, and the stamps for an exposition to mark its tercentenary, was told by Roger S. Brody RDP FRPSL to the members of The Royal Philatelic Society London on 17 January.

Roger’s in-depth presentation, accompanied by superb material on display, told how the Jamestown settlement in Virginia, named after King James I, was built in 1607, and would shape the nation’s government, language, customs and beliefs for the future.

The idea of stamps for an exposition to mark the 300th anniversary was initially dismissed by the Postmaster General, until President Roosevelt expressed his approval. Three stamps were issued, 1c, 2c and 5c. Sadly, while millions were expected to attend, the exposition was not a success, resulting in very few covers posted on the opening day.

Gerald Bodily FRPSL, giving the vote of thanks, drew attention to the drawings of the 1c and 5c designs, essays, and the only known forgery of the 1c, discovered in California in 1950.

STOCKHOLMIA 2019-Two catalogues to fall in love with!