Vatican philately is closely linked to the history of the smallest country in the world. If the Christian religion has existed for more than 1800 years before the philately of the country linked to it, the Christian state as we know it today dates back to 1929. 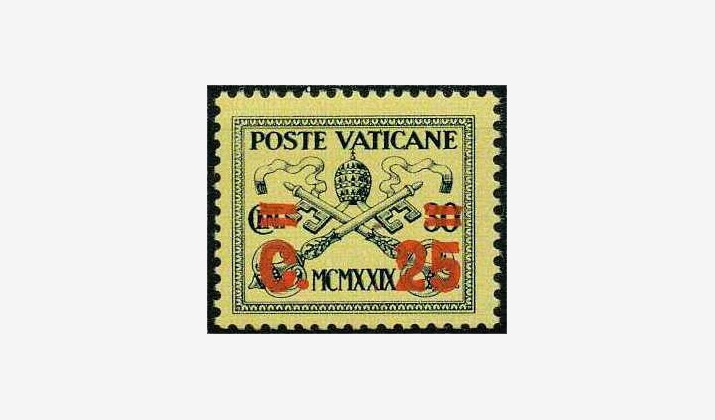 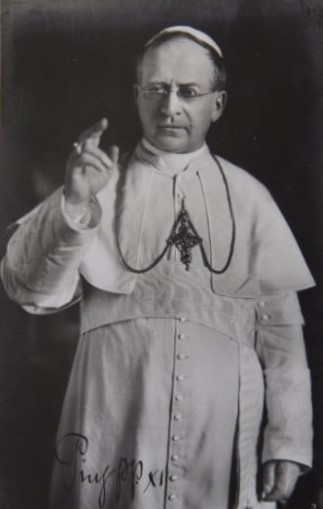 While in the middle of the 19th century, the papal states (which can themselves make a good philatelic topic) included a large part of Italy, they were gradually overthrown by Victor-Emmanuel’s armies in 1860. 10 years later, Victor-Emmanuel II and his armies took the city of Rome, which they designated as the capital of Italy. Pope Pius IX contested these acts and took refuge in the Vatican.
The following popes tried to strengthen the Church’s position in a Europe that was increasingly pushing for secularism. Diplomatic relations between states and the clergy became increasingly tense.

It was in 1929, on the occasion of the Lateran agreements, that the “Roman question” was settled. On February 11, 1929, an agreement was signed between Benito Mussolini for the Italian government and Cardinal Pietro Gasparri for the Holy See. The agreements limit papal sovereignty to the Vatican City State.
These agreements included three conventions:
– The political treaty mentioned above
– A financial agreement that offered the new state 750 million lire and 5% shares on a nominal value of one billion lire.
– A concordat that decided on the position of the Church in Italy. The Italian state confirmed Catholicism as the only state religion and Catholic religious education was made compulsory. Moreover, the Italian state could in no way interfere in the appointment of bishops.
The Vatican was then under the direction of Pope Pius XI. An Italian pope, originally from Veneto Lombardy, who was Archbishop of Milan. He became Pope in 1922. Resolutely progressive, he made the first appearances at the outer loggia of St. Peter’s Basilica to bless Christians. He also wanted the gathering of Christians, whether Catholic or not, and encouraged the participation of the laity in the life of the Church.
The Vatican, as a new state, developed its own public services. Thus, the 44 hectare territory had a station, its own currency, its own media (press, radio, television) and of course, its own postal service.

The first series of Vatican stamps dates back to 1929. It contains 13 values ranging from 5 cents to 10 lire. The small values bear the pontifical coat of arms while the values above 80c are in the effigy of Pope Pius XI. At the top of the stamps, the inscription “Vatican Post” indicates their origin.

The 30c stamp received in 1931 a c.25 surcharge reducing its value (see main image of this article).
In 1933, on the occasion of the Holy Year, four surcharged stamps bearing a cross in a medallion were issued. Their value ranges from 25c+10c to 1l25+25c. Later that same year, a more complete series was issued with a watermark of the Vatican coat of arms. This has 16 values ranging from 5c to 20l. The stamps bear 6 different images, several of which are directly related to St. Peter’s Basilica and are printed in two colours.
The following year, some of the 1929 stamps were put back on sale with a surcharge of 40c to 3l70.

In 1935, following the International Legal Congress in Rome, 6 stamps with two different representations were issued. On the one hand, the values of 5c, 10c and 25c were made on the basis of a representation of Tribonian handing over the Pandects to the Emperor Justinian. On the other hand, the values of 75c, 80c and 1l25 represent Gregory IX handling over the Decrees to the lawyers.
The following year, the Vatican paid tribute to the World Exhibition of the Catholic Press in Rome by issuing 8 values (5c to 5l) in the effigy of Saint John Bosco, Saint Francis de Sales, the Sacred Book and the Bell and Dove.
The last series to be issued under the reign of Pius XI pays tribute to the 4th International Congress of Christian Archaeology in Rome. It contains 6 values from 5c to 1l25 based on two different representations: the Crypt of the Basilica of St. Cecilia (5c, 10c and 25c) and the former basilica of Saints Nereus and Achilles (75c, 80c and 1l25).

After the death of Pius XI

Pope Pius XI died in 1939 on the eve of the 10th anniversary of the Lateran Agreements. At the age of 82, he suffered a cardiac arrest. It must be said that he had a difficult reign confronted with the rise of communism, to which he was fiercely opposed, and with that of fascism, which he condemned just as much.
At his death, before Pius XII succeeded him, 7 values of the 1929 stamps were surcharged with “Sede Vacante”.

New President for the Royal