75 years of the Battle of the Bulge, a duty of remembrance…

It is already 75 years since one of the most famous battles of the Second World War, the Battle of the Bulge, took place. During the winter of 1944-1945, this battle marked an important turning point in the Allied victory over the Germans. On this occasion, Post Luxembourg issues a commemorative block. We wanted to take up some important elements of this decisive battle in the fields of philately and cartophilia. 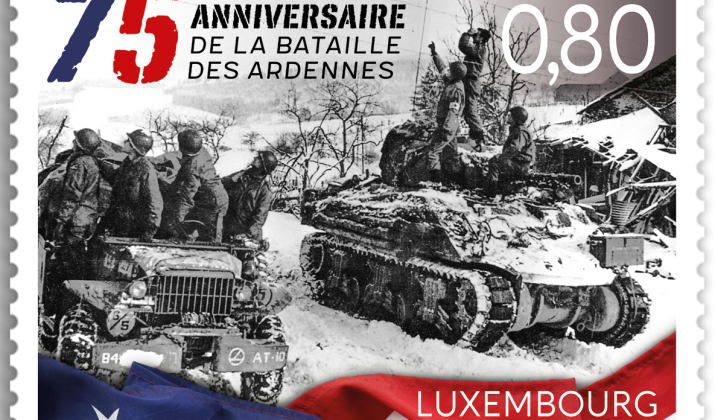 The Battle of the Bulge began on 16 December 1944 with a German attack. This was called the “von Rundstedt offensive” by the general of the same name. The aim of this offensive was to cross the Allied lines in order to conquer the port of Antwerp, a strategic Belgian issue. It was stopped before the Germans reached the Meuse.
The Allies had indeed liberated the port of Antwerp on 4 September but the Germans were still at the head of the Scheldt estuary, largely preventing its use in Belgium. 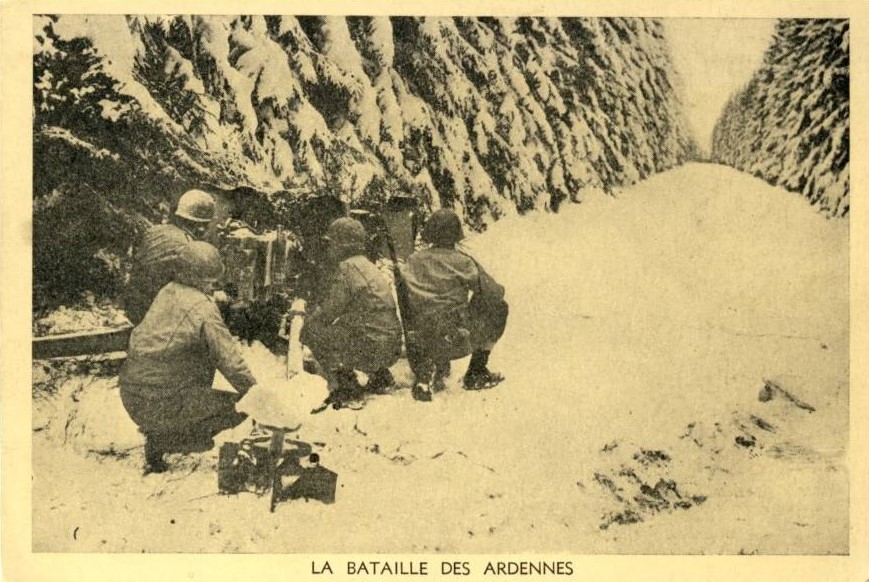 The offensive started at 6 a.m. German patrols tried to break through the Allied lines. But the real offensive began at 8 a.m. in the fog.

The Germans tried to break through to the north but soon found themselves blocked thanks to the 2nd American Infantry Division. In the south, a minefield blocked their way.

Around 3 a.m., German planes dropped a thousand parachutists north of Malmédy. But the pilots lacked experience at the end of the war and many of the parachutists were quickly captured by the Allies.
On the ground, the Germans cut the telephone lines to confuse the Allies.
It was also on this day that the Baugnez massacre took place, in which a hundred American prisoners lost their lives executed by the Germans led by Colonel Peiper.
In Clervaux, an army of veterans led by General Cota stopped the Germans in their attempt to conquer Luxembourg.

Colonel Peiper’s German troops seized Stavelot, but they were soon confronted by the American army.

At Diekirch, the Allies fought bravely, forcing the Germans to send unplanned reinforcements to this front. 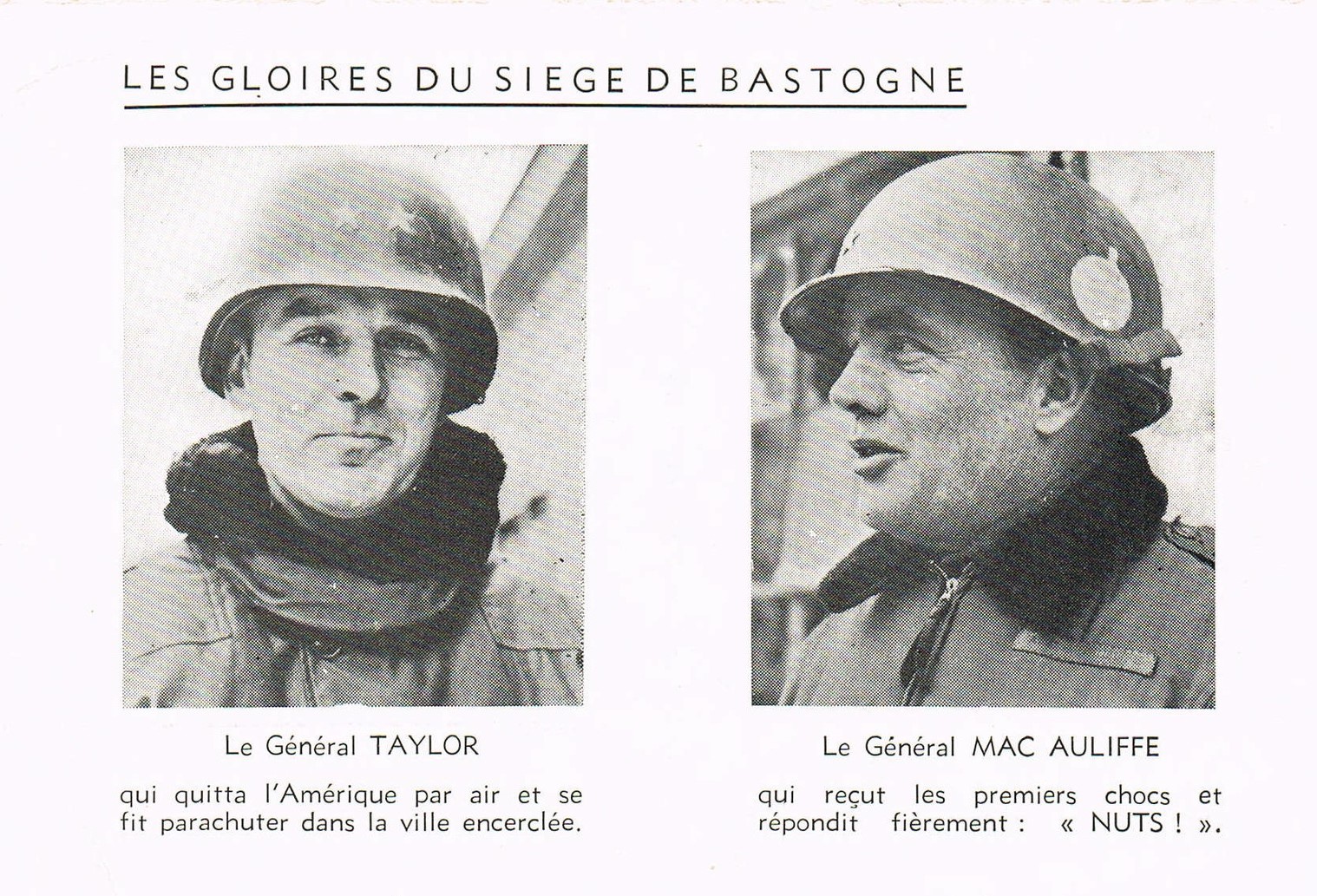 After heavy fighting at Stoumont, Colonel Peiper’s troops had to retreat to La Gleize.
The Germans, on the other hand, won a victory at Saint-Vith.

In Bastogne, the Germans demanded the surrender of the American armies. Brigadier General McAuliffe’s reply, “NUTS! ” will go down in history. General Patton and his army were soon on their way to help him. 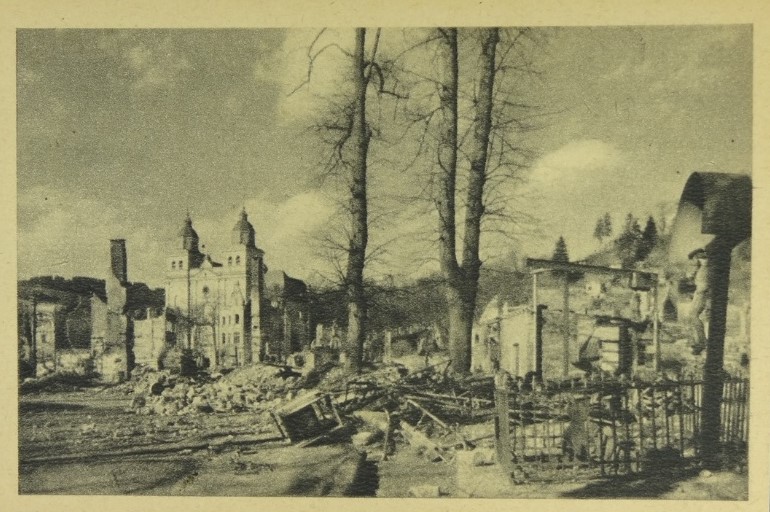 With the bad weather behind them, aviation was able to get back in operation. The Allies made five times as many attacks as the Germans.
In the north, Colonel Peiper gave up, blew up his vehicles and drove off with the able-bodied soldiers through the woods.
Bastogne, on the other hand, was still at the centre of the fighting. The Allies were regularly resupplied, which allowed them to hold the place. General Patton and his armies were on their way to help them.
In the Dinant area, the Belgian population helped the Allies to repel the German enemy with its knowledge of the battlefield.
The town of Malmedy was mistakenly bombed by the Allies, killing hundreds of civilians.

The Allies reached Dinant and Bastogne. This opposition was paid a heavy price in human lives. However, victory was won and Hitler decided to abandon his offensive to retake the port of Antwerp.

The end of the Battle of the Bulge

There will still be further fighting in January, with Operation Bodenplatte, among other things, attacking some 30 Allied bases. On the other side of the battlefront, the Soviet armies resumed attacks against the Germans, forcing the latter to abandon the Belgian and Luxembourg fronts for good. 24 January is considered to be the end of the battles of the Bulge after the Allied armies retook Saint-Vith.

This military victory was well worth commemorating given the number of men who gave their lives to preserve freedom.