Were you rich if you had 1 billion marks in 1923? Considering that a loaf of bread was worth 3 billion marks at the time, it’s clear that you weren’t! These notes are, however, part of the world’s monetary history and a source of excitement for numismatists and other banknote collectors. 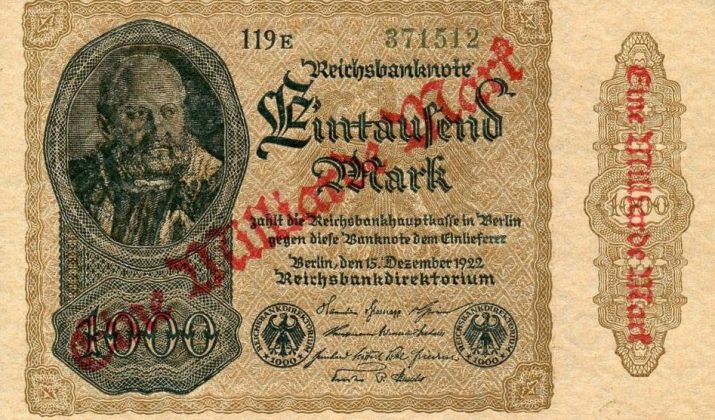 1 billion-mark banknotes were produced in Germany in 1923 (Weimar Republic) when the country was experiencing an unprecedented economic crisis.

What caused the inflation?

Contrary to what you might think, inflation in Germany didn’t start after the First World War with the reparations for the Allies’ war efforts. It started much earlier. It began in 1914, at the beginning of the war. Financing a war is costly and Germany, like its opponents, went through a period of hardships.

The government at the time issued many government bonds which were underwritten by the country’s inhabitants. At first, the bonds were proposed twice a year. From 1916 on, the government began issuing them more regularly and disseminating information about the issues. You can find various propaganda cards in the postcards section on Delcampe that urged Germans or their opponents to purchase bonds.

Germany’s debt grew to the point that the gold standard was no longer followed. The gold-backed mark was then abandoned and replaced with the “papiermark”.

By the end of the war, Germany’s debt amounted to 150 billion marks! The Treaty of Versailles, signed in 1919, aggravated the situation further. In addition to losing wealthy regions (Alsace, Lorraine and Sarre to France, the Eastern Belgian cantons, a third of Silesia to Poland, among others), Germany was also required to provide reparations to fix the damage caused by its invasion of Belgium and France. The amount to be reimbursed was set at 132 billion 1914 gold-marks. Of course, Germany didn’t have this amount. At the time, the wealth produced in all of Germany amounted to 3 billion marks a year. Even worse, its colonies and their financial revenue were confiscated.

Industries and an economy in full slide

The debt of industrial groups increased significantly. Inflation allowed them to pay their debts to the German central bank more quickly.

European financial groups financed the German central bank by investing foreign capital. Unfortunately, many were bearish speculators and their investments were short-term. Profits were lavish for the investors but destroyed the German economy.

1923, the peak of hyperinflation

In 1922, Wilhelm Cuno came to power. He attempted to conclude an agreement with France to delay his country’s payment deadlines, but France refused.

Coins ceased to be minted because their production cost was higher than their value. In addition to the German central bank, which continuously injected the economy with new banknotes, other financial players in the country also began to issue banknotes.

Inflation was so rapid that workers were paid twice a day! One beer cost 4 billion marks!

What kind of banknotes were there? 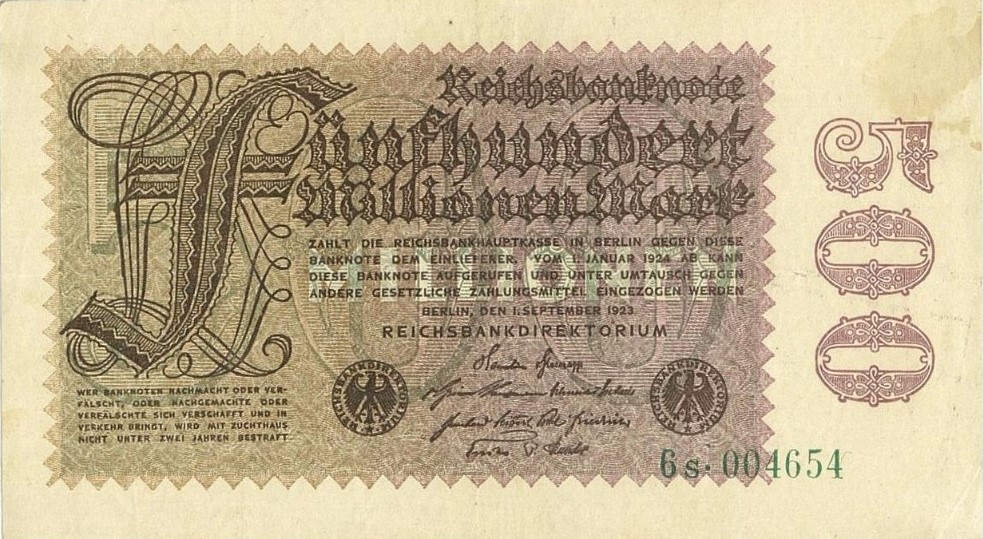 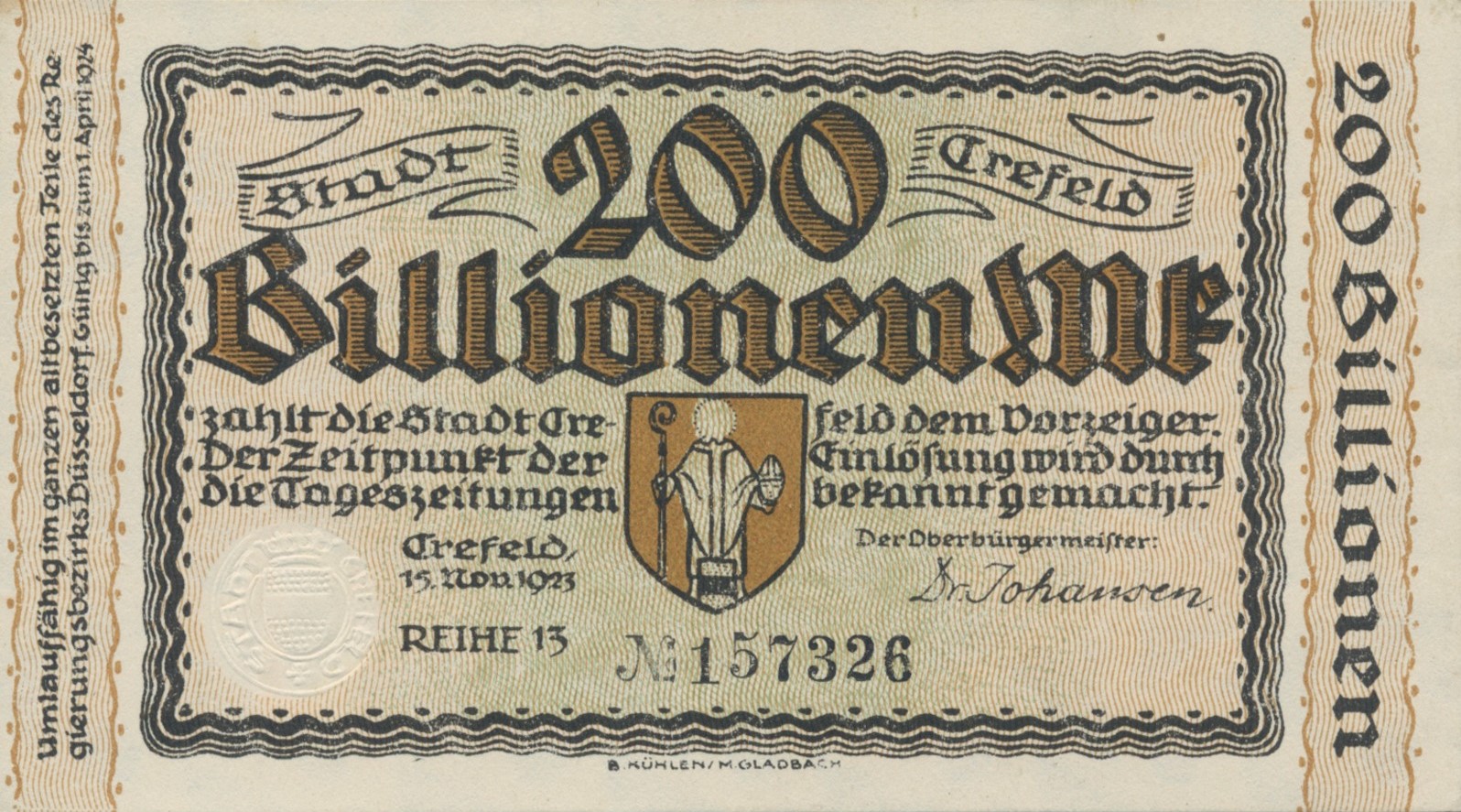 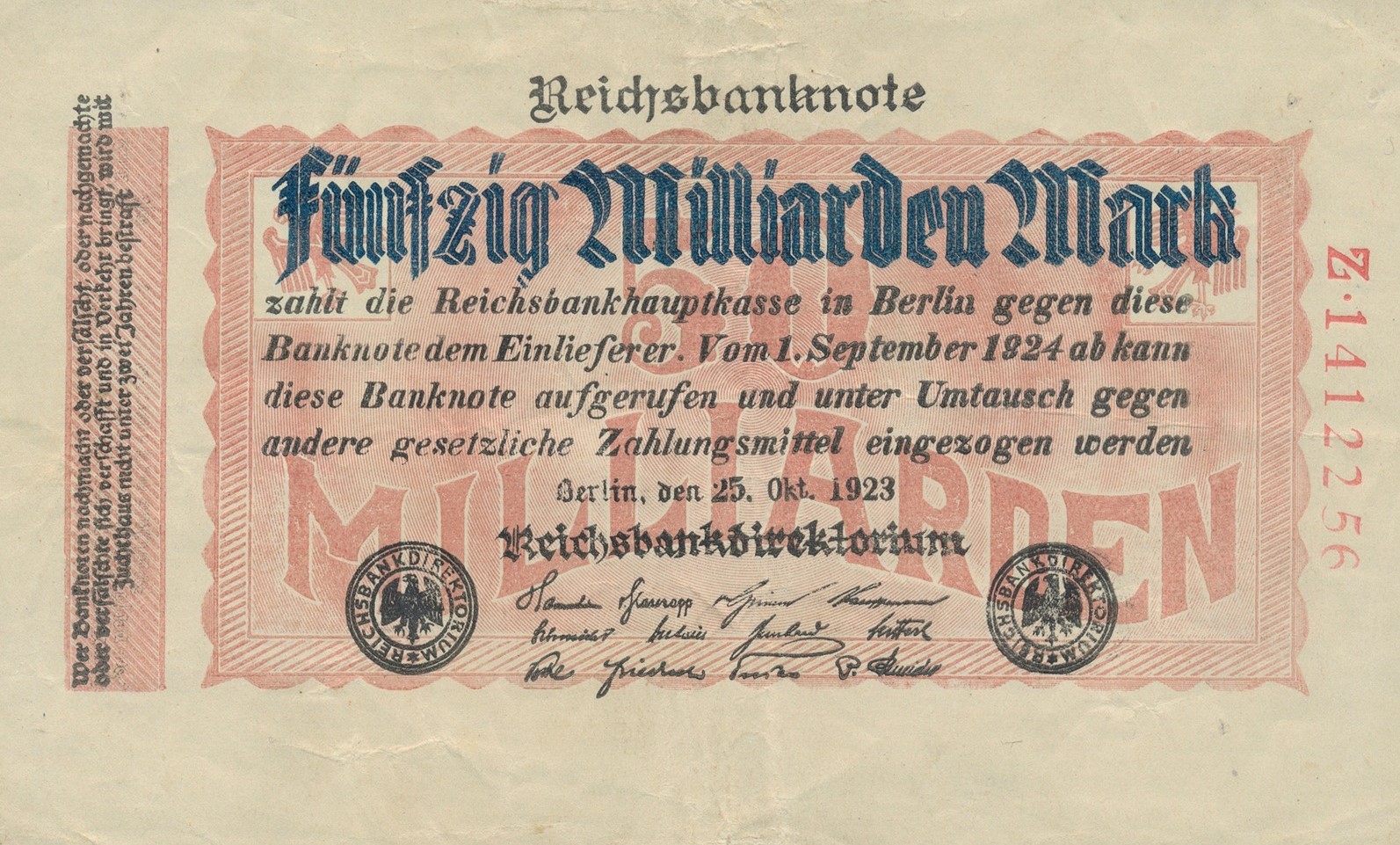 Stabilisation and the end of the crisis

Faced with the extent of the crisis, Cuno resigned in August 1923. He was replaced by Gustav Stresemann, who implemented three major measures in 1924:

– He banned private currency issues.
– He reduced the number of payment methods available to Germans.
– He chose to freeze credits.

He also blocked foreign speculation by refusing to value capital in a currency other than the Rentenmark. Launched in December 1923, this currency was based on the agricultural and industrial wealth of the country.
Within a few months, the German economy was saved. Starting in 1925, foreign countries returned and invested their capital in Germany. The country continued to flourish until 1929.

If you’re looking for more German banknotes, explore this category on Delcampe!

Collect moments of happiness with Delcampe !