We present a selection of member recollections for Delcampe’s 20th birthday. We asked three questions: How did you discover Delcampe? What memory or anecdote about the website would you like to share? What do you wish Delcampe for its 20th birthday? 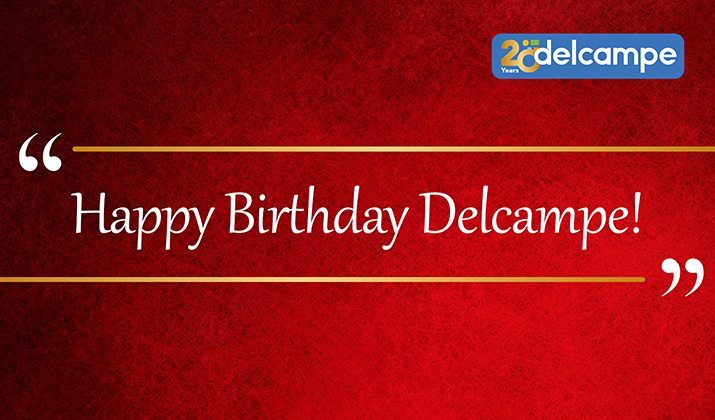 Our members are our best ambassadors! Thanks to Hoatzinstamps, Horizon, Jailpy et Postcardcollector16 for sharing their stories!

I discovered Delcampe about 14 years ago. I needed to move my stamp collecting from eBay due to their Draconian hardening of their general terms and conditions of use and an increase in fees. I wanted to work with a partner who understands the specificities of collector marketplaces, who has flexible commercial practices, offers fair and reasonable prices, listens to sellers and buyers, provides customer service that fixes problems quickly, is free for selling and, importantly, has a high-performance Lister application. Delcampe turned out to be a great choice. There were some trials and frustrations during technology changes, but in the end, the Delcampe Team has always been there for us.

I would never have dreamt of receiving 100,000 ratings, but I reached that milestone in March! I’ve also sold and shipped to most countries around the world and that’s where the global scope of the website becomes apparent.

Happy birthday, Delcampe! It’s been a long road over the past 20 years to today’s website. I hope that you will continue to be successful and grow in future. I also hope to continue to sell with you with the same outlook.

I discovered Delcampe browsing on the Internet a long time ago, when I was looking for postcards to complete my collection. At the time, the website was pretty slow, but people like me who have persevered haven’t regretted their discovery.

What struck me immediately was that the constant and shameless search for profit, as it was and is now still very obvious with the other auction websites (I won’t say any names), wasn’t a priority for the website.

What motivated Delcampe, and still motivates it, is a spirit of real interest, I would even say of affection, for the world of collecting. It nourishes it and ensures its survival, thanks to which people who are motivated by the same passion, the love of antiques and their history, can meet on a friendly and neutral playing field.

I like to think that Delcampe will continue on the same, much appreciated, path and I hope it will become more and more popular. Happy birthday!

I discovered Delcampe in 2004, by chance, when I was looking for cancelled American stamps on the Internet. I liked the website so much that I signed up on the same day.

Since then, I visit every day to see the new sales, because I get emails about my favourite searches.

I’ve had some wonderful encounters with collectors in every country in the world and, particularly, a Belgian seller who was amazingly friendly but has, unfortunately, stopped selling. His nickname was Lofizo and I really miss him.

I would like to take this opportunity to wish a happy 20th birthday to the entire Delcampe website team. I hope you will continue to be successful because you bring so much happiness every day, even more so during this pandemic, which has been so destructive.

See you tomorrow for new emails and take care everyone!

I discovered Delcampe in 2011. I retired as a teacher that same year. I decided to take advantage of my extra free time to dedicate myself to my postcard collection. I already knew about eBay, but a friend from the “South Wales Postcard Club” told me about Delcampe. I joined and, a little later this year, I’ll be celebrating my 10 years with the website.

I’ve expanded my collection significantly: my Delcampe account shows that I’ve made 5,434 purchases. Some of the purchases were for unique cards, others for series or lots. I would never have found and bought them without Delcampe.

My best memory of Delcampe has to do with one of my most recent purchases. I bought a postcard from a Portuguese seller recently. I waited and waited, but it never arrived. I sent several messages to the seller asking him if he had sent it to me. I never received an answer. In the end I was so angry that I gave him a negative rating. A few days later, I received a message from the seller. He apologised for not sending the postcard and explained that his mother had just passed away. Due to the Covid health restrictions, he wasn’t allowed to travel in Portugal and had not been able to retrieve the card to send it to me. He refunded me in full. I was very ashamed that I gave him a negative rating under the circumstances. I immediately rectified the situation and sent my sincere condolences in the message with the new rating. I received a letter from Portugal this week. The letter contained the postcard I purchased but never received. The seller added that he didn’t want payment for the card, that it was a gift, a thank you for the condolences I had sent him. This gesture touched me deeply.

My mother died this week. She was 90 years old and; fortunately, her death wasn’t due to Covid. I felt a strong bond with the seller. I have just experienced the same distress as him. I realised that although we have never met, and that we will probably never meet, there is a bond between us which could not have existed if it were not for our shared passion for postcards and our presence on the Delcampe website.

I would like to wish Delcampe a happy 20th birthday. Delcampe has been enabling postcard sellers and buyers to buy and sell for 20 years in a pleasant and joyful environment. These feelings are a benediction on earth and Delcampe truly deserves our sincere recognition. Congratulations or “Llongyfarhiadau” as we say in Wales. I hope I will still be an enthusiastic Delcamper in 20 years. Then I’ll be happy to pick up my pen to celebrate Delcampe’s 40th anniversary, if I’m invited to do so.