The theme of saint’s days is very popular with postcard collectors. Of course, the first postcards that come to mind are for Christmas, Easter and Valentine’s Day. However, there are also other, more eccentric, ones. 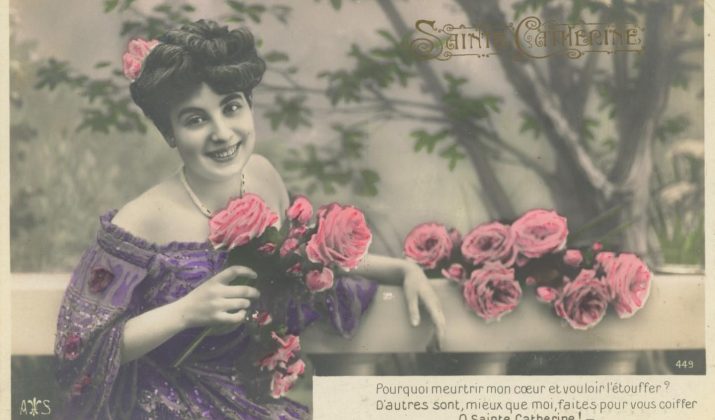 We celebrate Saint Catherine on 25 November (at least, she was celebrated until 1970 when the Church removed her from its calendar). It was most certainly one of the least feminist-friendly festivals of all Christianity. Nevertheless, an amusing expression remains with us today: “capping Saint Catherine” or, to become a Catherinette! This is said of young women who are unmarried by the age of 25.

The legend of Saint Catherine

Saint Catherine was thought to be the daughter of King Costus. An erudite young woman, a virgin and pious, she believed in God and in Jesus. When Emperor Maxentius (according to writings, but it is far more likely that it was Emperor Maximinus) called on all of the inhabitants of his province to gather to make sacrifices to idols, Catherine refused.

The emperor summoned the wise men of the period to convince her to give up her faith, but, with the help of an angel, Catherine refuted all of their arguments. On the contrary, the wise men converted. The emperor also tried to marry her. She refused several times because she had taken Christ as her fiancé! 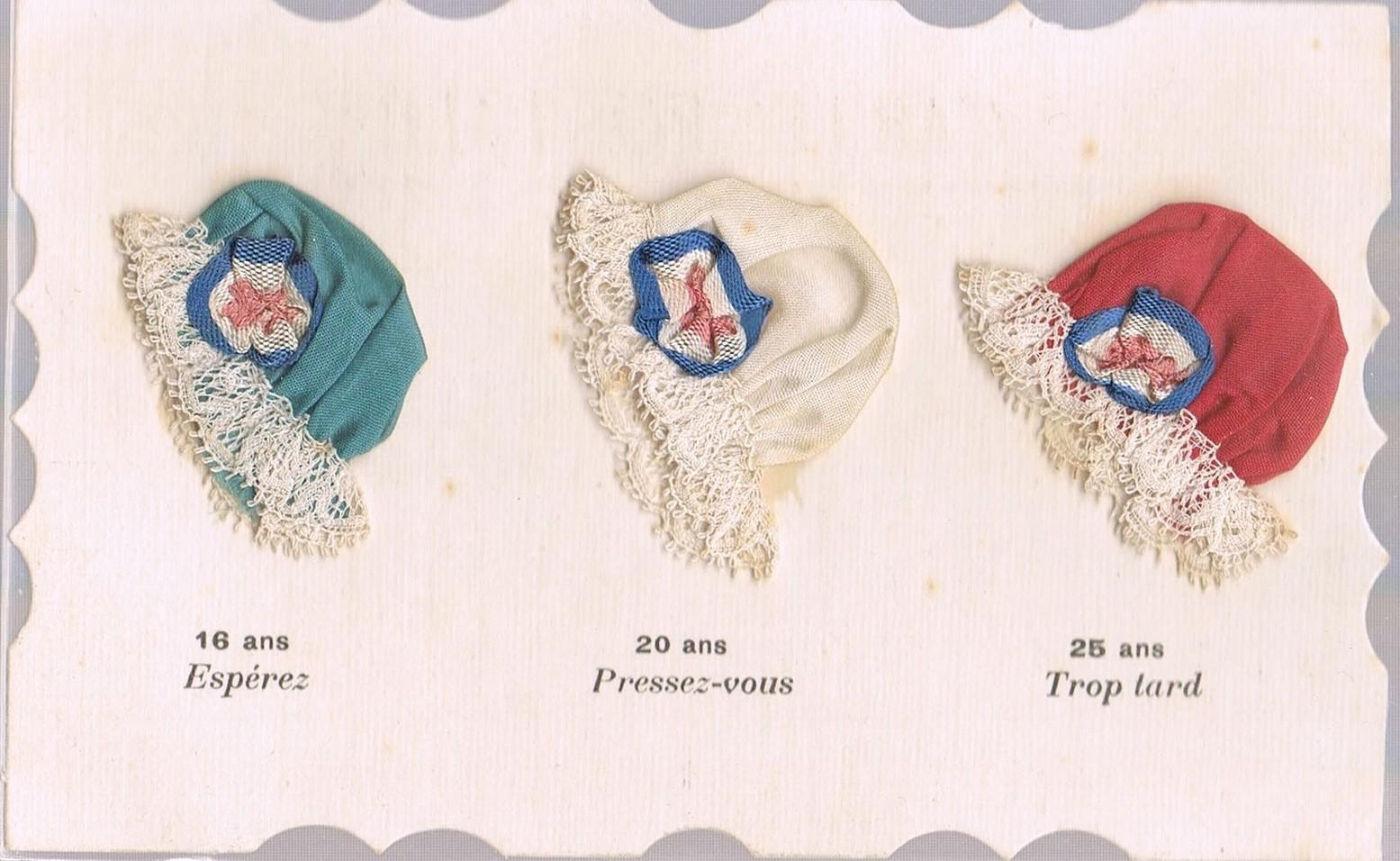 In the end, the emperor sentenced Catherine to a horrible death, to be torn apart on four spiked wheels. She was again saved by angels but was eventually decapitated. Instead of blood, milk flowed from her veins.

According to legend, the angels lifted her body to the top of Mount Sinai. She became the patron saint of the monastery there, where she is buried. She later appeared before Joan of Arc with Saint Margaret and the archangel Michael.

Saint Catherine is, among other things, the patron saint of young, unwed women. Young women must put a cap on her head every year on 25 November.

The task must be carried out by single women over 25. This is where the expression “capping Saint Catherine” comes from. While nowadays the normal marrying age for young women is several years later than 25, this wasn’t the case even a few decades ago.

Custom also required that Catherinettes wear a hat on 25 November to celebrate their patron saint. Lastly, and it must be said that this was fairly cruel, tradition required that a Saint Catherine postcard be sent to the young women in question. There are all sorts of these postcards, sometimes showing the cap and sometimes the woman wearing it. There are also humorous postcards, as you can see in the illustrations for this article. 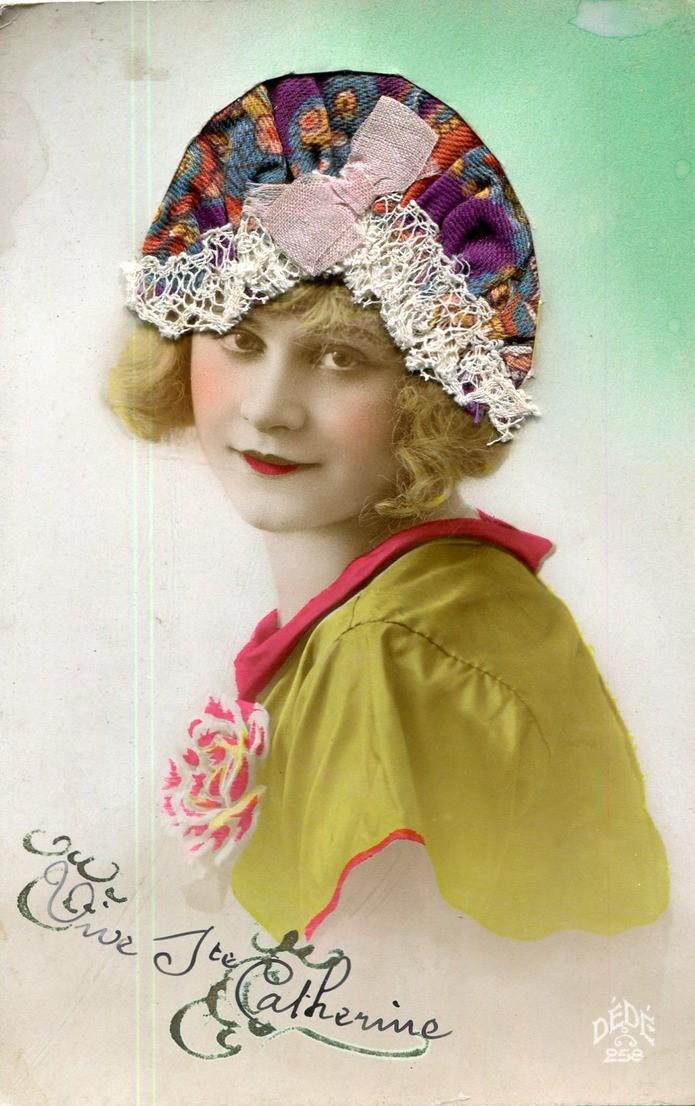 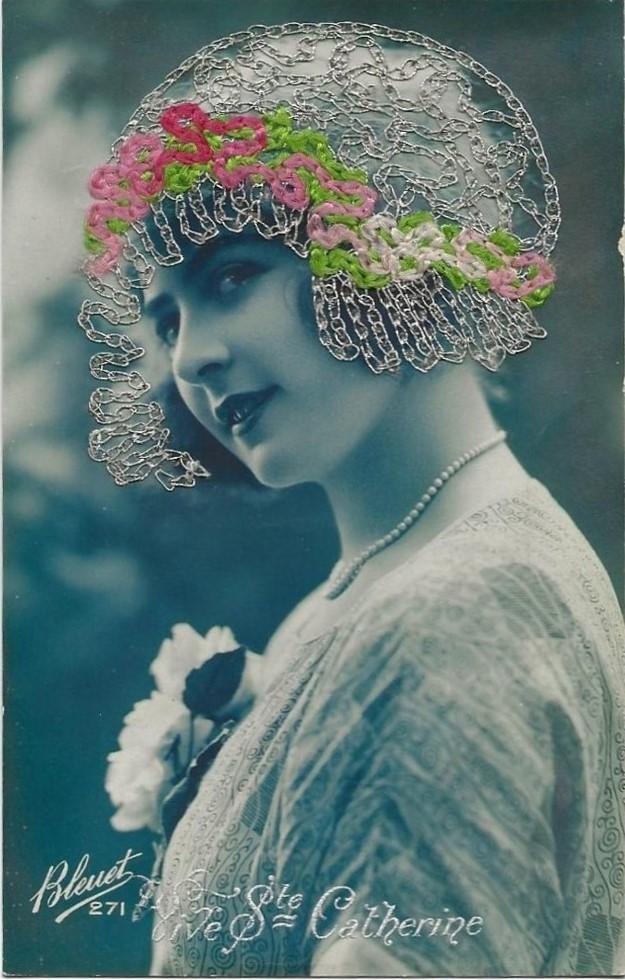 From Morocco to Saint-Pierre et Miquelon a story of fakes