Michel Pedrero, president of the association APCPO "Las Abelhos" is pleased to present us this American philately classic. The Blue Boy is a very rare stamp issued in 1847 by the post office of the city of Alexandria, Virginia, in the United States. 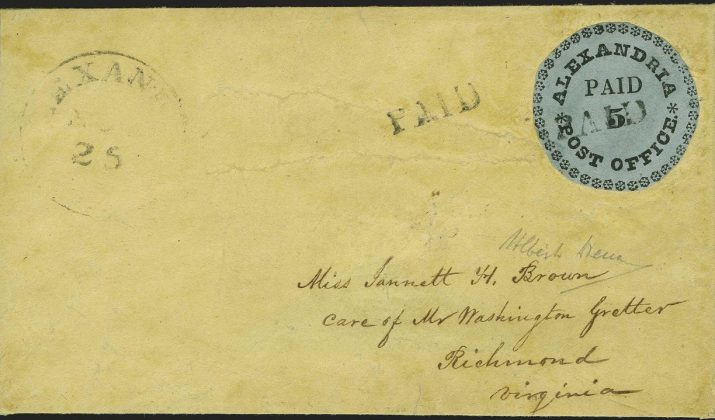 It takes its name from the characteristic that makes it unique, its colour. It is one of the few stamps to have remained from this extremely rare issue of Postmaster’s Provisionals made in Alexandria, from 1846 onwards. To date, only seven issues are known.

The “Blue Boy” is the only issue printed on blue paper, the others are on buff-coloured paper. Issued even before the federal government of the United States issued postage stamps, the Blue Boy has long been an icon of American philately. The envelope bearing this stamp once contained a letter detailing a forbidden love affair between young lovers of different religions that should have been burned when it was opened. Fortunately for today’s collectors, the young woman disobeyed this injunction. Thus the Blue Boy is today the only stamp of this issue. 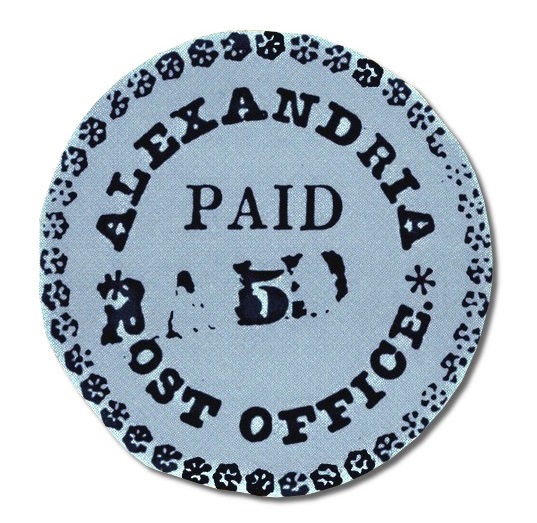 The story of the “Blue Boy” from Alexandria has been written and told so many times that surely most collectors know the details by heart.

Inspired by the British postal reform of 1840, which required the sender of a postal item to pay for postage, several post office receivers in the United States decided to print postage stamps, most often valid only within their own state.

Alexandria was one of eleven cities that manufactured stamps to provide its citizens with a convenient way to pay for postage in an era prior to the introduction of national postage stamps in the United States on 1 July 1847. 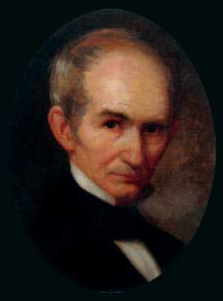 These temporary stamps were manufactured under the direction of Postmaster Daniel Bryan. The identity of the printer who carried out the work is not known. However it has been suggested that it could be Edgar Snowden, the publisher of “ The Alexandria Gazette” whose offices were located near the post office.

The stamp is round. It was printed in pairs, from two images, in typography on blue or brown paper. These two images are not quite similar and are classified as Type I and II. Both types follow the same general circular design with the outer edge consisting of rosettes which surround in a smaller circle the words ” Alexandria * Post Office• *” with in the centre of the stamp the horizontal word “Paid” with below the figure ” 5 “.

However, while type I has forty rosettes, only thirty-nine are found on type II, which also differs from type I in its letter and asterisk spacing. All are handcrafted. At present, only one copy of the Blue Boy is known, and six on brown paper. The production of two stamps at the same time suggests that at least one Blue Boy of type II must have existed.

The blue issue is not only unique, but is accompanied by a romantic tale of forbidden love that has fascinated collectors for over a century.

On November 24, 1847, Mr. James Wallace Hooff used the stamp to send a love letter to Miss Jannett Hooff Brown in Richmond, Virginia. Her family was Presbyterian, Jannett’s family was Episcopalian.

These two lovers were second cousins, but their families had forbidden them to meet because of obvious religious differences.

Such as in Romeo and Juliet, the respective families prevented the young lovers, aged 24 and 23 respectively, from expressing their feelings openly.

They were forced to communicate in secret, with each stealth letter being a threat to exposure. In that letter, James wrote in part:

“The reasons you give for not writing often are valid. Whenever you think you can write me a line without arousing the attention of your cousin Wash, do so, for it gives me great pleasure to receive a letter from you, however short it may be.

Guided by the instinct of love, he went on to say:

“Mother laughed and said: ‘If there was love, my aunt Julia was sure to find it,’ and in making this remark, I think she looked at me, but I kept reading, as if what she said didn’t apply to me in the least. ”
Most notable is the last line of James Hooff’s letter, which simply stated: “burn as usual”.

If Jannett had followed his instructions, the Blue Boy from Alexandria would have been lost forever. However, for some unknown reason, Jannett chose not to destroy this letter and the stamp escaped a burning fate. The circumstances that motivated her decision to keep this letter, and no other in the correspondence, only add an incredibly mysterious aspect to this romantic correspondence.

James and Jannett’s secret correspondence lasted for years until February 17, 1853, when they were able to marry and raise a family of three children.

Their only love letter remained hidden until 1907, when their daughter, also named Jannett, discovered it hidden in her mother’s old sewing box.

She found it on November 10, 1907. At that time James Hooff had been in government service in Washington for several years. He lived with his daughter in Prince St., Alexandria, where the letter was found.

The “Blue Boy” is much more than just a postage stamp. It’s a story of doomed lovers. It is a philatelic icon that has captivated generation after generation, and leaves an empty space in the albums of almost every collector.

A new item page on Delcampe!

Old-time trades? Discover them with postcards!