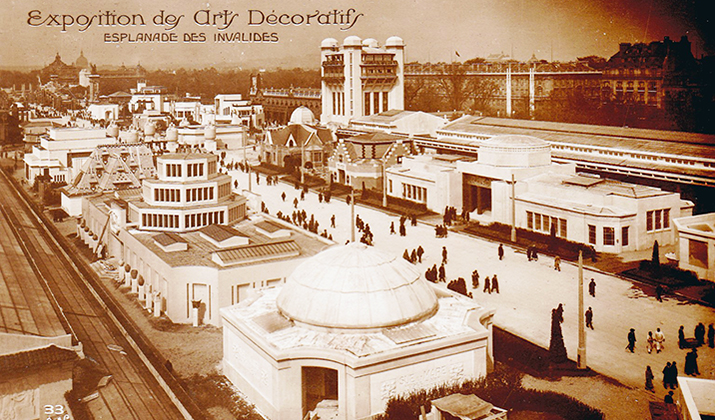 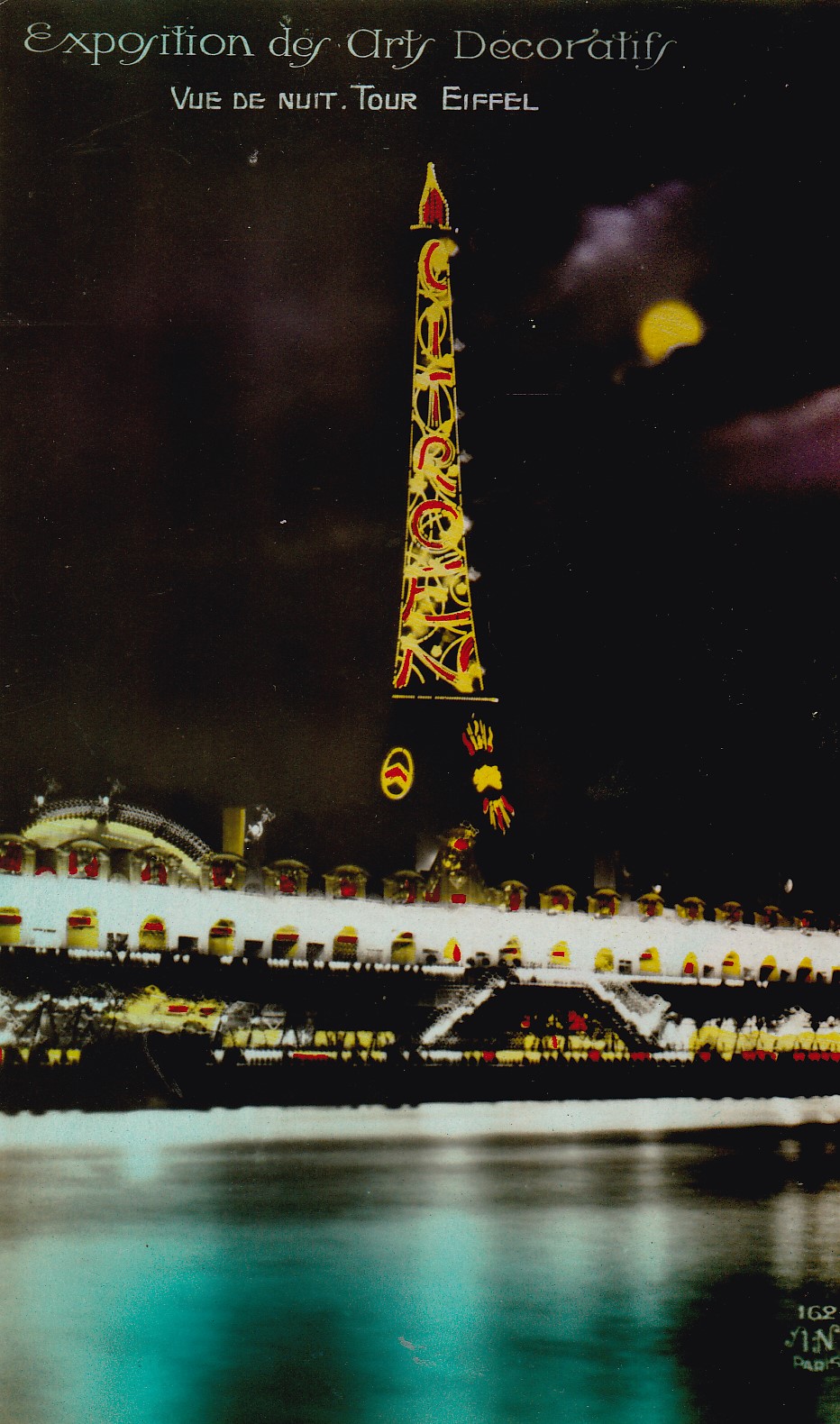 Art Deco is a style of visual arts, architecture and design that combined modern styles with fine craftmanship and rich materials. As a phrase Art Deco comes from the title of a French International Exhibition of Decorative Arts and Modern Industry staged in Paris in 1925 (in French “Exposition Internationale des Arts Decoratifs et Industriels Modernes”) The style appeared in France before WWI and is best characterised in the architecture and decoration of the French designed buildings for the exhibition shown on the 3 postcards illustrated, the “pavilions” belonging to the Louvre, the Layfayette Gallery and the publishers G Cres & Co. 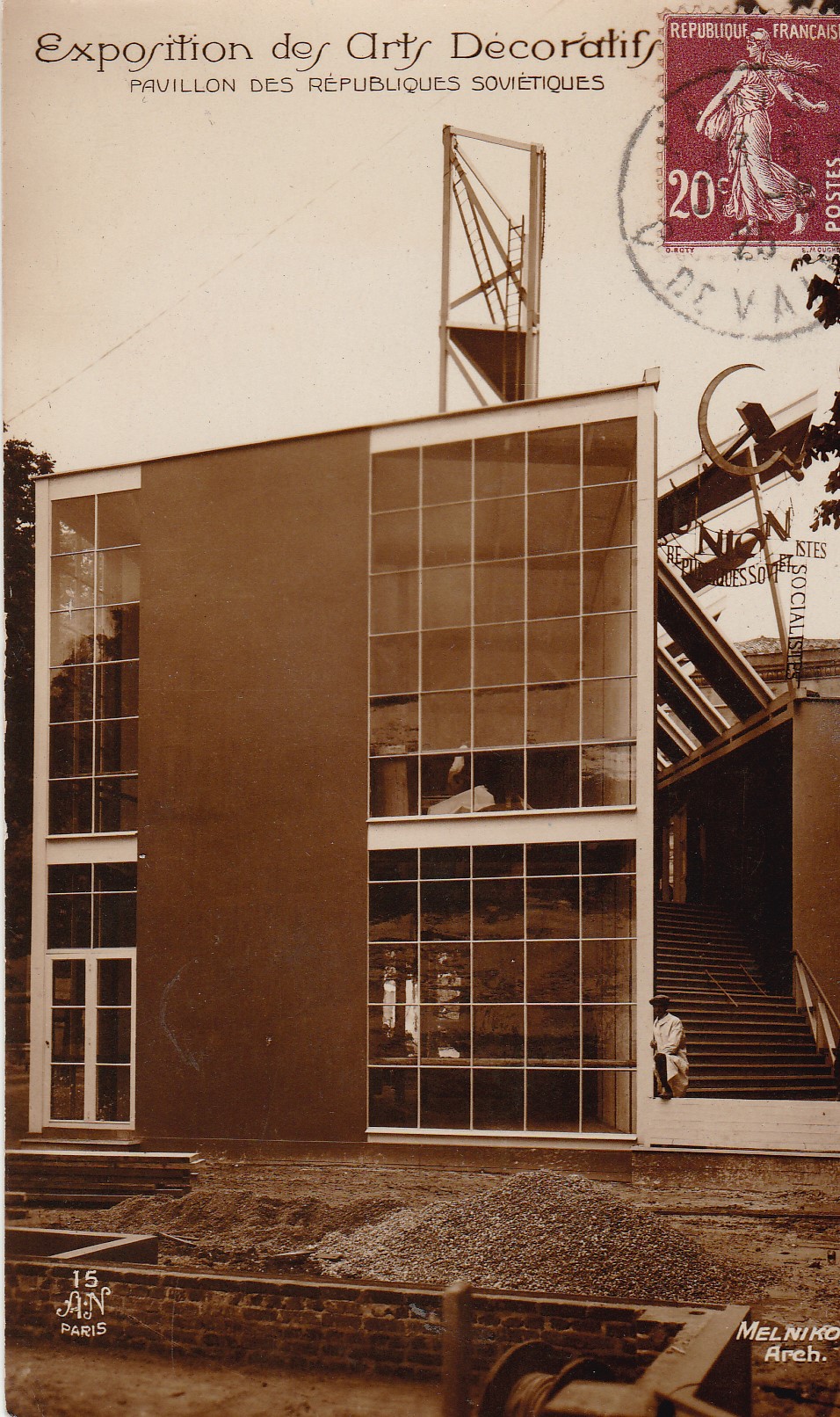 Many other countries also had pavilions but most had not yet assimilated the Art Deco style, those of Japan looked distinctly rural whilst the Soviets looked brutally modern. The British pavilion looked solidly imperial but remember the British Empire Exhibition was being staged in London at this time. The French always did Art Deco the best!

There are many thousands of cards of the Exposition, I collect the cards illustrated, published by AN (Armand Noyer 1864-1954) of Paris. There are about 200 different cards (I have about half and am always looking for (cheap) cards to complete my collection!). There are many night-time views, particularly of the coloured illuminations of the water features of the Exposition. AN’s cards are borderless and the Art Deco font used looks just right (I’m not sure if it was in use before the Exposition or if AN designed it) 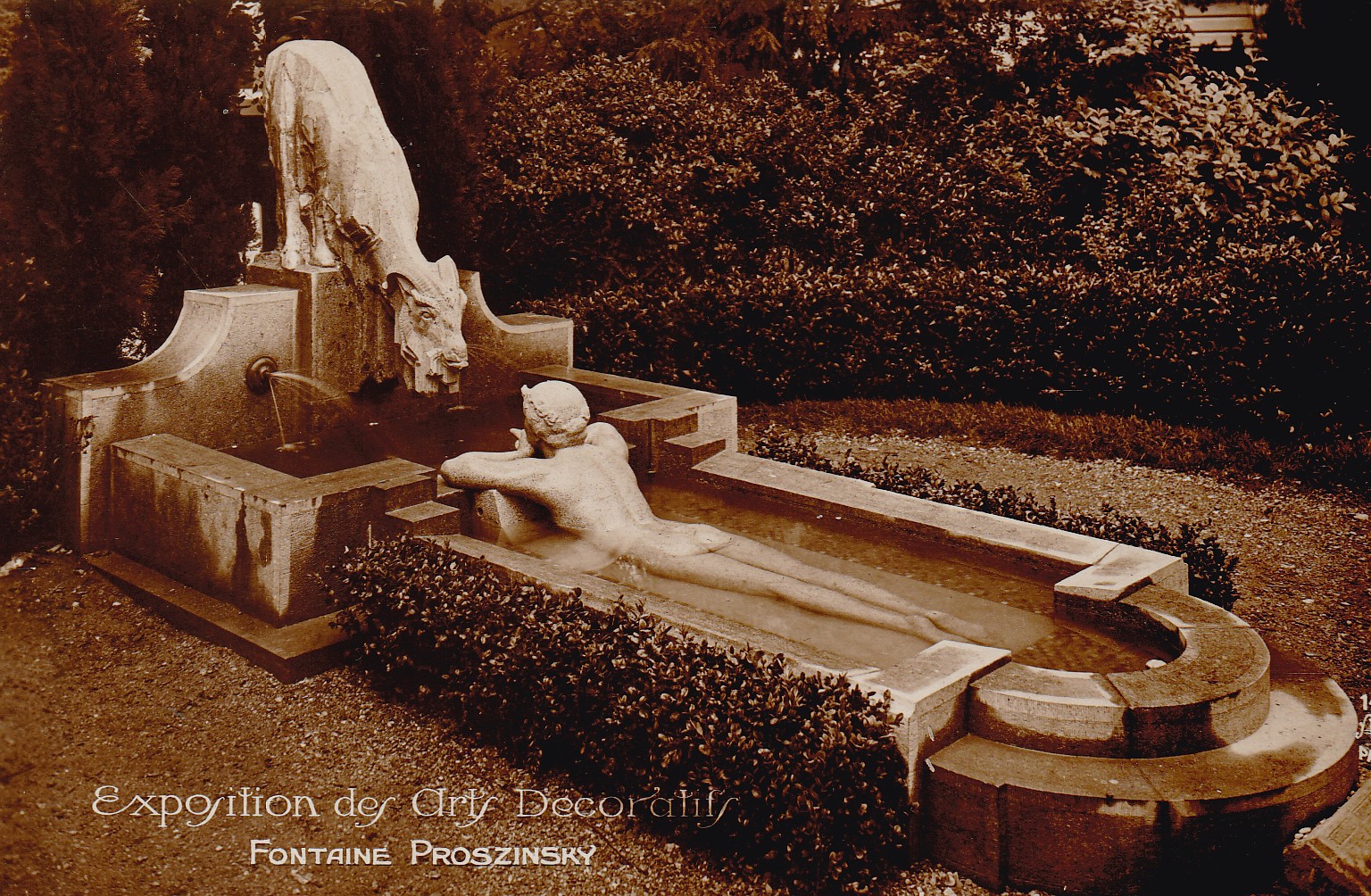 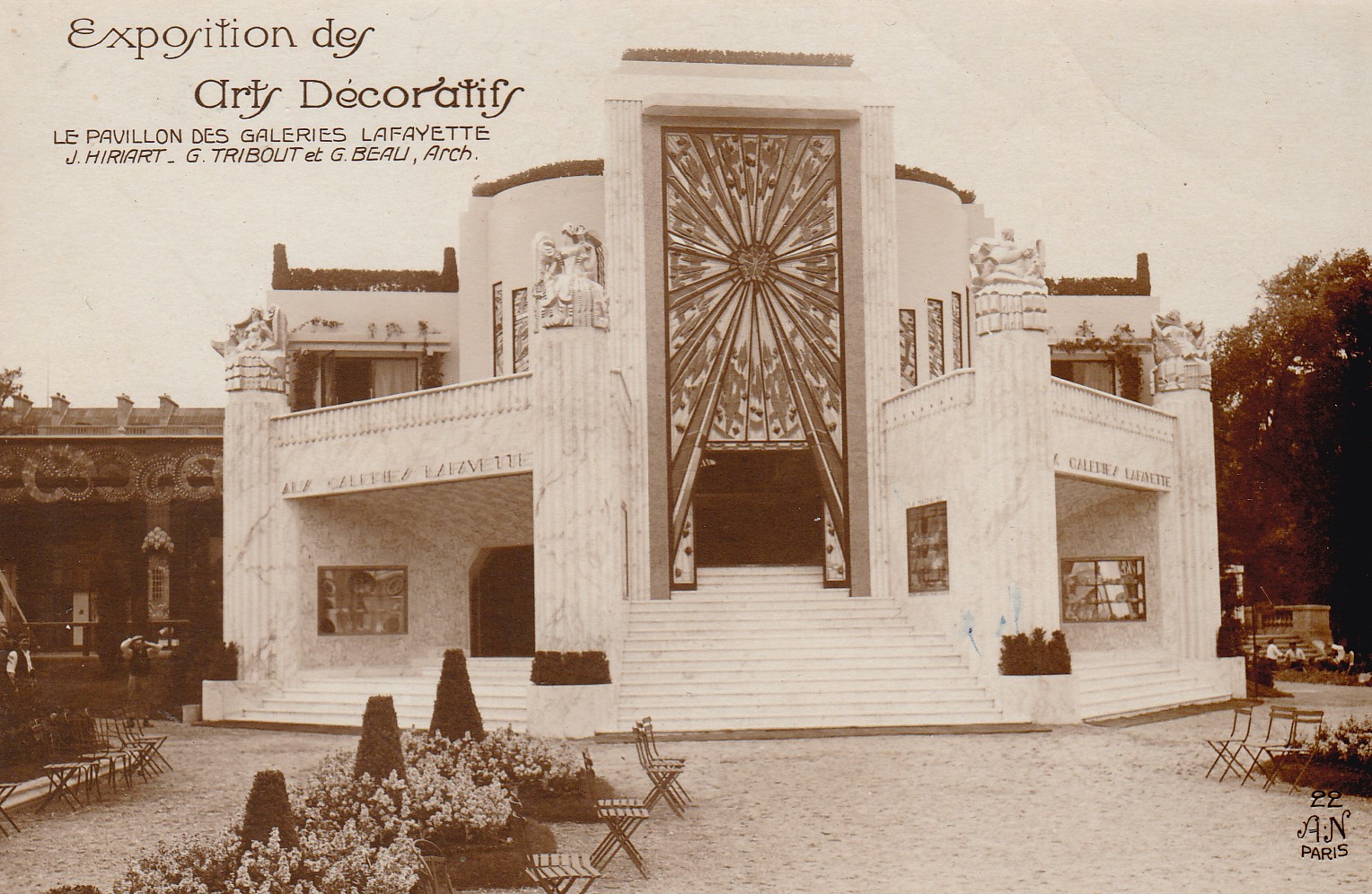 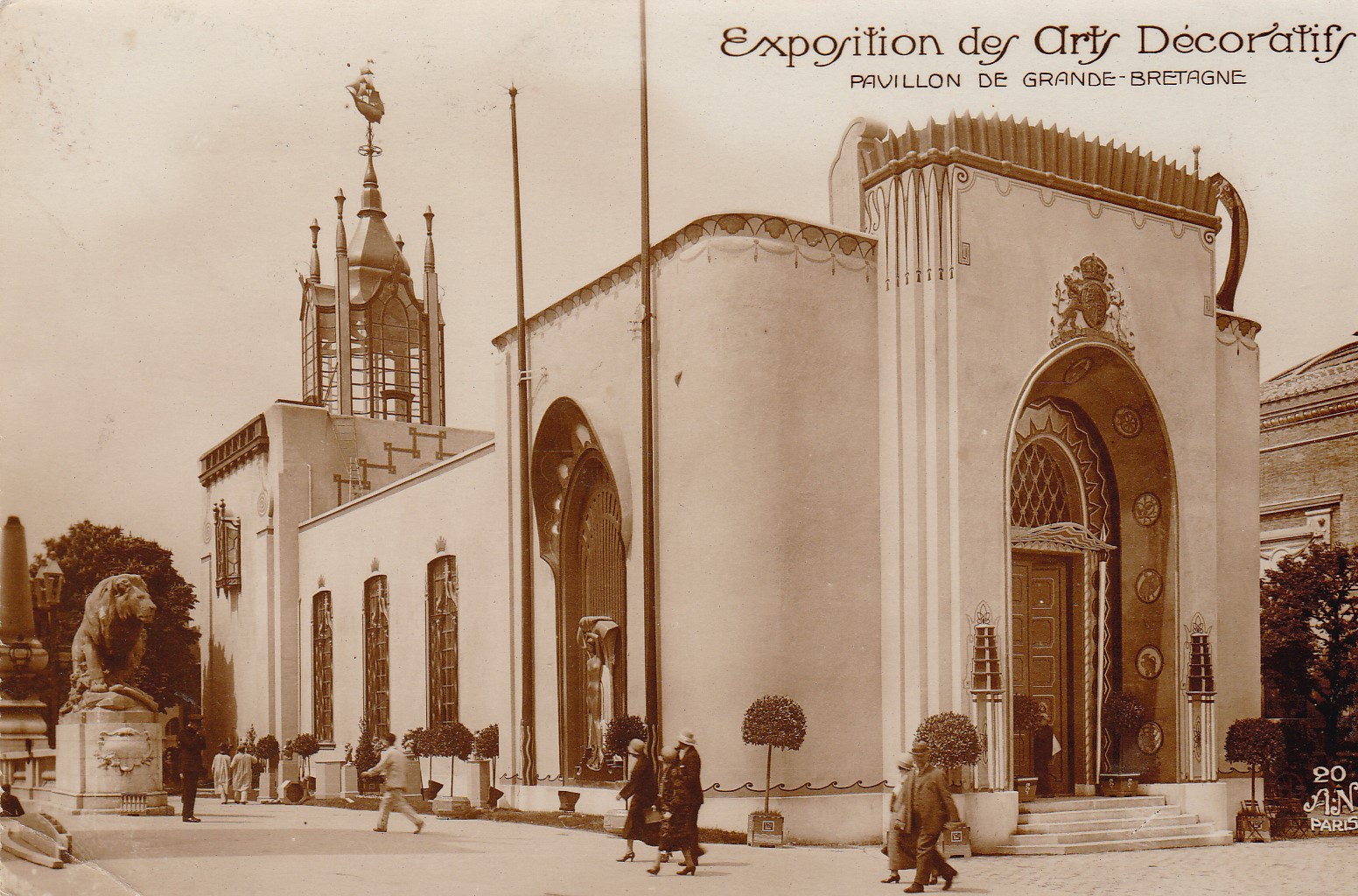 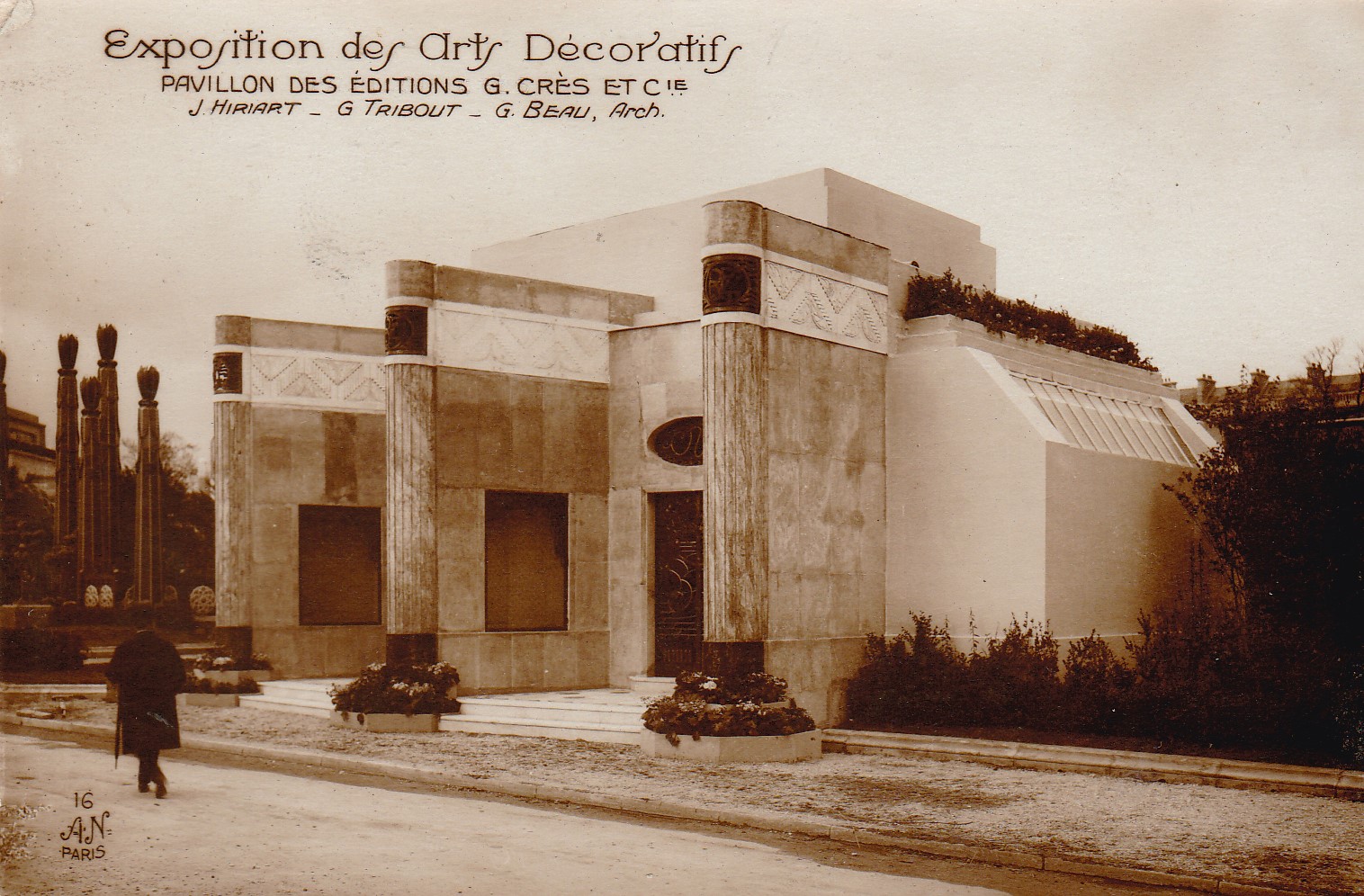 Modern and classic collections are not incompatible.

The postcard barometer on the Delcampe Blog