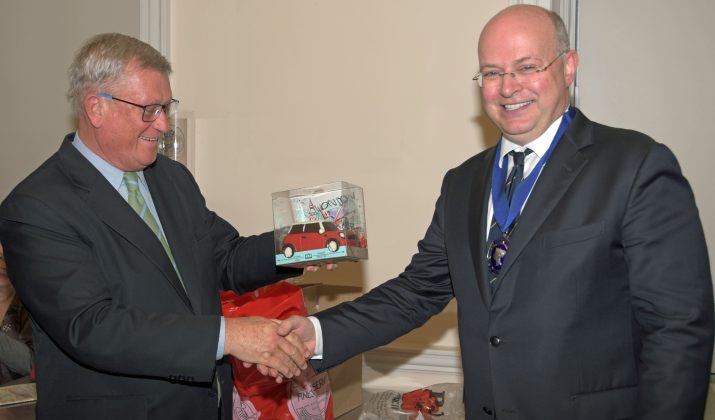 No fewer than 27 members of the Royal Belgian Academy of Philately gave displays to the members of The Royal Philatelic Society London on 4 April. The outstanding material on show covered a wide range of countries: not only Belgium and Belgian Congo, but also notably France, Germany and Great Britain.

In giving the Vote of Thanks, Mark Bailey FRPSL could not find sufficient superlatives to describe the material shown, thanking everyone for the ‘extraordinary displays, with so much wonderful, remarkable and diverse range of material’.

Do you know Maryse Hilsz? A great lady of aerophilately (1st part)