Do you know the first stamps of these 10 countries?

It is likely that many of our readers who are lovers of classical philately can answer this question without the slightest doubt, but a little revision can always be useful. So let's rediscover the N°1 of these countries according to the Yvert and Tellier catalogue. 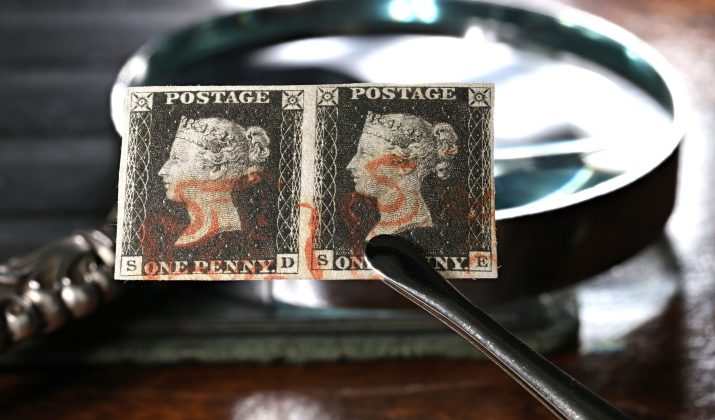 The first stamp of France, which is Republic since 1789, bears the face of the goddess Ceres although the official name of the stamp is “Republic”. The stamp n°1 of the Yvert et Tellier catalogue is the 10c bistre with the effigy of Ceres. It was issued in 1850, which is special because the first stamp issued is listed as N°3. It is the 20c bearing the same face of Ceres.

Spain: The first Spanish stamp dates back to 1850, it depicts Queen Isabella II in profile in white on a black background. This stamp has a face value of 6c and is part of a series of 5 stamps (other values : 12c lilac, 5r red-brown, 6r blue, 10r light green).

Great Britain: Not knowing about the One Penny black of Great Britain issued in 1840 is unforgivable as it is simply the first stamp issued in the world. Bearing the face of Queen Victoria in white on a black background, it is recognisable by its small crown watermark which differentiates it from the 1864 reprints. The 2p blue was issued at the same time.

In Luxembourg, the first stamp issued is in the effigy of William III in profile in medallion on a brown-black background. It dates from 1852 and is part of a series of 2 stamps (the other value is 1s brown-red). In order to differentiate these first stamps from the following print, the watermark of the first issue is a W.

The first Swiss stamp comes from the canton of Geneva. It is a double 2*5c stamp printed in black on a green background with the inscription “Port Cantonal” on the top. It bears the coat of arms of the Canton of Geneva. However, it was not until 1850 that the first stamp valid for the whole of Switzerland was issued.

The first stamp of the former Italian States before unification was a series of 5 stamps of Lombardy-Venetia issued in 1850. When Italy became an independent nation in 1861, 4 stamps of the 4th issue of the Kingdom of Sardinia were first used, perforating them. It was not until 1863 that the first stamp bearing the word “Italian” appeared, a 15c stamp with the effigy of Victor-Emmanuel II.

The first Belgian stamp is bearing the effigy of Leopold I. It is the Epaulettes issue which includes a set of two stamps, the 10c brown and the 20c blue. The first one is the 10c stamp issued in 1849. There are many different shades of this stamp.

As for Switzerland, the first German stamps were local stamps. The first Empire stamp dates from 1872. With a face value of ¼ groschen it bears an embossed eagle in a medallion which is printed in purple.

The first stamps of the United States were first of all local stamps including the famous Blue Boy of Alexandria. We have to wait until 1847 for the first general issue: the first stamp of 5c with the effigy of Benjamin Franklin. It is part of a series of two stamps, the other bearing the face of George Washington and with a face value of 10c.

In the Netherlands, the first stamp issued is in the effigy of William III in profile, as a medallion on a blue background. Its face value is 5c. It dates from 1852 and is part of a set of three stamps (the other values : 10c carmine rose, 15c orange).

You don’t have all these numbers 1 yet? Get these stamps on Delcampe!

The feedback system on Delcampe: a trust label

Do you know the most expensive Belgian stamp?