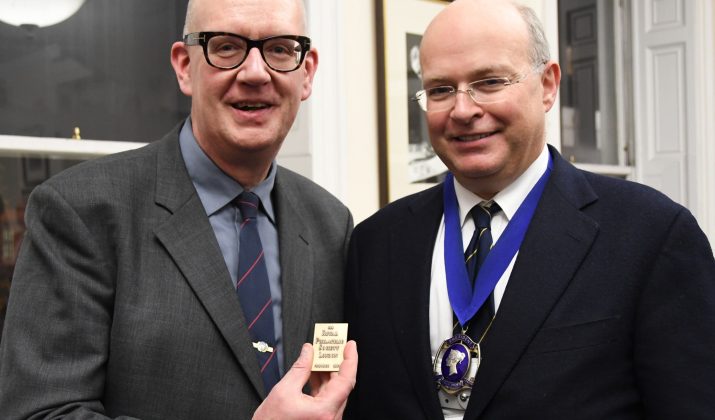 The stamps and postal history of the smaller islands have always fascinated collectors, and hence the appeal of the multitude of islands spread out across the Pacific Ocean. It was therefore not surprising that nearly 130 came to the meeting of The Royal Philatelic Society London on 22 November at which members of the Pacific Islands Study Circle presented the displays.

The material on show was far-ranging: from the issues of the Samoa Express Post Office to the postal history of Pitcairn Island; from the many attractive stamps of the Gilbert and Ellice Islands to recent issues from Kiribati; from civil censorship in the Fiji to coastwatchers of the British Solomon Islands, both during the Second World War; from the Cook Islands and Norfolk Island to the tiny coral atoll that is Clipperton Island.

During his vote of thanks, Ben Palmer remarked how much of the material is difficult to collect, the islands having the attraction of the links with not only the British Commonwealth, but also France and Germany.

Dr Simon Heap, Chairman of the Study Circle, was presented with the plaquette of The Royal Philatelic Society London by its President, Patrick Maselis RDP FRPSL.