It’s sometimes amusing to realise what changes have taken place in a city. In this article, Dave Hill presents some old postcards of London and the tricks postcard publishers used so they wouldn’t have to travel. Enjoy the walk! 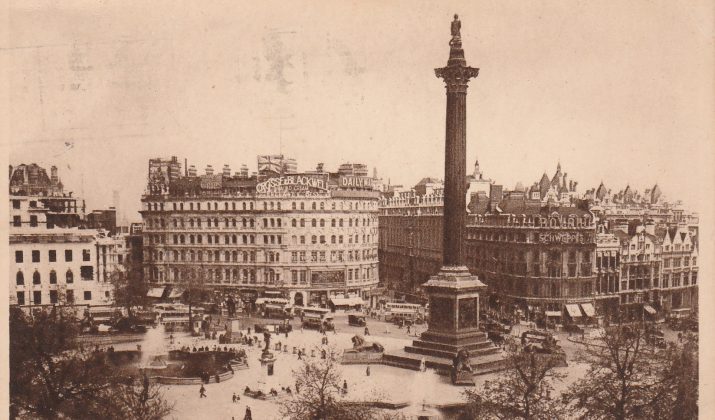 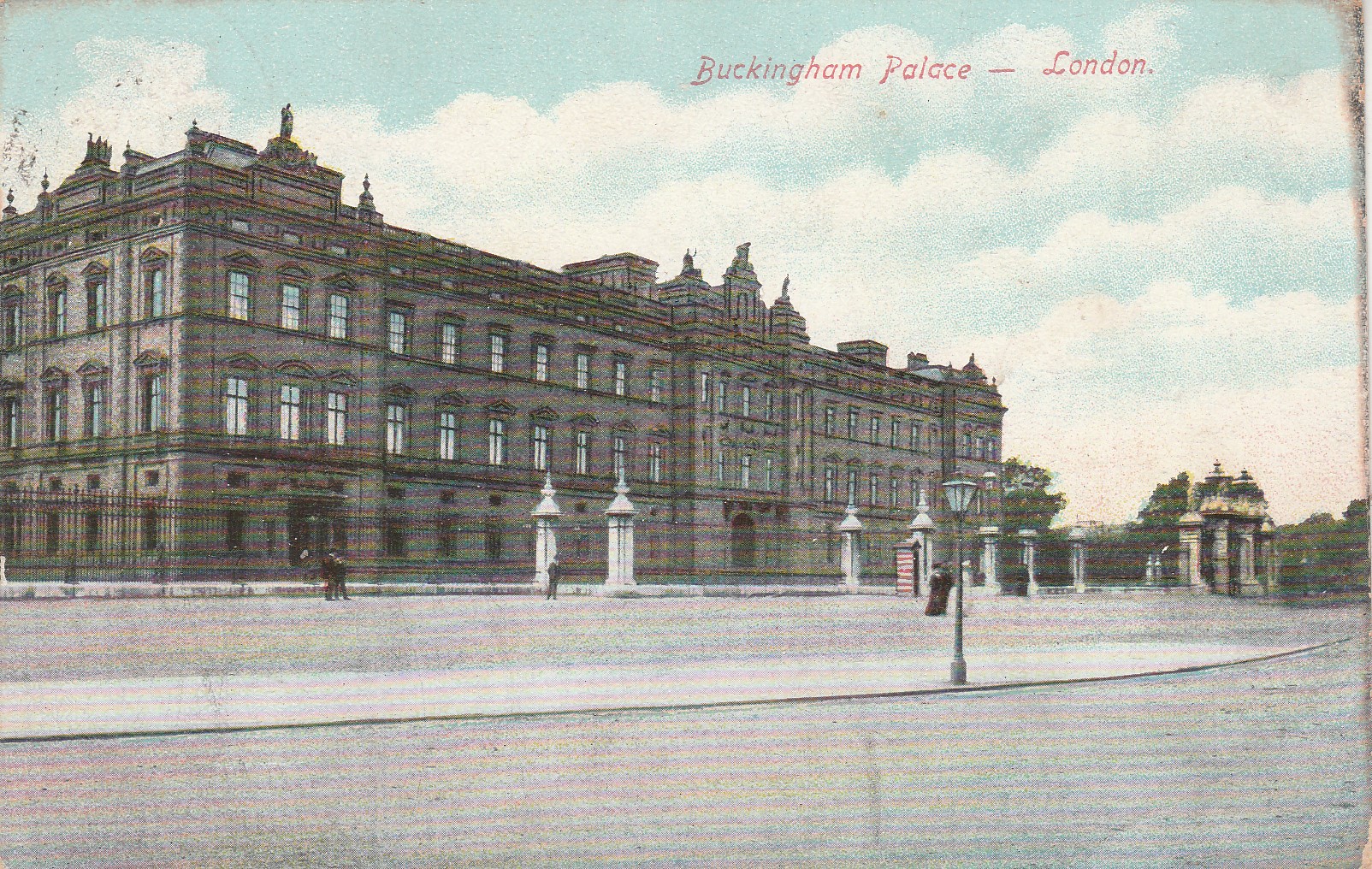 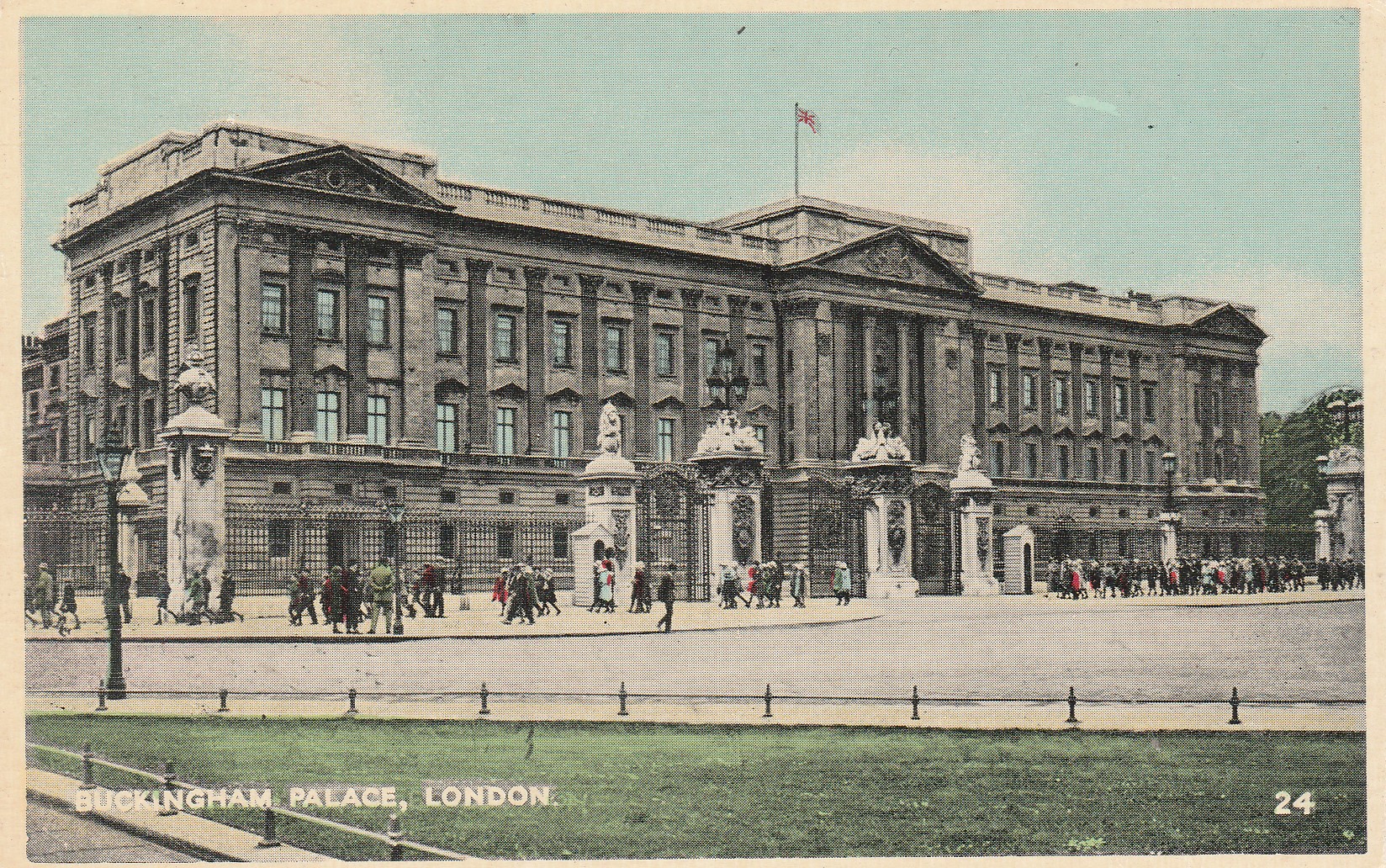 To start with, this is probably the most popular postcard of London: Buckingham Palace, the residence of our Queen. You can see that its appearance is quite different on old postcards from the Edwardian era, compared to those of the Georgian period. This is due to the fact that the new monarch, George V, had the exterior of the palace completely remodelled in 1910. (We hope that some care was taken with the interior too as Queen Victoria declared in her time that it was cold and that they were too few toilets!). This is what these two illustrated postcards show. 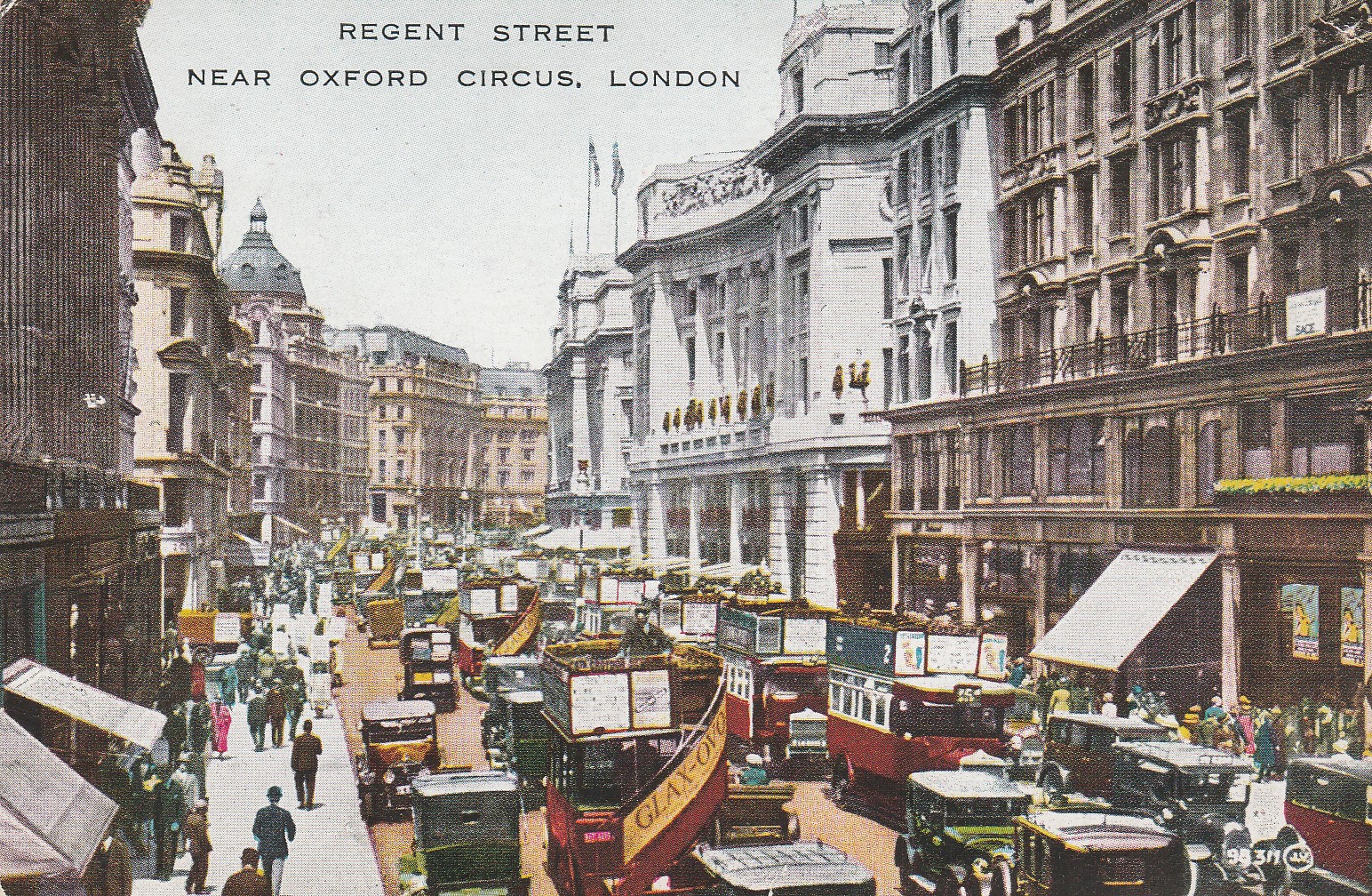 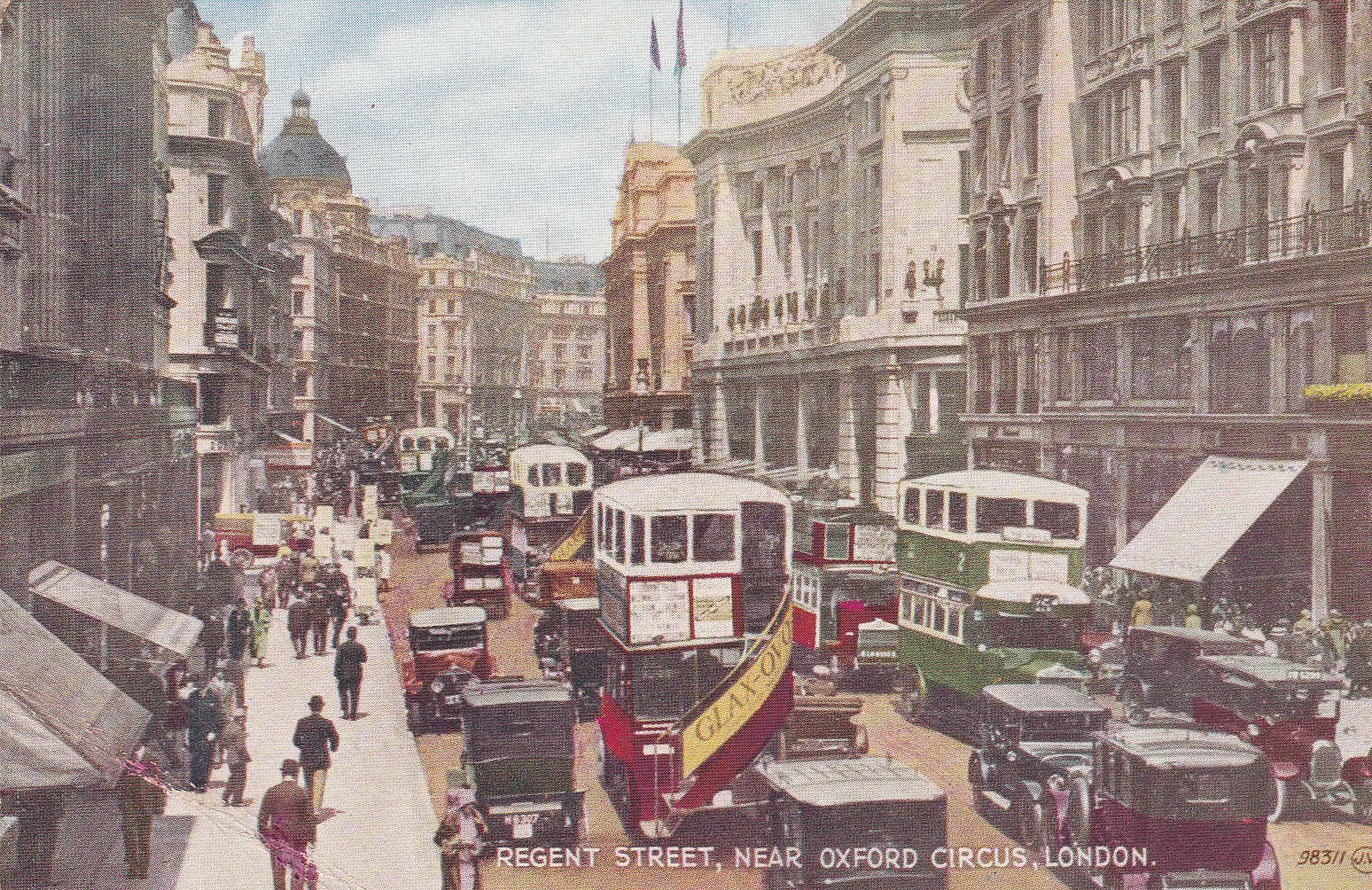 One of the major postcard printers was Valentines, based in Dundee in Scotland, about 800 km from London. He couldn’t afford to send a photographer every time he wanted to take a new picture. The printer had the idea of replacing old open-top buses with closed, two-story buses, feeling that they were more modern. You can see these “hybrid” buses on this illustration of buses on Regent Street! 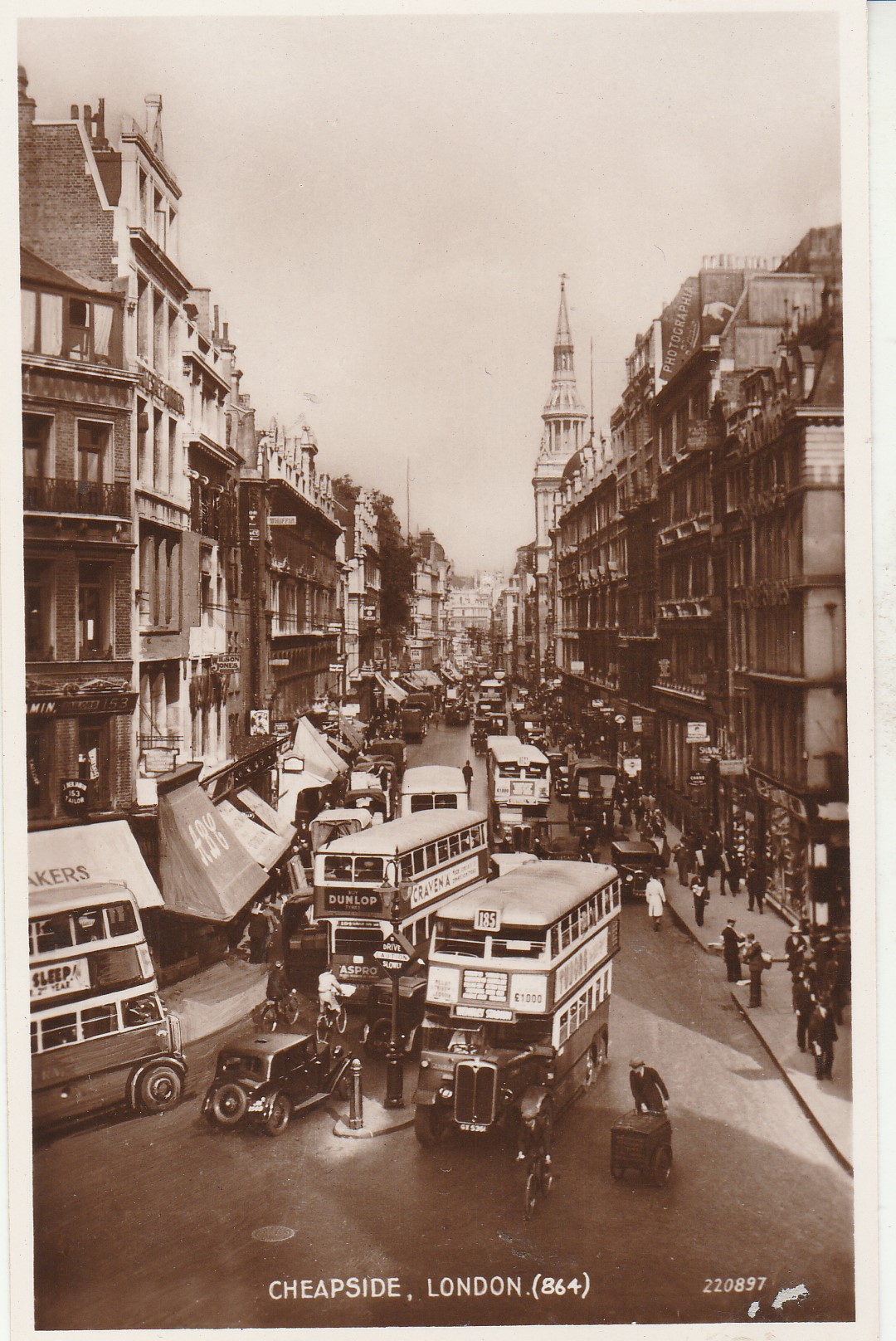 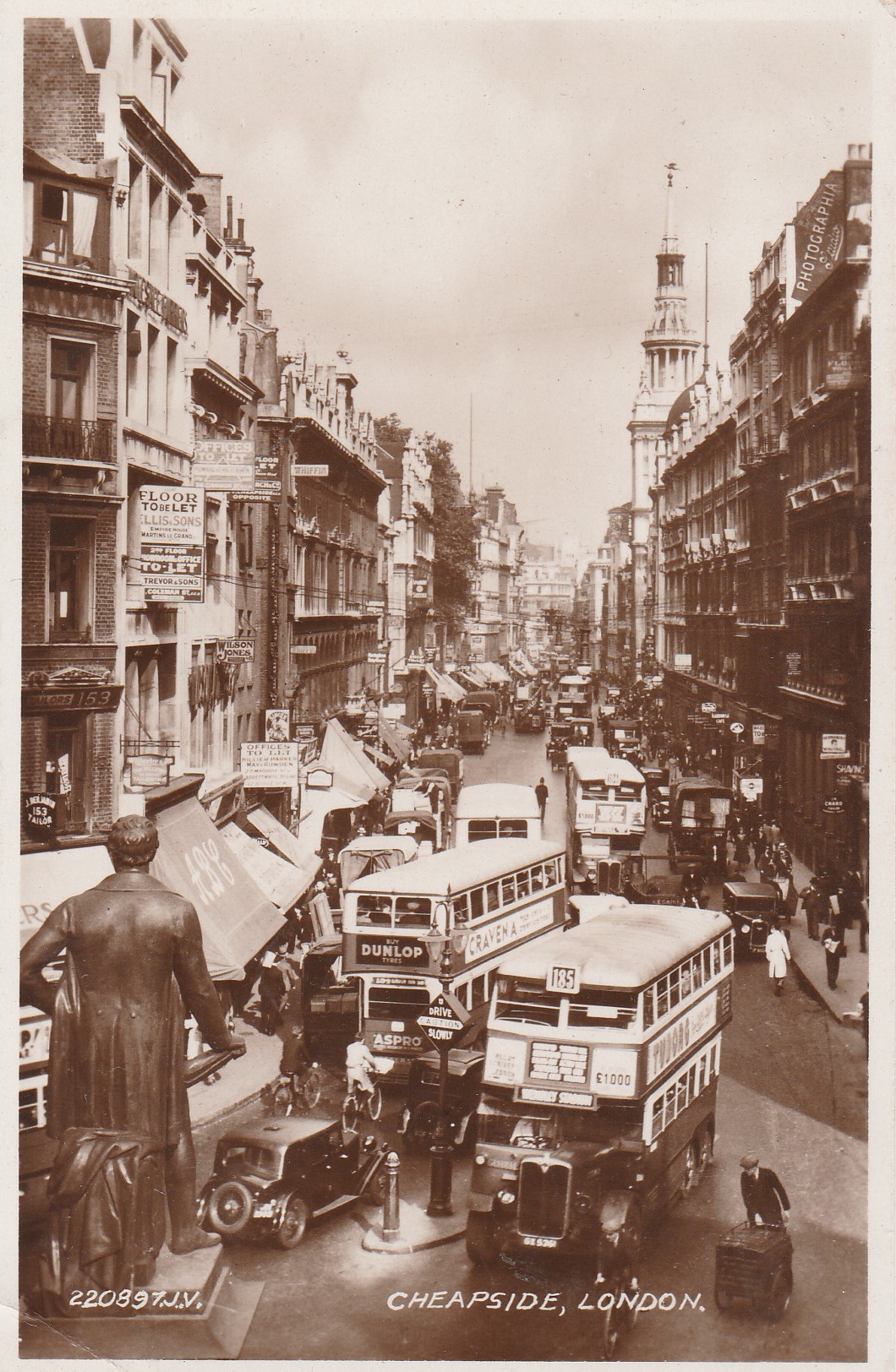 Valentines didn’t stop there! The printer didn’t hesitate to remove statues, as shown in these two postcards of Cheapside. This demonstrates good knowledge of London, because not everyone knows that the statue of Sir Robert Peel was removed from this busy street in 1935. Everything else is identical in the two postcards!

It must have been very bothersome to be sent to take a new photo of a tourist site and to realise that it was being demolished or that a building in the background was coming down! This problem was often circumvented by taking the photo from a different angle, like this one of Trafalgar Square. I’ve just realised that the photochrome postcard shows the demolition of Morley’s Hotel on the left (the hotel was replaced by Africa House).

Valentines wasn’t the only card publisher to update his photos or to be surprised by a demolition. There were many
others. You can easily trace the development of a tourist site because there are many postcards of London, whereas you could wait forever for postcards of smaller cities!

If you are (as I am) interested in London’s buildings, I recommend that you get the book in English entitled “The Face of London” by Harold Clum. The author also wrote “The Face of Paris”.

A tale of two Belgian dealers