Carrying the mail by railroad 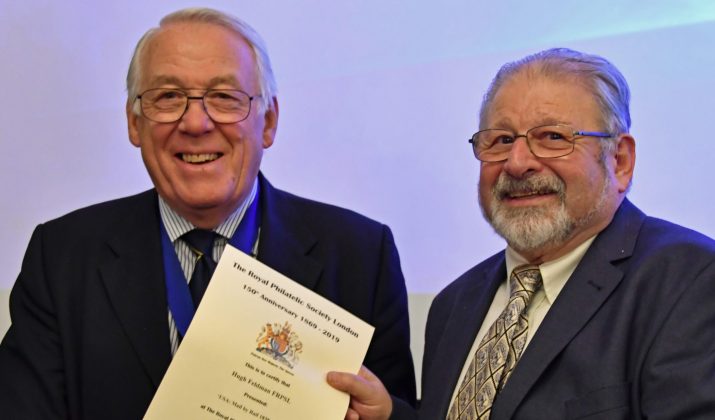 From the birth of the railways they have been extensively used to transport the mail. Records show that in the United States contracts existed from 1832 that allowed the carriage of mail by railroad.

In his presentation to the Royal Philatelic Society London on 9 January, Hugh Feldman FRPSL examined the first four decades of mail by railroad in the United States of America. Hugh’s focus was centred on the rail operating companies, an area of study not previously covered by published research.

In addition to a thorough presentation, Hugh displayed a wealth of magnificent covers carried by the various railroad companies. As Richard Stock FRPSL, President of the Society, commented, in undertaking this study Hugh had set himself ‘very much a challenge’.

In giving the Vote of Thanks, Richard Wheatley FRPSL, congratulated Hugh both for his ‘lovely covers’ and also on the presentation from which he had ‘learnt a lot’.

Meet the spring at the Spring Sberatel / Collector fair!