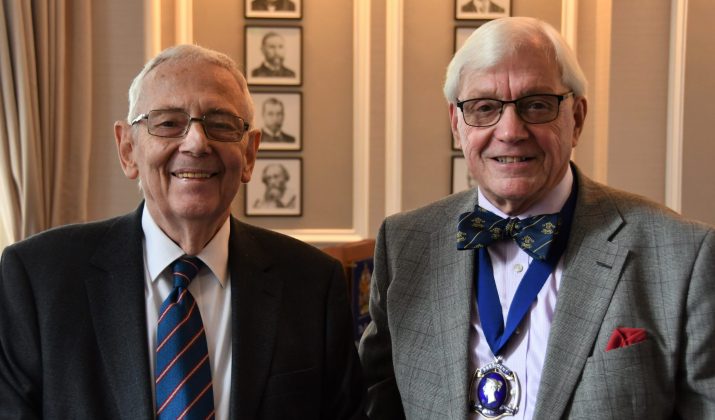 The new season for the Royal Philatelic Society London began on 2 September in traditional style with a display from the Royal Philatelic Collection, shown by gracious permission of Her Majesty The Queen, and arranged by the Deputy Keeper, Rod Vousden FRPSL. The display focused on three territories from the Island of Borneo, namely Brunei, North Borneo and Sarawak.

The presentation included the issues of the three territories issued mainly during the first half of the 20th century, and the subsequent issues of North Borneo and Sarawak when they became Crown Colonies in 1946. The Royal Philatelic Collection primarily features unused stamps, often in blocks with plate/cylinder numbers, plus colour trials, essays, proofs, stamps with ‘SPECIMEN’, and some beautiful original artwork, often created stamp-size.

Unusually for the Collection, several values of the 1907 Brunei ‘View on Brunei River’ series are included in used condition. Additionally shown were three superb covers from North Borneo dated 25 June 1930 flown on the first ‘Air Mail’ service, and bearing a special handstamp: these were presented to King George V. Several overprints and surcharges were applied to many of the issues that were on display, although there are no Japanese Occupation issues as King George VI directed that no such issues should be included in the Collection.

Chairing his first meeting as President, Peter Cockburn FRPSL thanked Rod Vousden for a ‘fantastic job’ in bringing the material together, praise echoed by Jon Higgins FRPSL, Vice President of the Sarawak Specialists’ Society, who complimented Rod on a display of ‘wonderful material, beautifully written up’.