The hotel posts of Egypt 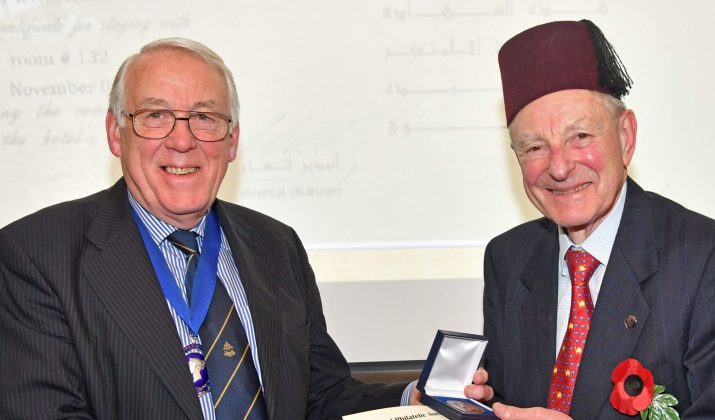 The idea of having post offices located in hotels had originated in Switzerland in 1849. In 1891 the same principle was adopted in Egypt. The story of these hotel posts of Egypt was told in a presentation by Richard Wheatley FRPSL given on 7 November to the members of the Royal Philatelic Society London.

Richard explained that these post offices mainly sold stamps and postal stationery, and dealt with letters, registered items and parcels. In most cases they were open from October to May, catering for those visiting Egypt to escape the winter, and were staffed by regular postmen who applied each season to work at a particular hotel.

To accompany the presentation Richard showed a wide selection of covers from each of the hotels that operated the service, illustrating the many cancellations that were in use.

Thanking Richard for his presentation, Jon Aitchison FRPSL commented that members had been shown ‘many superb items, some of which were unique’. Richard appropriately donned a fez to receive the Society’s 150th Anniversary Medal in recognition of his fine presentation from the President, Richard Stock FRPSL.

Gems from the South East