The term Halloween comes from “All Hallows Eve”. Celebrated on 31 October, Halloween takes place on the eve of the Christian celebration of All Saints' Day, which was introduced on this date in the 8th century to replace the pagan celebration of Samain. This Gallic, or more precisely Celtic, celebration was celebrated by the druids as a kind of New Year's Eve. It was very popular in Ireland. Indeed, contrary to what many people think, Halloween is not basically an American holiday. It comes from an ancestral Irish custom. During the great famine of 1845, more than 2 million Irish people fled their homeland to the New World and took this tradition with them. 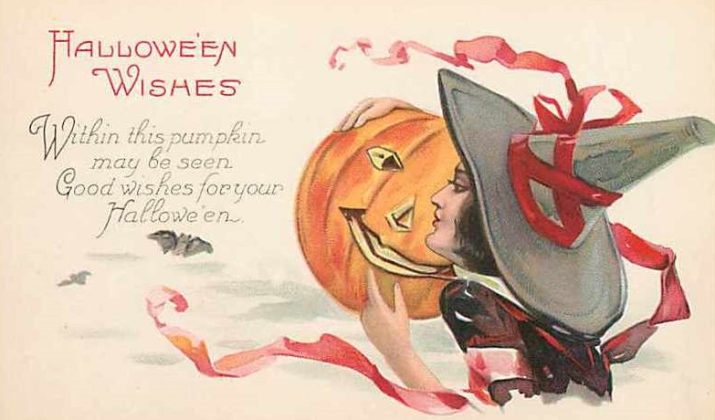 However, it must be said that if Halloween is so popular Europe today, it is thanks to our neighbours across the Atlantic. Halloween is extremely popular in both the United States and Canada and it is certain that this has influenced the younger generation. Popular American soap operas and films have introduced us to this holiday, which has taken root in our countries.
Nowadays, many children in costumes go around the houses asking for treats or a spell. Dressed as ghosts, witches and vampires, they look forward to this holiday! Of course, like most holidays, it is highly commercial, but after all, any occasion is good for having fun! Happy Halloween! 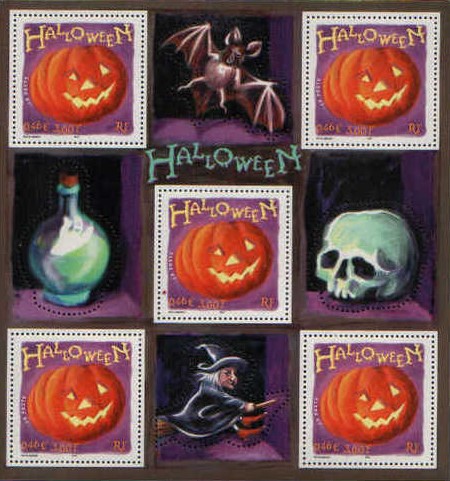 The legend of Jack-o’-lantern

The Halloween pumpkin represents Jack-o’-lantern. This miserly and drunken character was also very clever. When the devil came to ask him for his soul, which he had well deserved, Jack asked him to buy him a last drink. The devil turned into a sixpence coin, which Jack promptly put into his purse marked with a cross. He freed the devil in exchange for 10 more years of life!
When the 10 years had gone by and the devil came back to claim his due, Jack played another trick on him. He asked the devil to go and get him an apple from an apple tree. The devil complied and Jack carved a cross on the tree, trapping the unfortunate devil! The devil, in order to be freed, swore not to pursue him again.
When Jack died, the devil did not claim his soul as planned, however, as he was an evil man, he could not enter heaven. And so he is doomed to wander around for eternity, with a carved lantern in his hand!

Like all major holidays, Halloween is taken up in philately. It goes without saying that the first stamps or machine cancellations dedicated to Halloween came from the English-speaking world. As early as the 1930s, postmarks with a pumpkin appeared. Today, there are many Halloween-themed stamps, but they are relatively recent. In 2004, the French Post Office issued a stamp depicting Jack-o’-lantern. This stamp has a number of colour variations that make it reach a significant price. 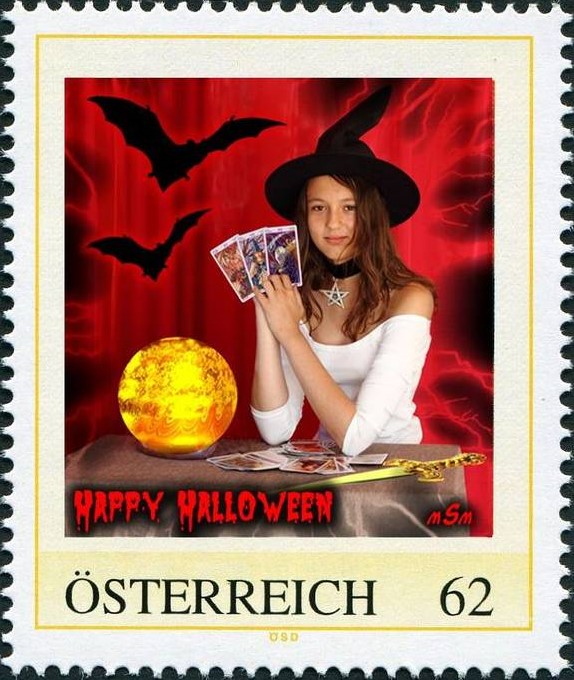 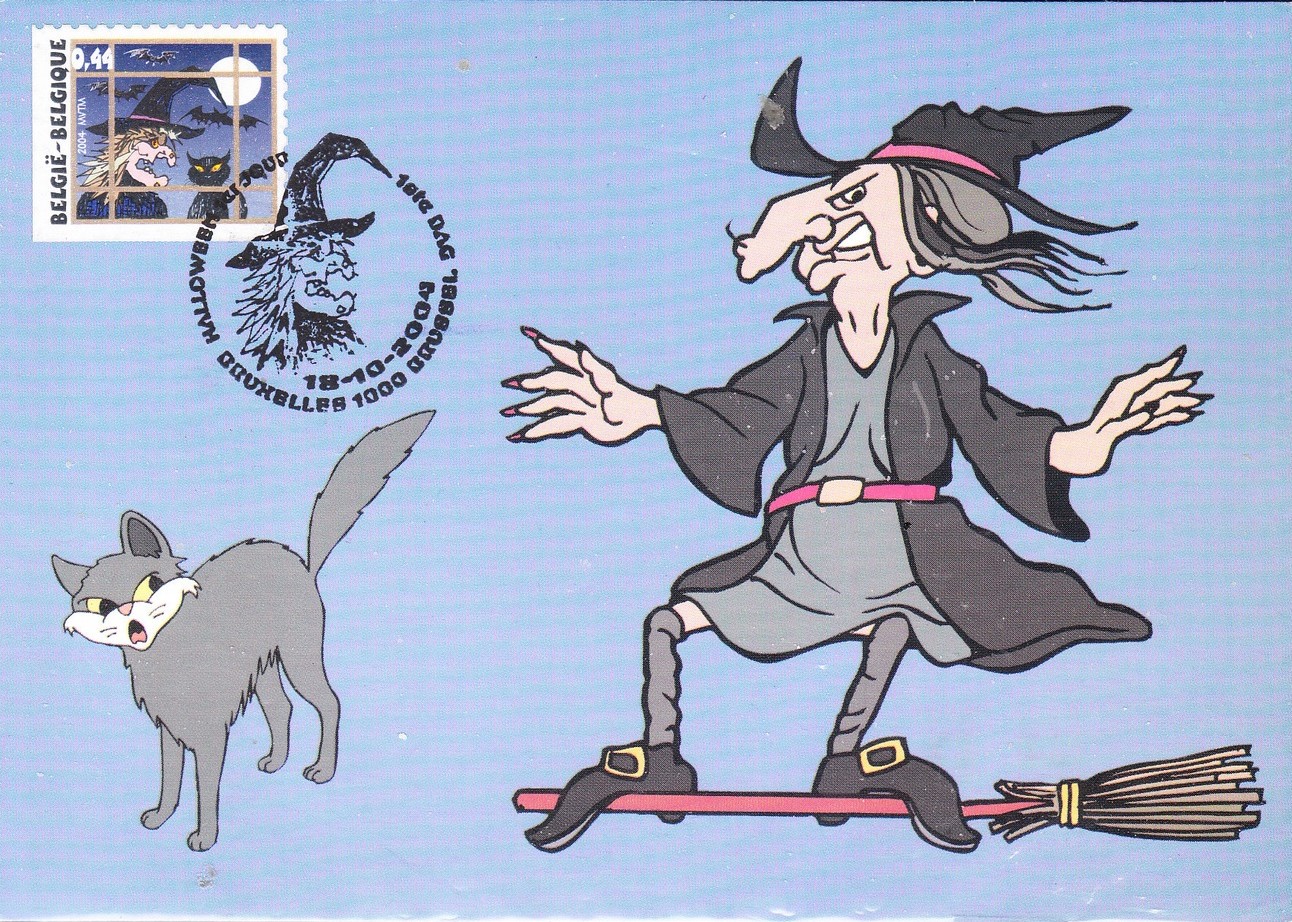 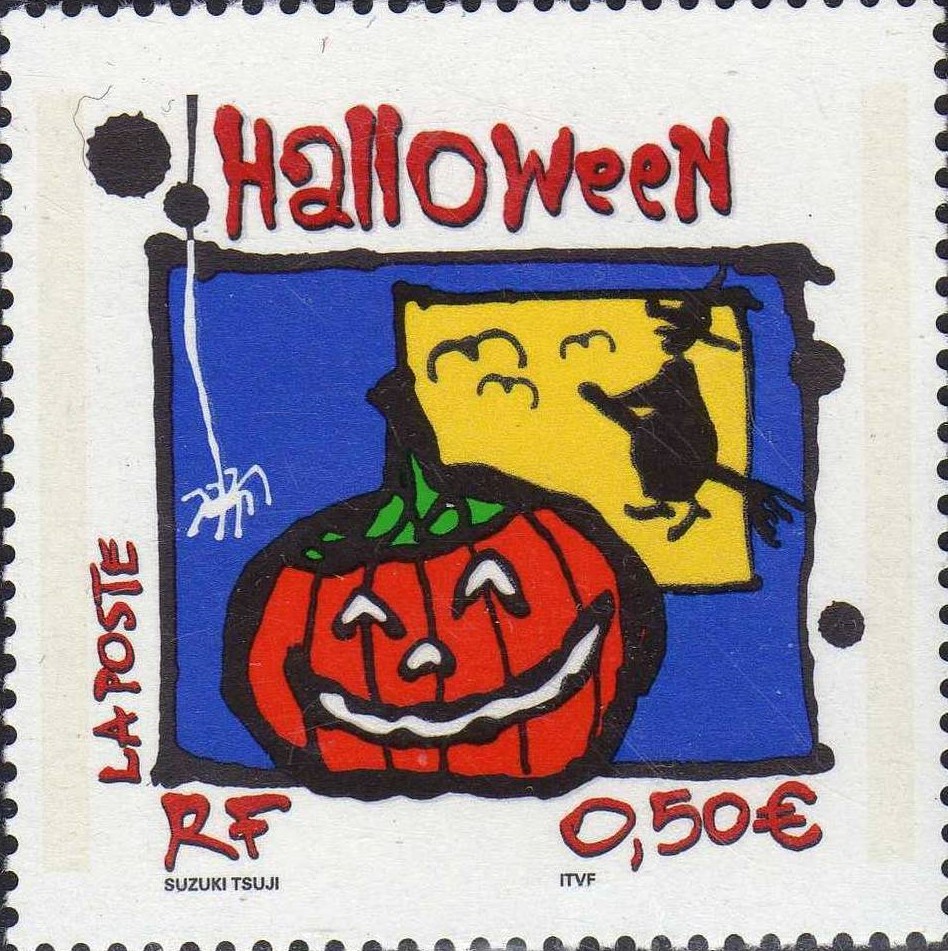 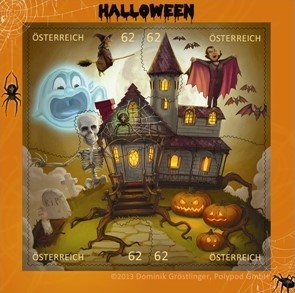 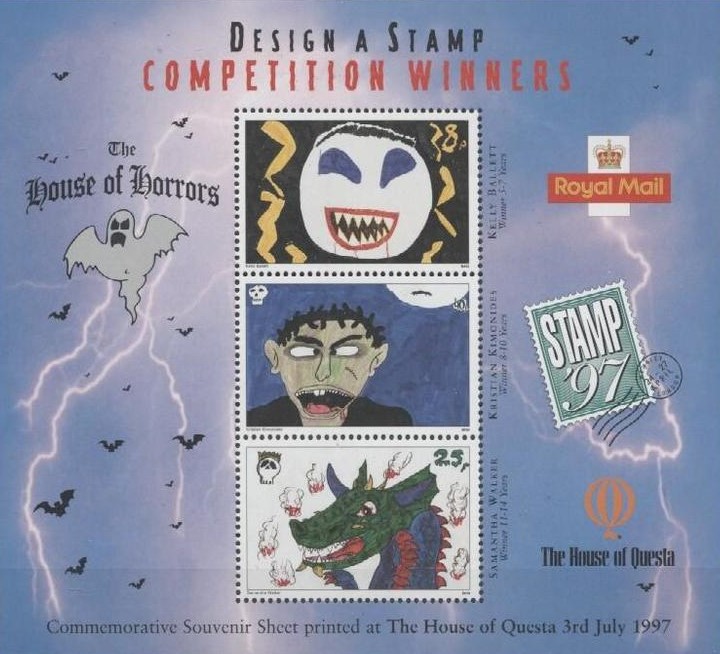 The Delcampe.net marketplace: a passion for collecting for 20 years!