Unusual material from the Channel Islands 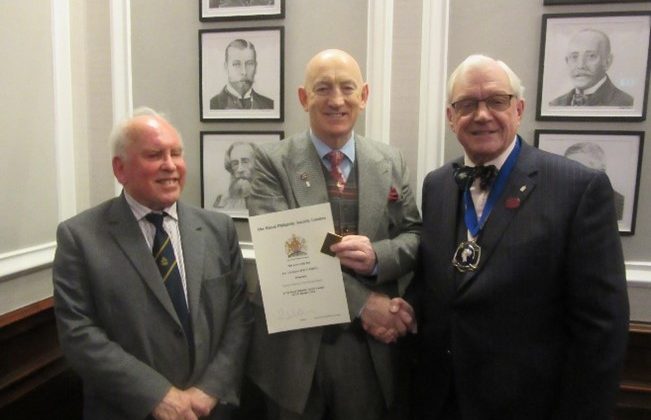 ‘Unusual Aspects of Channel Islands’ Philately’ was the title of the display given by Jon Aitchison FRPSL to the members of the Royal Philatelic Society London on 27 January. Far-ranging in its appeal, the display covered such diverse areas as money paid to spies in the 18th century, Ballon Monté to and from the Channel Islands, mail carried by rail and air, revenues and perfins.

The vote of thanks was given by Gerald Marriner FRPSL, President of the Channel Islands Specialists’ Society, who commented that few appreciate the ‘variety and extent of unusual philatelic material from these small islands’.

Particular thanks were expressed as Jon had prepared his display at short notice following the sad passing just before Christmas of Graham Booth FRPSL, who was to have presented the afternoon’s display.

Peter Cockburn FRPSL also thanked Jon for his ‘extraordinary exhibit’, presenting him with the Society’s plaquette.