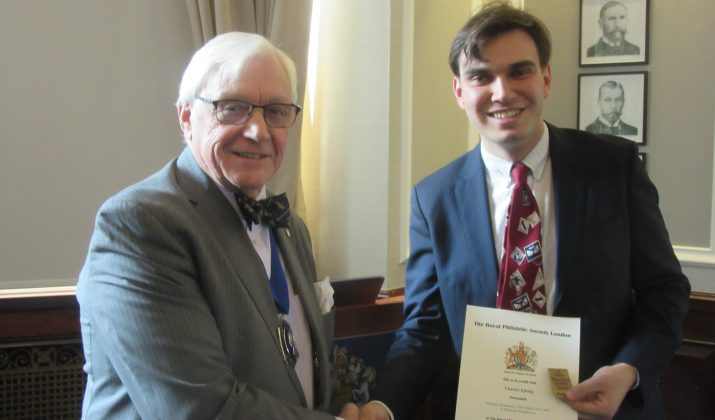 ‘Entertaining and informative … all have learnt something’ was how Hugh Feldman FRPSL, giving the Vote of Thanks, described the presentation by Charles Epting to the members of the Royal Philatelic Society London on 21 April. The presentation titled ‘Franklin Roosevelt’s New Deal 1933-1942: A Philatelic Perspective’ proved fascinating and enthralling as Charles unveiled the details of the ‘New Deal’, a series of relief agencies and public works programmes.

Established by President Franklin Delano Roosevelt between his inauguration in 1933 and America’s entry into the Second World War in 1941, the ‘New Deal’ provided the necessary boost during the Great Depression, with many of the programmes still in effect today. Charles, who at 28 is President and CEO of stamp auctioneer H. R. Harmer, developed his interest in the initiative when, as a child, he visited national parks in America, where many of the facilities were constructed in the 1930s.

He embellished his presentation with a display of fine philatelic material, including the design and usage of the United States 3c stamp issued on 15 August 1933 to herald the National Recovery Administration, essentially a price-fixing scheme to set ‘codes of fair competition’. Despite over one billion being printed, it remains one of America’s most contentious stamps.

Presenting Charles with the Society’s plaquette and certificate, Peter Cockburn FRPSL, President, added that he had been ‘deeply impressed’ by the presentation.

A Stamp to Celebrate Esch-2022, European Capital of Culture