No, we’re not talking about an animal or a window. Bull’s Eye refers to a stamp, and not just any stamp. Bull’s Eye is the name given to the first stamps from Brazil. 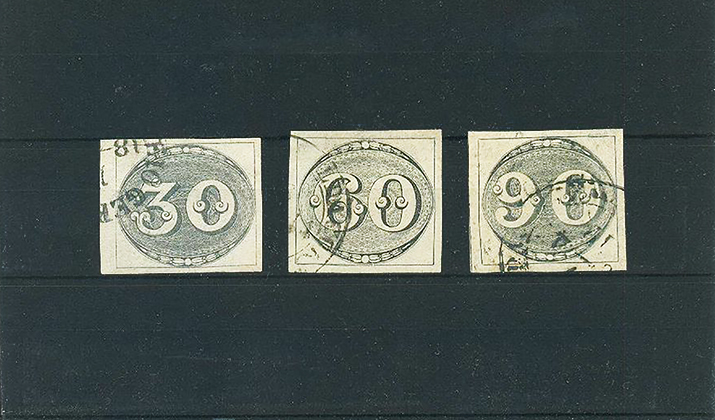 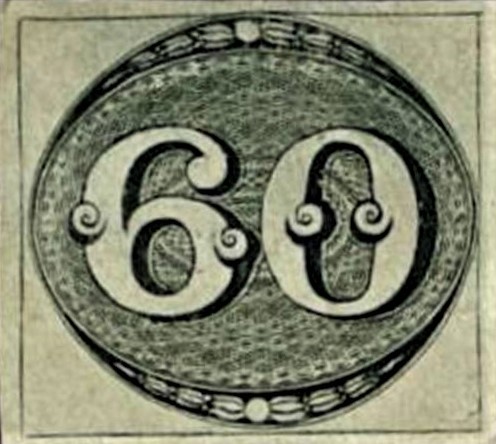 Bull’s Eyes were first issued on 1 August, 1843. They can be recognised by their large numbers. They were issued after stamps in the UK, in New York and in Zurich but before any other country in the world. The issue included three stamps of 30, 60, and 90 réis. 30 réis was the postage needed to send mail within a city and 60 réis was the postage needed to send a letter to other cities in the country. Lastly, the 90 réis stamp was for international mail. These three values were printed together in strips of 6 stamps. A single plate included 18 stamps of each value. 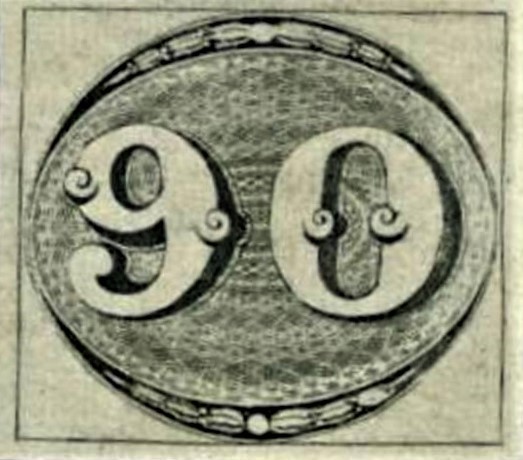 The stamps are square-shaped and imperforate, with numbers indicated inside a large decorated oval, hence the name “Bull’s Eye”. The pattern would continue to be used for more than 20 years in Brazil. The first stamp with a “crowned head” is from 1866. It is in the image of Pierre II. These first stamps were replaced the following year by an issue of seven different values. As such, they did not circulate much and most of the issued stamps were destroyed.

Consequently, these stamps are rare and a specimen in good condition can sell for several hundred euros.

Discover the first stamps from Brazil for sale on Delcampe!