As a Caribbean island and former British colony, Jamaican philately has been heavily influenced by English philately. Let's go back to the first stamps and the history of this island paradise.

How well do you know Jamaica?

The first inhabitants of the Caribbean Sea island of Jamaica were the Arawaks, people of South America. This population, however, no longer exists as it was wiped out by the Spaniards who seized the island from the end of the 15th century, following the arrival of Christopher Columbus in 1494. They enslaved the Arawaks, the last of whom disappeared at the end of the 16th century.

The English conquered the island in the second half of the 17th century and it officially became a British colony in 1670. At that time, Jamaica served as a haven for pirates, buccaneers and privateers. It also became a hub for the slave trade providing workers to cultivate sugar cane. At the end of the 18th century, there were 300,000 slaves in Jamaica.

Following a series of slave revolts, this practice was abolished in 1838. Despite its abolition, the white man remained dominant on Jamaican soil. When the economic crisis following the First World War began to be felt, nationalist movements appeared and grew. It was not until 1962, however, that Jamaica achieved independence under the Commonwealth (recognizing the sovereignty of Queen Elizabeth II).

Three counties make up Jamaica: Cornwall, Middlesex and Surrey. Its capital is Kingston.

The influence of politics on philately

According to the website Stampworldhistory, Jamaica was the first British colony to open its own post office in 1671. There were 54 in 1859.

As a British colony, Jamaica’s philately is strongly influenced by Britain. Before 1860, Jamaica decorated its mail with English stamps. The first set issued (from 1860 to 1863) bears the effigy of Queen Victoria with a pineapple watermark. There were a total of six first stamps issued: 1p blue, 2p pink, 3p green, 4p orange-brown, 6p violet and 1s brown (some 1s stamps are lilac-brown in color). 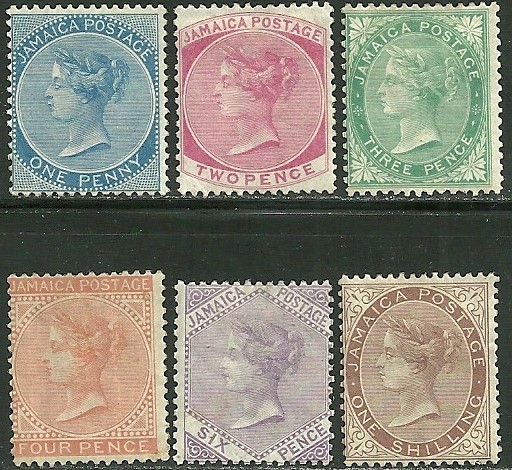 Several issues displaying the effigy of Queen Victoria would follow until the 1900’s.

We then discover the first purely Jamaican stamp. This 1p red stamp depicts Llandovery Falls. It also exists in a red and black, two-tone version. This was followed by numerous issues that would be either more Jamaican, or bearing the effigies of the British rulers.

You can find mail from other islands bearing the stamps of Jamaica. Both the Cayman Islands and the Turks and Caicos Islands (small Caribbean archipelago located in the southeast of the Bahamas) used Jamaican stamps to decorate their mail until 1901 for the former and 1887 for the latter. 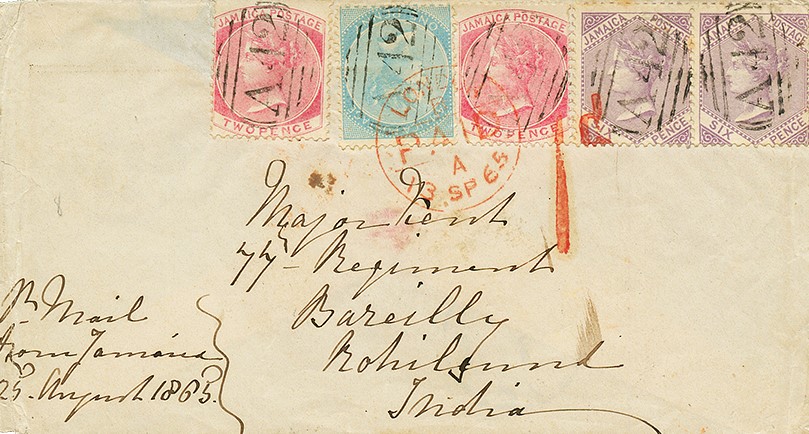 Why not explore and buy the many Jamaican stamps available on Delcampe?

Sorting out the Specimens

Once upon a time… the car