Did you know that some stamp issues are not linked to a country? That’s the case of the Order of Malta, which can issue its own stamps! 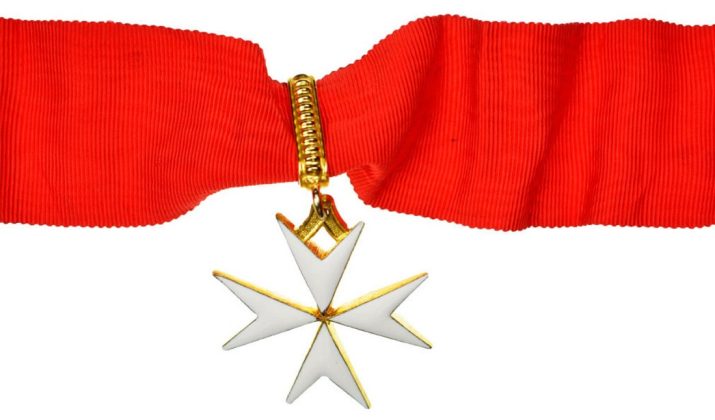 The Sovereign Military Order of Malta is a special case in international public law due to the fact that it isn’t a country per se. However, it is a state, which issues money and stamps, is self-ruled (with courts, among other things) and is a member of many international organisations like the United Nations and the FAO. The Order of Malta maintains diplomatic relations with a hundred countries and has signed around sixty postal agreements.

The Order of Malta was born in 1048. Originally known as the Knights Hospitaller of Saint John of Jerusalem, the Order of Malta resided in a monastery with a hospice in Jerusalem. The members of the community cared for pilgrims who were often sick and poor after travelling through sometimes hostile territory. The monastery was called Saint John Eleymon, which gave the Order its first name.

The Order assisted many Crusaders at the end of the 11th century. The latter often joined the Hospitallers, setting aside their swords and shields to serve the “Hospital”, the “Temple” and the “Saint Sepulchre”. The order was recognised by the pope in 1113.

The motto of the Order of Malta is “Tuitio Fidei et Obsequium pauperum” (Defence of the faith and assistance to the poor).

All orders were evicted from Jerusalem in 1291. The Order first moved to Cyrus, then to the island of Rhodes, where it became sovereign (it began to mint its own money at this time). Driven out by the Turks in 1522, Charles V granted the Order the island of Malta in 1530. It took on its current name at that time.

The order was sovereign in Malta. It had an army, a navy, managed the island and fought pirates in the Mediterranean.

Napoleon Bonaparte attacked and took over Malta in 1798. The Order was forced out and wandered in Italy. It officially took up residence in Rome in 1834 where it occupies the Magistral Palace and the Magistral Villa on Mount Aventine. The two possessions were granted “extraterritorial rights”. This means that the Order of Malta is self-governing and not under Italian rule in its territory.

The Order of Malta is still, to this day, the only Order recognised by the Vatican which doesn’t belong to it. 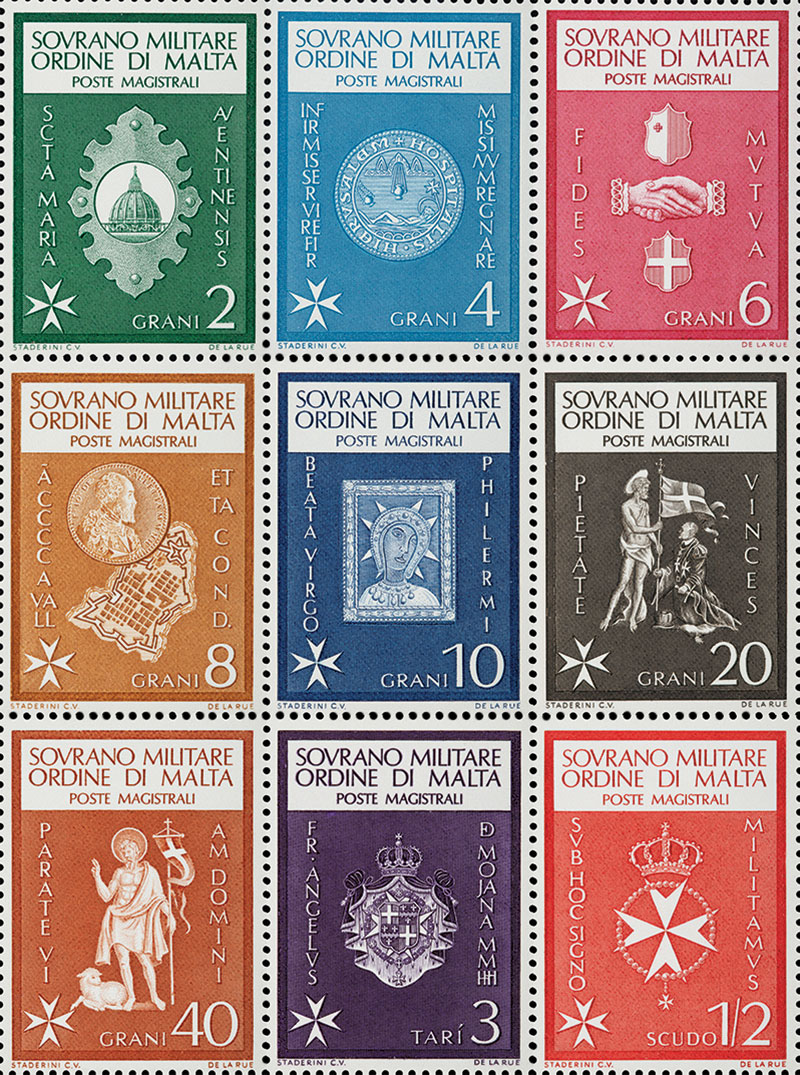 As a Sovereign Order, the Order of Malta can, like states, mint its own money and issue its own stamps. The first issue was on 15 November 1966. It consists of a set of nine fairly simple, two-colour vignettes which highlight some of the symbols of the Order.

The face value of new issues changed in 2005. The stamps are now valued in euros. In the beginning, the Order’s stamps were printed by Thomas de la Rue in London. They are now produced by Cartor Security Printing, in France. 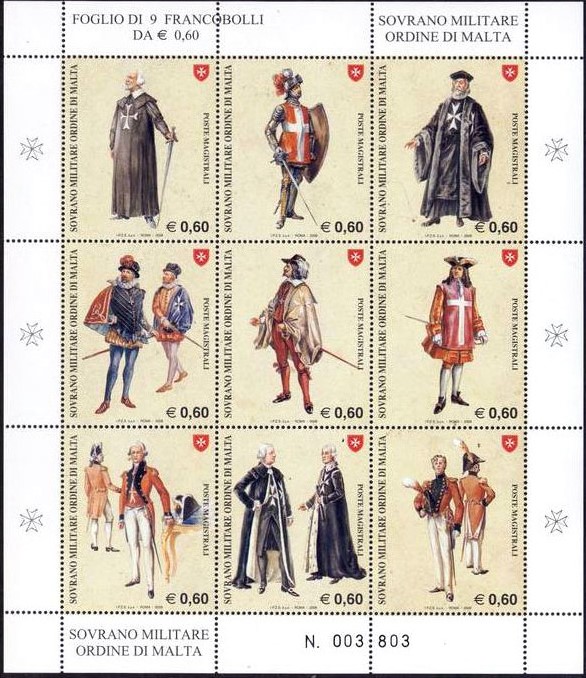 The number of issues has increased over the years. They feature the Order’s symbols, flags, costumes, a few famous masters and, more frequently, works with religious effigies and the Order’s missions… A yearly issue is dedicated to Saint John the Baptist, the patron saint of the Order, and to celebrating Christmas.

Other countries also pay homage to the Order by issuing stamps with its symbols. Germany, Romania, Cameroon, the Gambia and many others, including the Vatican, have issued stamps featuring the famous Maltese cross.

You can easily purchase these stamps on www.delcampe.net, the collectors’ marketplace.