Twenty years ago, an unusual 3D adventure game called Tomb Raider was released on the Saturn and PlayStation game consoles. It would revolutionize the gaming world and make its heroine Lara Croft popular around the world. 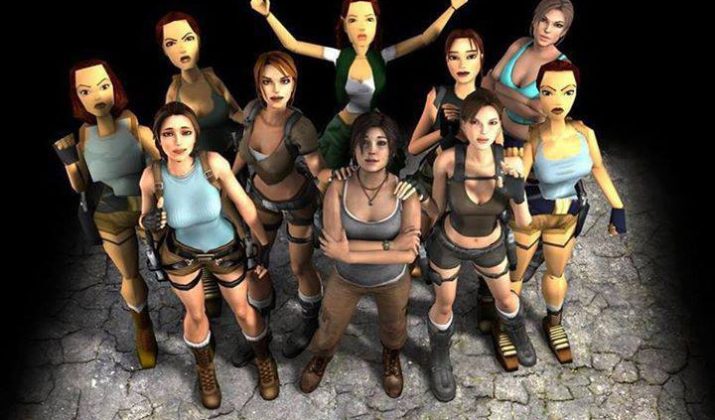 Is there anyone nowadays who doesn’t know Lara, the charismatic tomb raider with an extraordinary look? The character, who has become a video game icon, was designed by an Englishman who worked at Core Design at the time. His name is Toby Gard.

Many players have dreamt of Lara Croft. Our beautiful heroine has come a long way in the past twenty years: a video saga with nearly a dozen episodes, films, merchandising, six entries in the Guinness World Records book… She has even toured with U2 and was the inspiration for the “Elevation” video.

Let’s take a look back at the origins of a game that radically changed the established codes of an industry that was totally male-dominated until then.

It’s 1994 and the development company Core Design is looking to join the new trend of the time: 3D games. The team got together to brainstorm ideas for a new project. Most of the suggestions were for war games, which was more of the same. Toby Gard, on the other hand, proposed an adventurer who would explore pyramids. He was far from suspecting that this was the direction his boss wanted to go in. 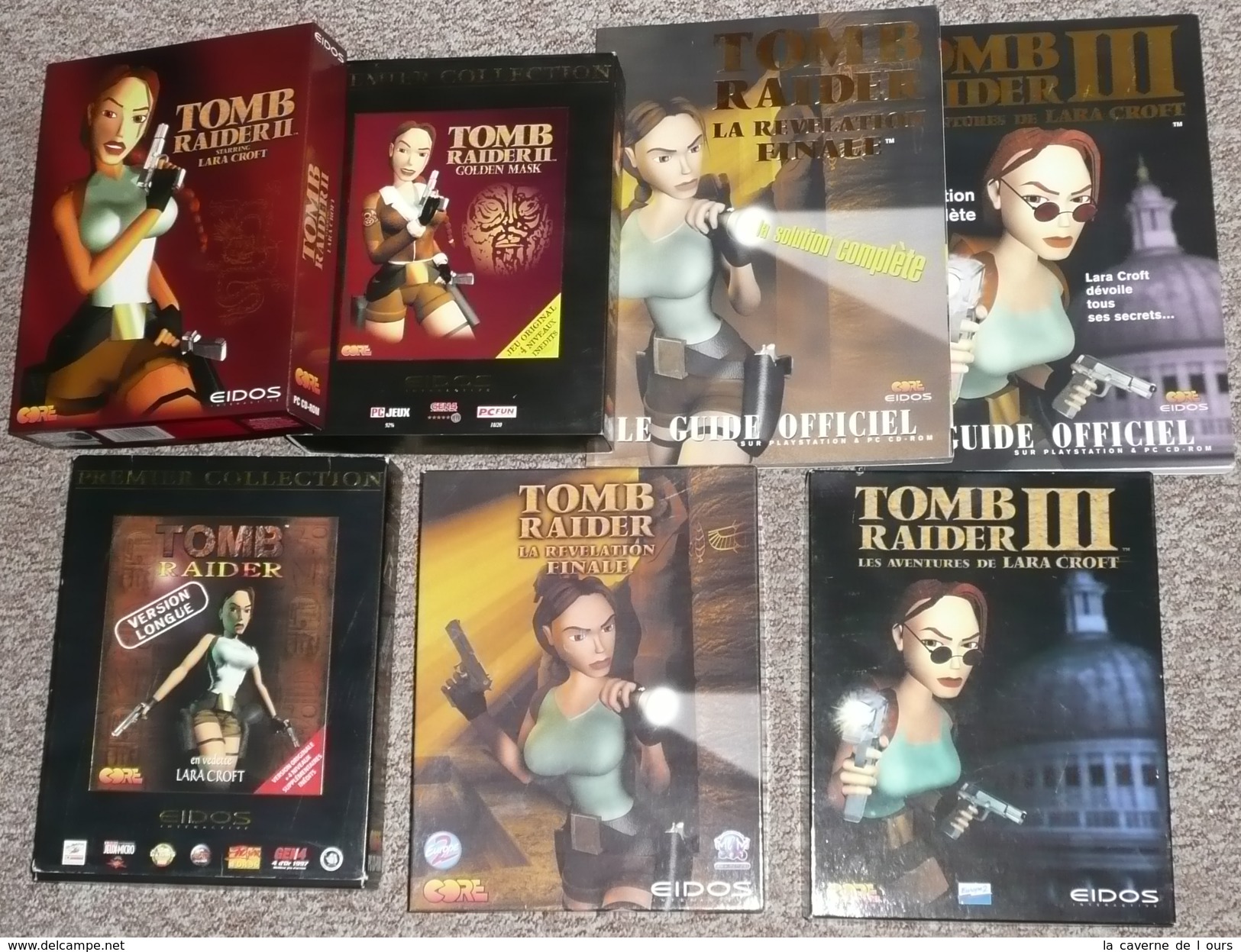 Set of 5 games estimated at 60€ on Delcampe

Toby sketched out his ideas, but couldn’t convince management. He revised his hero over and over, but always seemed to come up with a sort of Indiana Jones. He then got the idea of a female character, a first at the time. Unfortunately, we don’t know if the brilliant idea came from Toby or his management. Core Design decided on a Latin American woman. She looked like a soldier, wearing combat boots, camouflage pants, and a tight t-shirt. She was also well-endowed. The Tomb Raider project was born.

The idea of having a woman protagonist won the day, but the drawings still weren’t convincing enough. The heroine didn’t look like a seasoned tomb-looting adventurer. One of Toby Gard’s managers asked him if he had read the “Tank Girl” comics. The comic strip tells the story of Rebecca Buck, an unhinged woman living in post-apocalyptic Australia. Core Design management wanted to take the project in that direction. Toby went back to the drawing board and came up with a very determined character.

While it was soon decided that the first name of the game’s heroine would be Lara, her last name, Croft, wasn’t chosen right away. In the very beginning, her name was Laura Cruz. The team soon dropped the U in her first name and she became Lara.

Originally, Lara was supposed to be an archeologist, the daughter of a former SAS (Special Air Service) major who became a mercenary for unknown reasons. The scenario evolved over time.

When Lara moved to 3D, her military pants were replaced with brown shorts, and she wore a tight green t-shirt which has since become iconic.

Vicky Arnold, the scriptwriter, came to the rescue of the project team. Her role was to emphasize Lara’s strength. As for Toby, he was sure that the general public would expect an American heroine. He decided to do the opposite and make Lara British. 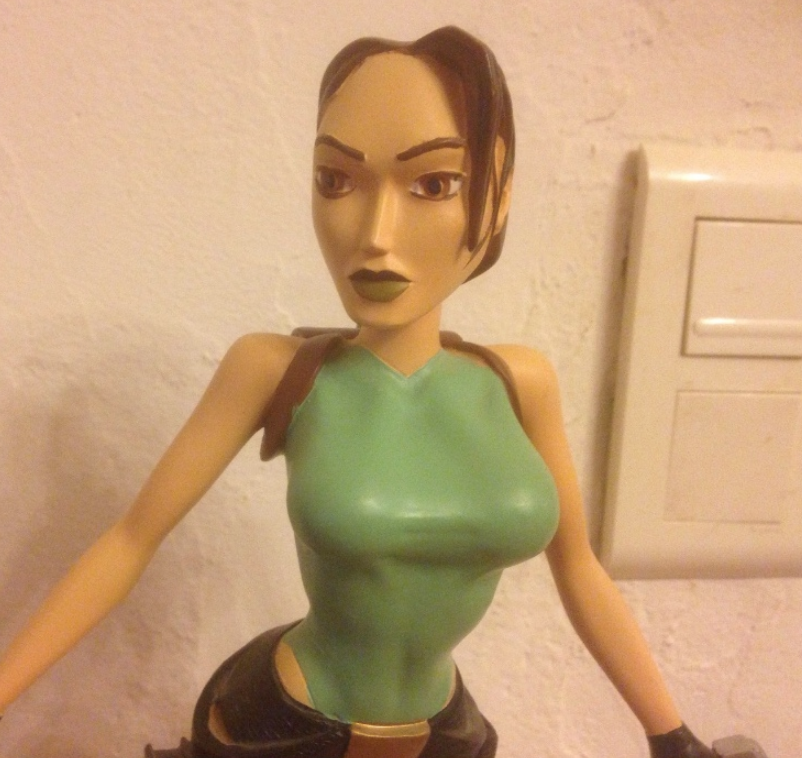 The scriptwriter rewrote Lara’s back story. The game’s heroine was still a young woman with a degree in archeology, but instead of being a South American soldier, she became an English aristocrat. She is the Countess of Abbingdon, Surrey, where she has an extensive property and a manor.

However, as a result of the changes, Lara’s family name no longer fit her character. Cruz became Croft to make her more British. The decision was final: the star of the Tomb Raider game would be called Lara Croft. An icon was born.

The Tomb Raider game revolutionized 3D management in video games. It also contributed to changing the mindset about male-female equality and even drew a new category of players: young women. For the first time in the history of video games, a woman was a full-fledged heroine. Men fell under the character’s spell and women, who had not been very involved in gaming, enjoyed playing the female hero. Ample proof that heroines are as at home in video games as heroes.

Over nearly 22 years, Tomb Raider has become a major saga. There have been eleven episodes made. The series has also been made into two isometric 3D spinoffs under the name Lara Croft and into a game for mobile devices. 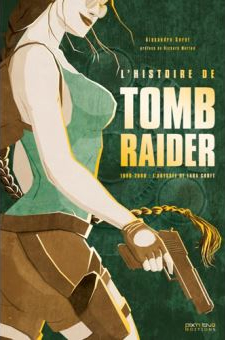 If you enjoyed this article, we invite you to read “The History of Tomb Raider” (in French) by Alexandre Serel published by Pix’n Love. It retraces the history of the mythical video game step-by-step from 1996 to 2008.

We’ll see you again in a few days for the continuation of “From Lara Croft to Tomb Raider”.

Three new categories on the Delcampe forum… Because the world of collecting is always changing!

Whatever the collection, Delcampe brings you together!