New: track the postcard barometer on the Delcampe Blog

We’re very happy to bring you a new series of articles devoted to postcards. They will be posted approximately every six weeks with the kind support of the Daniel Stade auction house. 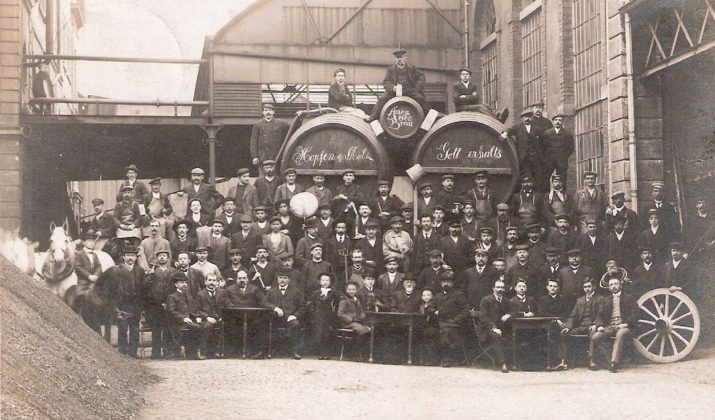 In this series, we’ll keep you informed about what’s happening in the postcard market: current trends, important events, and much more…
If you collect old postcards, you likely know better than anyone that collectors will normally try to complete their collections by various means and to acquire any postcards they may be missing. This includes via traditional auction sales, auction houses or online shops or during exchange days hosted by postcard collector associations. We bring all of these different methods together at Delcampe: a total of sixty auction houses present their lots in their catalogues, which are published for live auctions, and online at Delcampe. As a result, collectors get the benefit of an extensive market which combines the two options. In addition to their catalogues, the auction houses also offer a large number of lots at fixed prices on the Delcampe marketplace.

Daniel Stade: an auction house and seller on Delcampe

Daniel Stade is a good example: this auction house, located in Germany, holds three live auctions a year. Approximately 15,000 lots are offered each time. They consist mainly of postcards but also include stamp lots and other collection items. It’s easy to bid via Delcampe. In addition to these sales, Daniel Stade also offers over 300,000 items, primarily postcards, for immediate purchase under member name “ak_guru” (https://www.delcampe.net/fr/sammlerobjekte/search?seller_ids%5B0%5D=195785&categories%5B0%5D=30005). This is also the case for most of the 60 auction houses that sell lots on Delcampe.

We had the opportunity to speak with Daniel Stade just prior to writing this article. He showed us three very nice postcards which will be up for sale during the 55th auction (link pending) on 6 February 2021. A collector will be parting with a remarkable collection of postcards from Lower Franconia in Bavaria (an extremely popular collection region) and will also be selling several greeting card collections. Another important collection from Switzerland, consisting primarily of postcards from the Canton of Bern, will be auctioned. Coin and banknote lots from various sources will also be offered. Stamp collectors should take a close look at the lots in the philately section: the number of items available will be particularly high during this 55th auction. All of the lots are already available on Delcampe and can be acquired during the 55th auction sale (link pending). 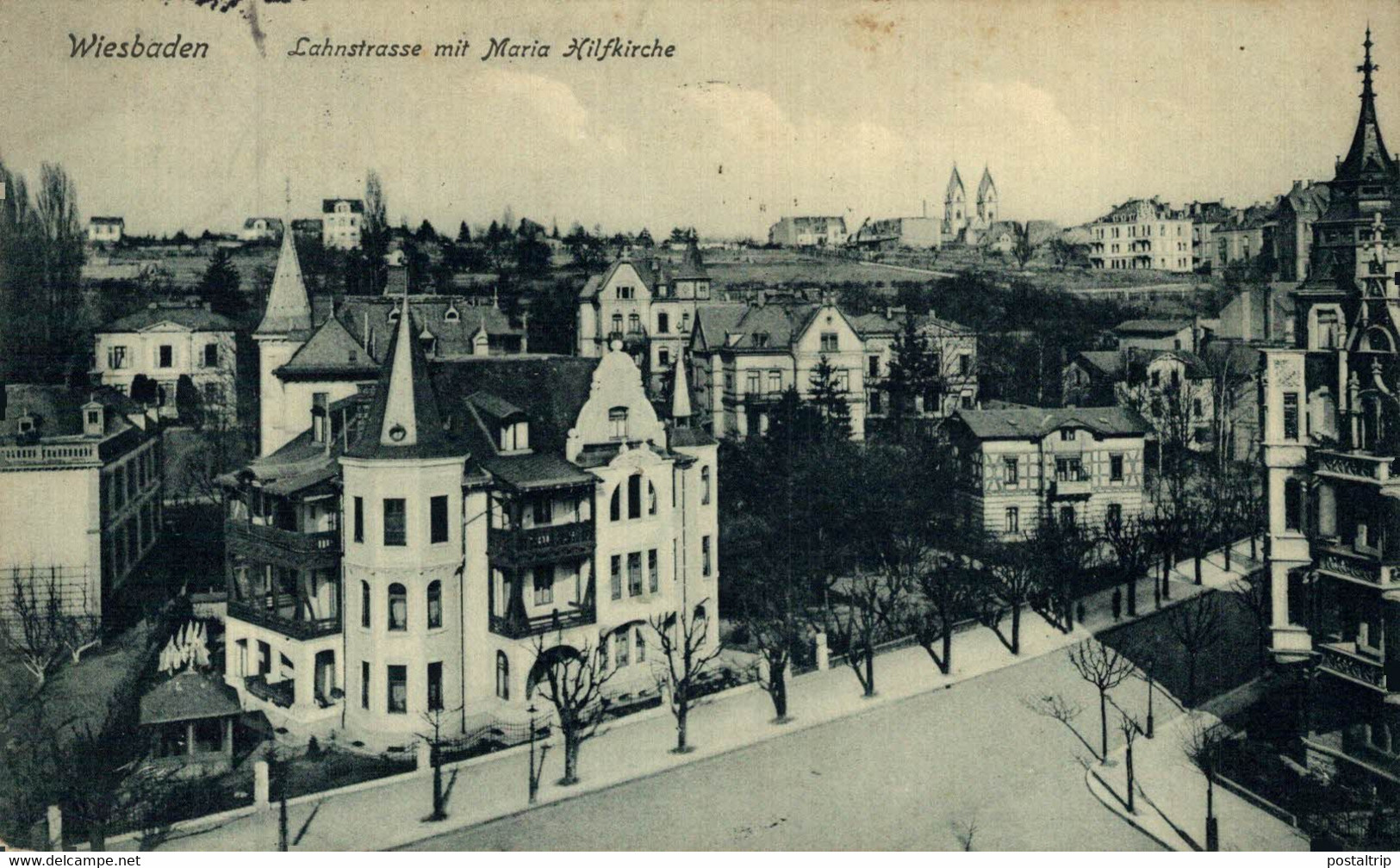 We all have to live with restrictions due to the current health situation. Collectors are relatively lucky in this respect. Their passion can take a great deal of time: searching for rare coins, sorting, selling duplicates, building and growing a collection can be very time consuming. However, as a result of the curfews and other restrictions, our hobby can provide a much-appreciated distraction during these trying times. It isn’t a fluke that sellers and auction houses are experiencing an increase in demand and sales. If you’re considering parting with a collection or duplicates, this may be the right time. If you’re looking for specific coins, you’ll find the offering particularly extensive at this time. Make the best of a difficult situation and enjoy your hobby. 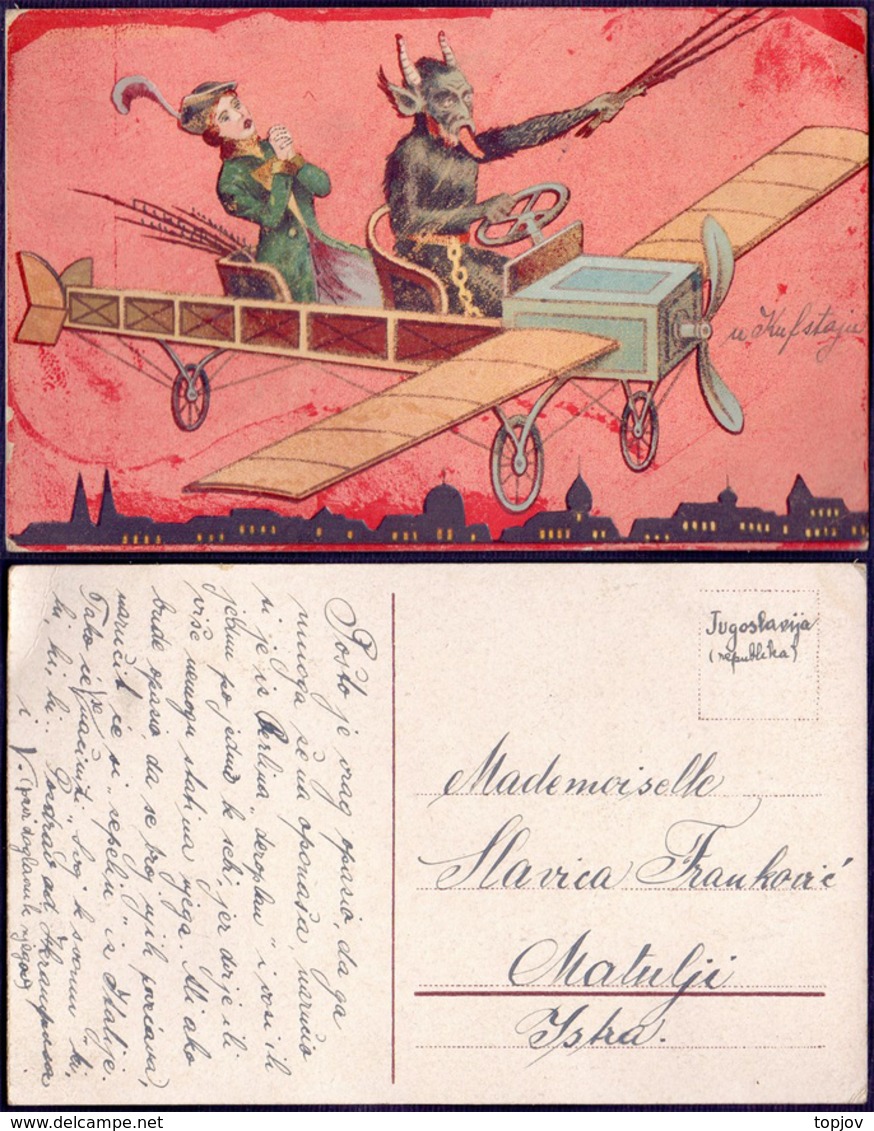 Postcard of a young woman with Krampus in an aeroplane. Sold on Delcampe for €155.

We take a closer look at a few remarkable sales from the world of collecting below. It’s common knowledge that brewery postcards and postcards featuring certain beers are some of the most sought after cards. A postcard from 1908 was sold on Delcampe in mid-December. It shows some of the employees of the Gustave Amos brewery, which was founded in Metz, in Lorraine, in 1868. The brewery was very successful and became a limited company in 1905. Around 1900, it could boast that it was one of the largest breweries in the Moselle region. It was independent until 1988. The Amos family decided to sell the brewery to the German Karlsberg brewery in 1988, 120 years after it was founded. Production in Metz ended in 1993. The seller of this rare postcard put it up for auction on Delcampe with a starting price of €45. Seven days later, after a long battle between bidders, the postcard changed hands for €503.

A postcard of the capital of Hesse brought an astonishingly high price for its seller. The postcard is a view of a street (Lahnstrasse) and a church in the city of Wiesbaden. Since postcards of Wiesbaden aren’t all that rare and are easily available, the seller began the sale with a starting price of €1. They must be very happy with the price they got as the postcard sold for…€1,012! A collector from Wiesbaden told us that they would never have believed that it could reach that price. Yet, apparently, there are some new collectors interested in the region and it could happen again!

Other categories of items have been very popular for many years and prices are stable. For example, postcards of Krampus (a mythical half-goat, half man creature) are popular. A postcard of a young woman and a Krampus in an aeroplane recently sold for €155.
Postcards with works by known and sought-after artists continue to be in big demand. Rare cards by Raphael Kirchner, Alfons Mucha, Mela Köhler and Arthur Thiele often sell for three-digit figures, on condition they don’t come up for sale too often.

Videos about collections subtitled in your language

The Louvre yesterday and today