The Louvre yesterday and today

The Louvre is an internationally-known tourist attraction and the most-visited museum in the world! It’s worth spending a bit of time on its history! 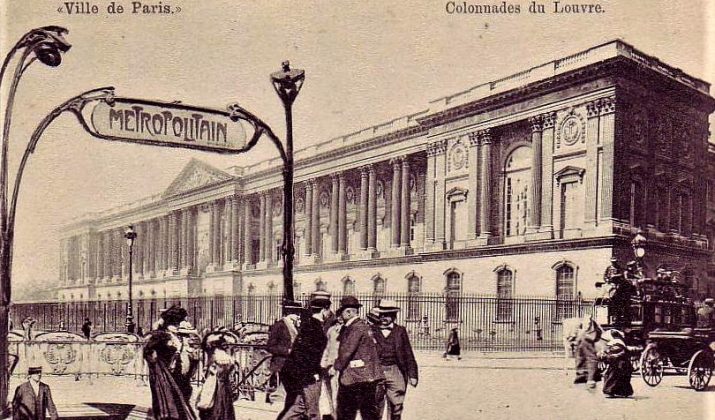 The Louvre’s name comes from the Latin Lupara, which means “wolf’s den”. In the past, the site on which the museum is builthoused crews that hunted wolves. 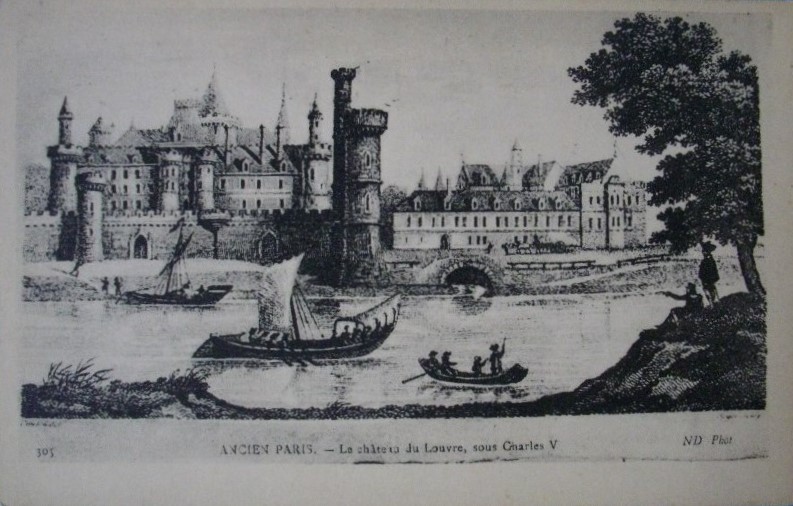 The construction of a fortress to protect the city of Paris began at the end of the 12th century during the reign of Philippe Auguste. The castle was obviously very different from the building we know today. The kings of France and
their architects of the 16th and 17th centuries completely modified and expanded the mediaeval fortress.

While the castle was originally intended to protect Paris, it became the royal residence starting in the second half of the 14th century, under Charles V. This king was also the first one to make the Louvre a centre for French culture by moving 900 manuscripts to its library. However, at the time, the Louvre was especially known as the seat of the king’s authority: many fiefs depended on the “Louvre’s bigtower”. 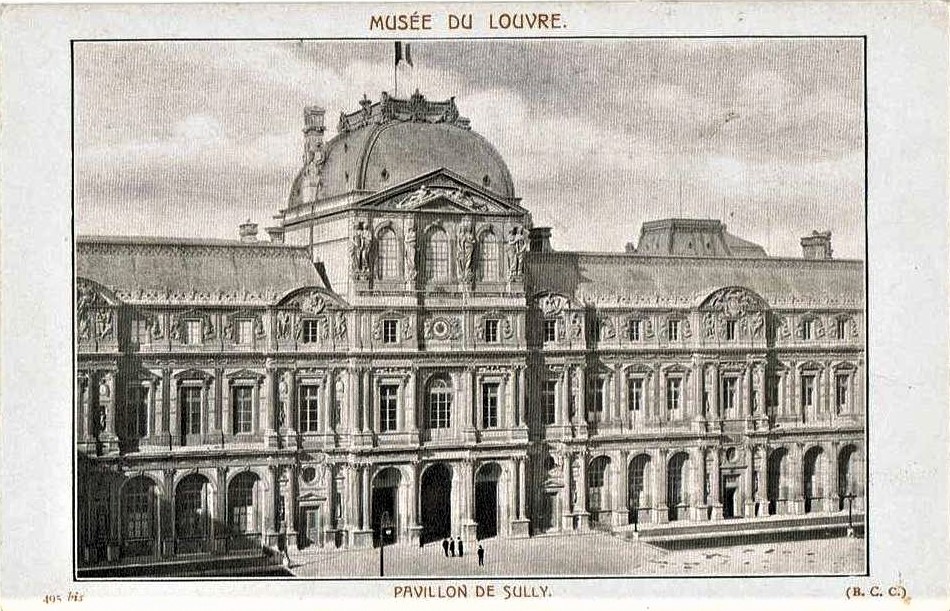 The Louvre retained its status as a royal residence until the French Revolution. From Francis I until Louis XIV, the kings of France and their architects worked to expand and renovate the Louvre, making it into one of the symbols of the French Renaissance. Construction continued on the Louvre until 1779, sometimes interrupted for a few years by wars.

Versailles became the royal residence during the reign of Louis XIV. The Louvre entered into another phase
of its cultural life. Starting in 1672, several academies and artists took up residence: the French Academy, the painting, sculpture and architecture academies… This new cultural identity ensured that the Louvre was spared during the French Revolution. 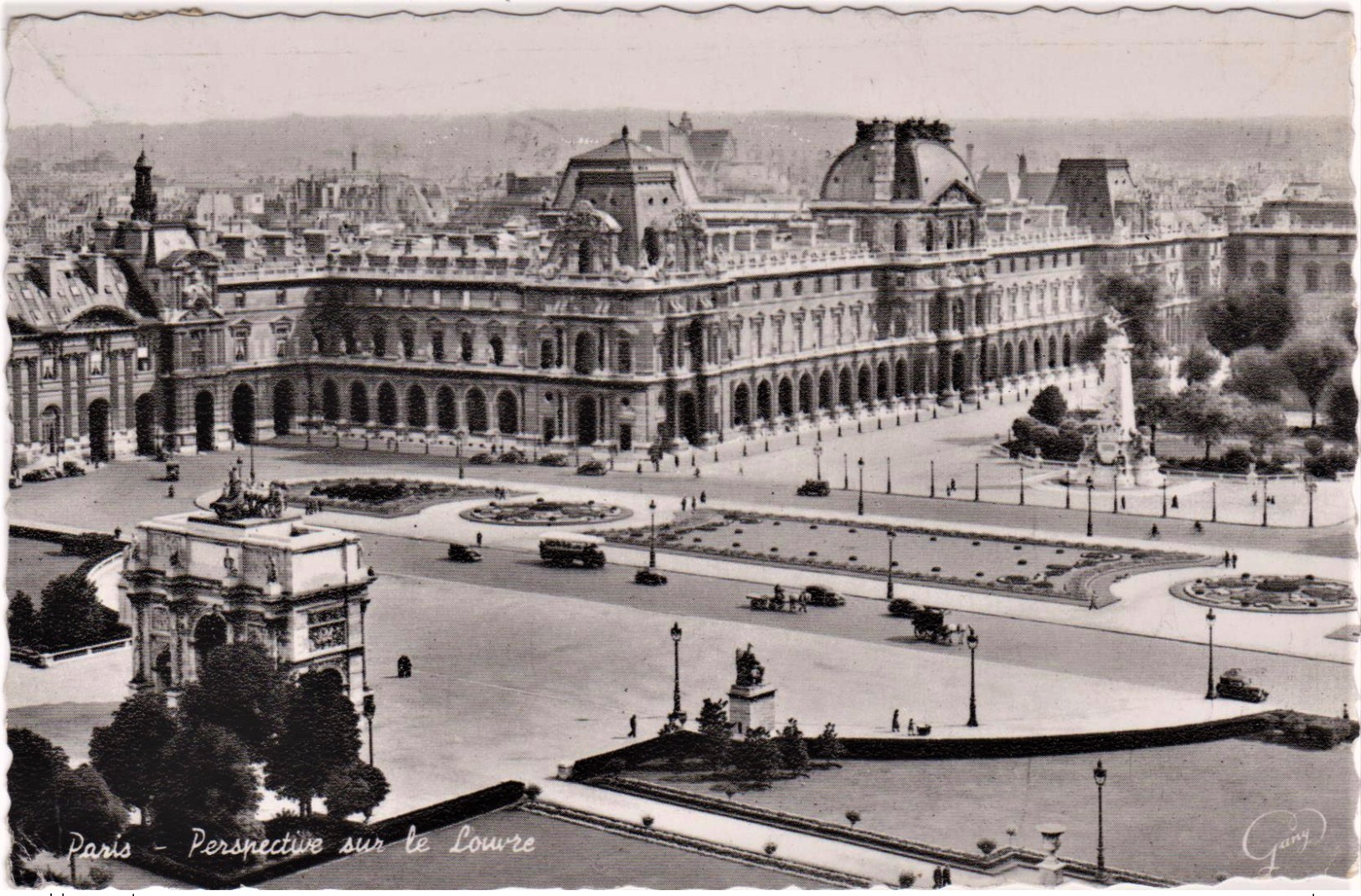 The Count of Angiviller initiated the museum plan in 1789. After the revolution, the Estates-General continued the project and added collections confiscated from the clergy.

Napoleon I moved to the Tuileries Palace and continued to finance the Louvre project. This period, in particular, improved the interior of the Louvre.

The Louvre Palace that we know today (with the exception of the Pyramid, of course) was finished on time for the 1855 universal exhibition. However, its wasn’t officially inaugurated until two years later on 14 August 1857 with Napoleon III in attendance.

The new Louvre, envisioned as a Mecca of the Intellect by Victor Hugo, became a listed building in 1889. In addition to its function as a museum, the Louvre was also home to government offices for
many years, notably the ministry of finance, until 1989.

The most recent major work on the Louvre museum was done during François Mitterrand’s presidency. It was during this period that the Louvre added the glass pyramid at the centre of the Cour Napoleon. The Louvre now welcomes over 10 million visitors a year, of which a quarter are French. It is overflowing with cultural treasures: the Mona Lisa, the Victory of Samothrace, the Raft of the Medusa…The world’s greatest painters and sculptors are all present in this museum, which is worth a visit in itself.

Discover the Louvre postcards for sale on Delcampe!

New: track the postcard barometer on the Delcampe Blog