Some of the most important figures of Greco-Roman mythology have been highlighted since the appearance of the first stamps in the middle of the 19th century. We would like to introduce you to five of them and the five related stamps. 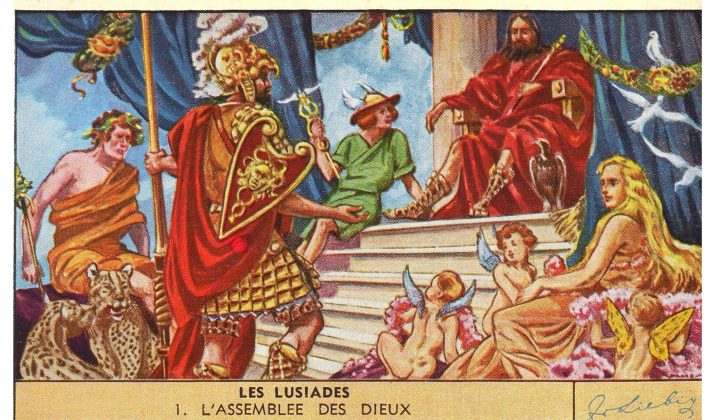 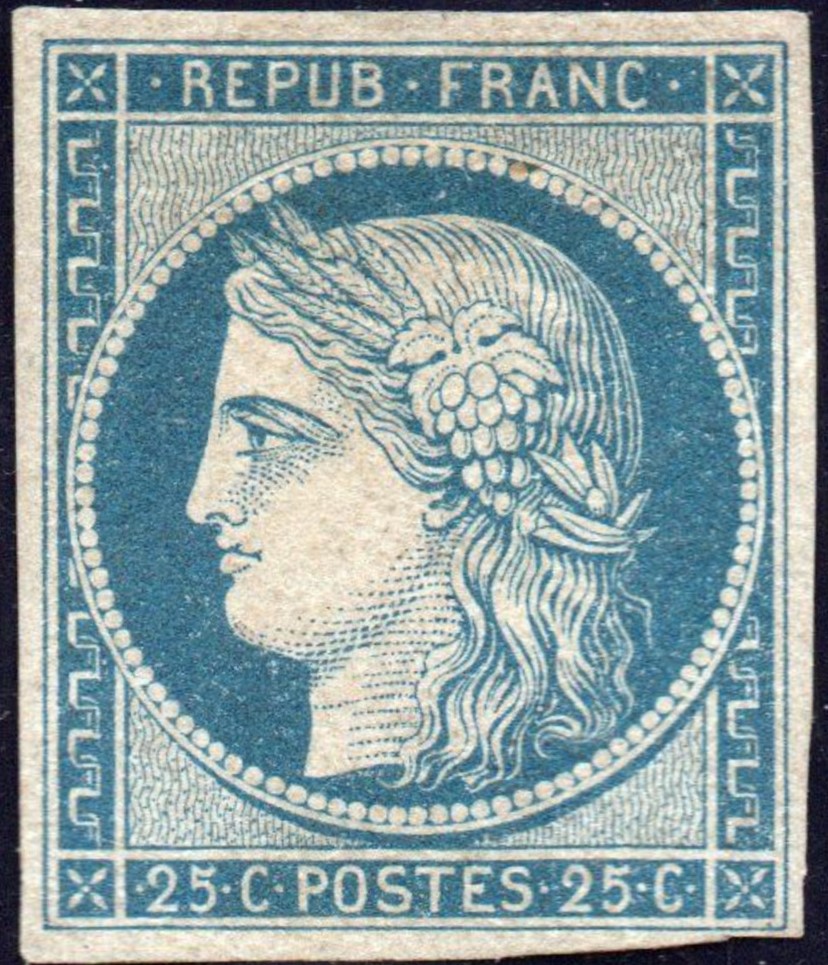 Ceres was the goddess of agriculture, crops and fertility. Her Greek counterpart is Demeter. The etymology of her name derives from the “god of beginnings”. Ceres was extensively celebrated in Antiquity because she ensured good crops and fertility for newlyweds. Sows and rams were often sacrificed to gain her favour.

According to mythology, Ceres had a daughter with Jupiter called Prosperine (Persephone) who was abducted by Pluto when she was picking flowers. After pleading her case, Ceres was finally allowed to spend six months in hell and six months with her mother. This is how the Romans and Greeks explained the seasons.

She also had two children with Neptune: the horse Arion and Despina. She is recognisable thanks to her crown of wheat.

Ceres is a star of philately. Her face appeared on the first French stamps issued in 1850. The stamp I want to introduce you today was sold in August 2021 on www.delcampe.net. Authenticated by French experts, the 1853 blue 25c stamp sold for €890.

Jupiter, king of the gods 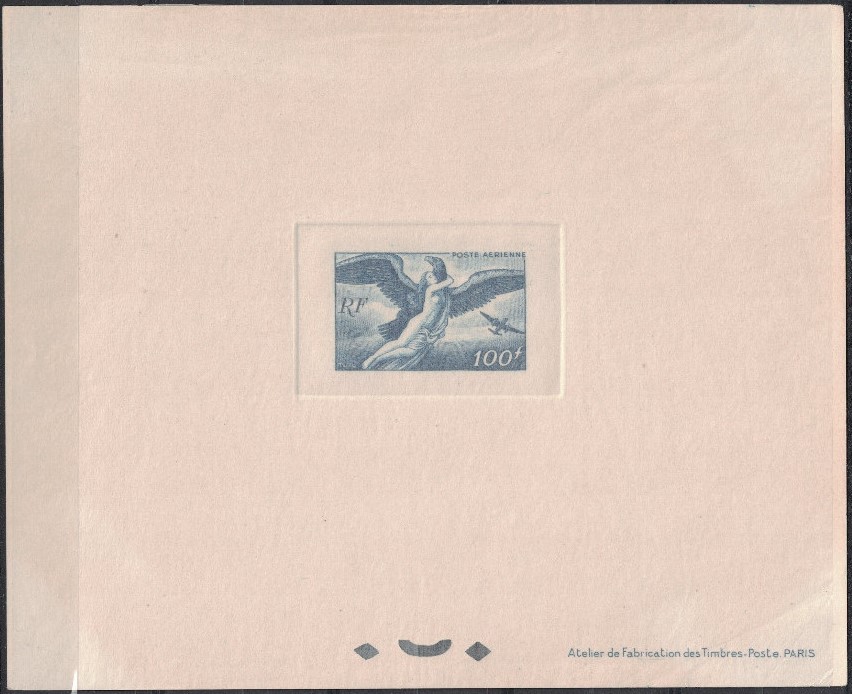 Jupiter is the most famous Roman god and the king of the gods. He is known as Zeus in Greek mythology. His main symbol is the lightning bolt, which he throws when angry. He has others as well: a sceptre, the oak and the eagle.

In Antiquity, people prayed to him in desperate situations and to conclude agreements. He was very popular and many temples were dedicated to him. In addition to his wife Juno (who was also his sister), he had many liaisons and many children, including Minerva, Hercules, Apollo and Hermes. He had many others as well.

“Jeudi” (Thursday in French) is named after him and was his day. The stamp I’m introducing today is a proof of a French air mail stamp representing Aegina being carried away by Jupiter. This blue stamp was created by Pierre
Gandon and is valued at 100f. It was issued in 1947 and withdrawn from sale in 1950. 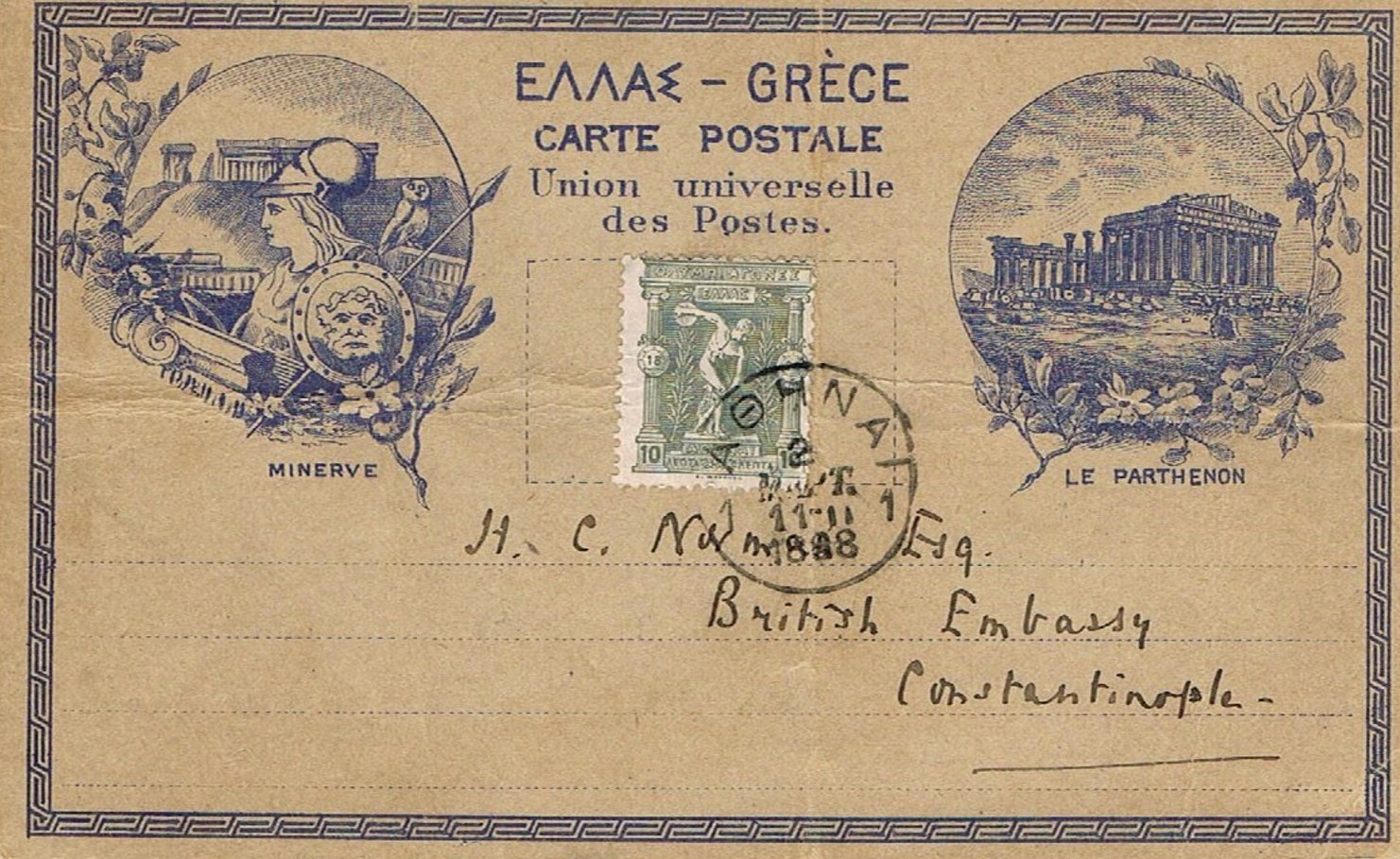 Better known by her Greek name Athena, Minerva is the goddess of wisdom, military strategy, artists, artisans and teachers. Often depicted with a helmet and a spear, the owl and olive tree are also her symbols. She was born from the skull of Jupiter who had eaten her mother. She was born dressed in full armour.

She was the protector of the city of Athens in Greece and the Parthenon was built to honour her. She also “received” a temple in Rome, located on the Aventine Hill. However, it was destroyed when the city was under siege.

The Romans venerated Minerva as the goddess of wisdom. She was among the most important gods of mythology. Like other gods, Minerva (or Athena) is also represented in stamps. The one we’ve chosen to show you is a surprising postal card. It shows the goddess on the left and the Parthenon on the right. The goddess’ name is in Latin although the postal card was issued in Greece. In fact, it is related to the Minerva Hotel in Athens. The entire postal card is special because it was sent in 1896 at the time of the first modern Olympic Games. 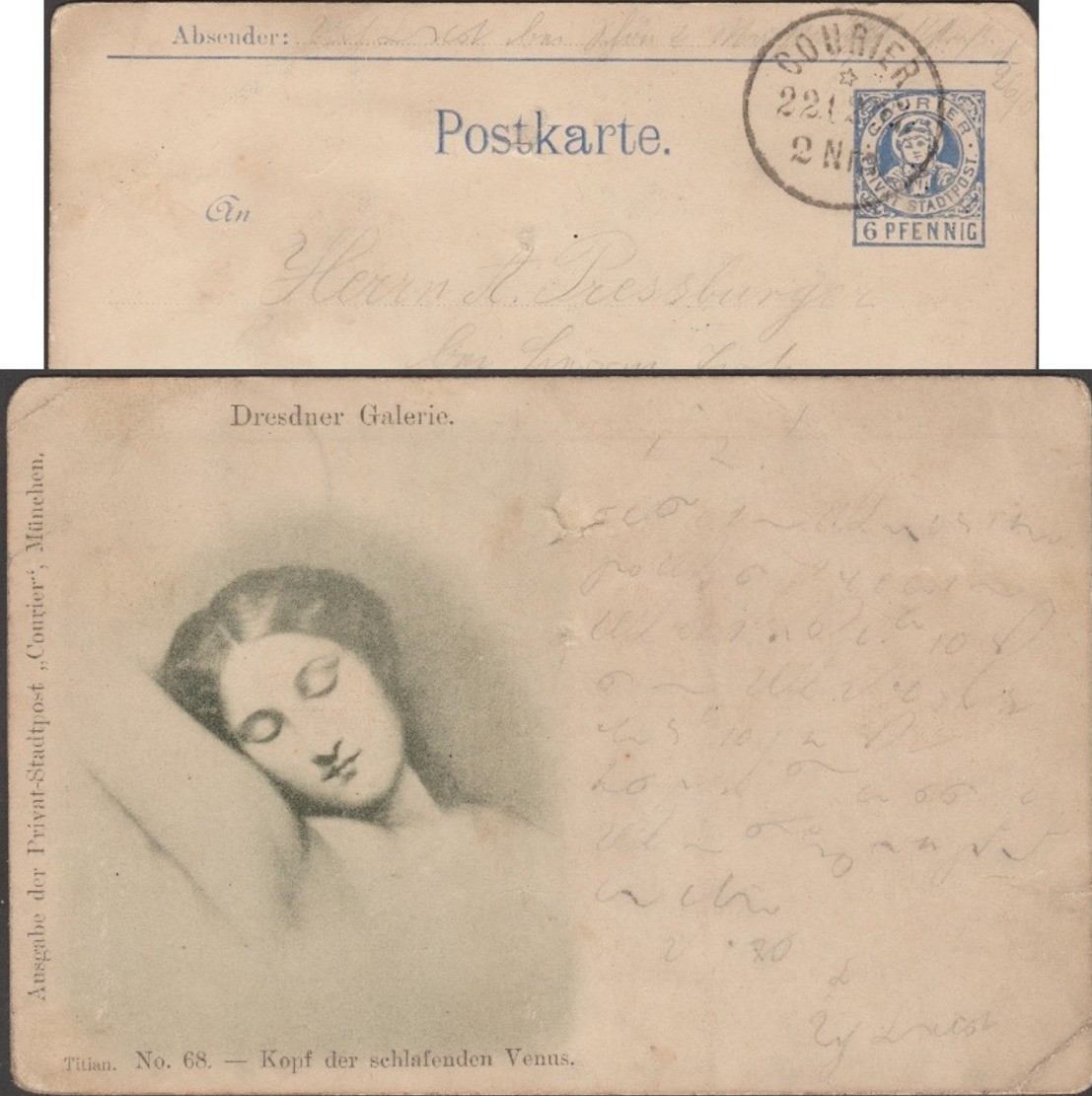 Known as Aphrodite in Greek, Venus is the goddess of love, seduction and female beauty. Her name means “to tie, to chain” and her symbols are the mirror, belt, myrtle, dove, swan and the apple, which she received from Paris at the beginning of the Iliad.

Venus was an important goddess in Antiquity. She was revered by several politicians including Julius Caesar and Augustus, who claimed to be the descendents of her son Aeneas, born of her union with the mortal Anchises.

According to legend, she had two other children: Cupid and Hermaphrodite, Friday is dedicated to her.

A beautiful piece representing Venus? Take a look at this postal card from 1899. It was created based on a drawing by the painter Giorgione of the beautiful face of Venus as she sleeps.

There appears to be an error on the postal card which attributes the work to Titian. Regardless of the artist, the result is very beautiful. 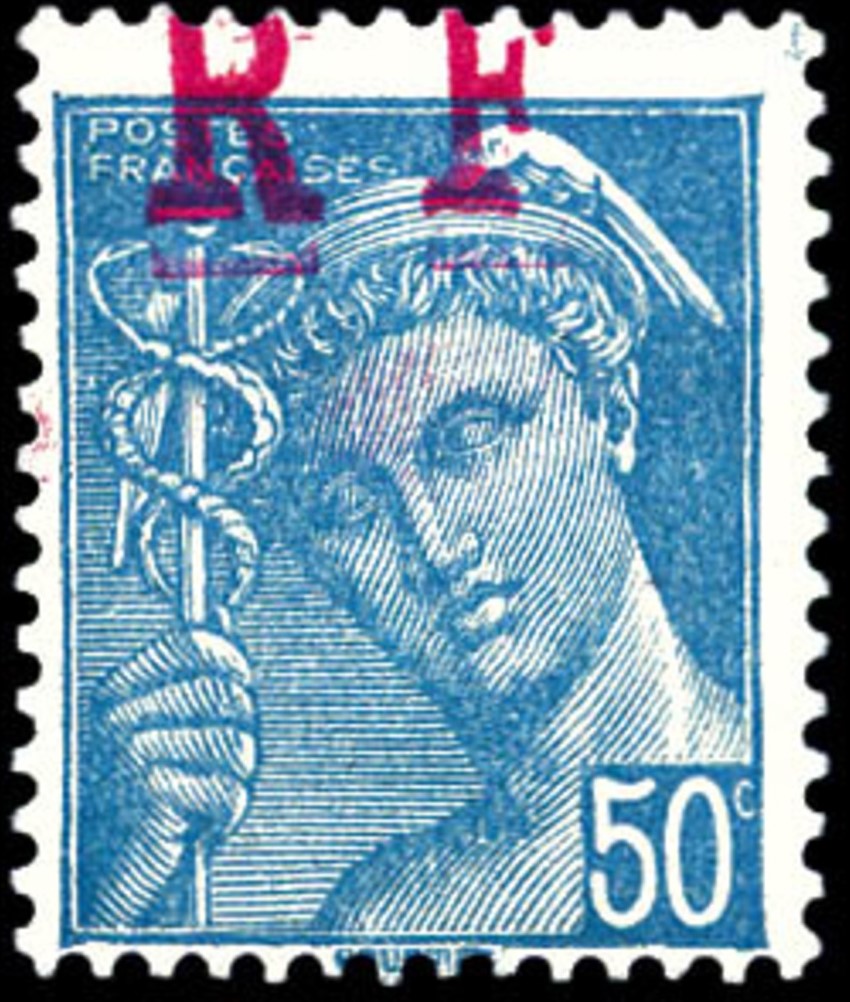 Mercury is known as Hermes in Greek. He is the son of Jupiter and the goddess Maia, the daughter of the giant Atlas, who carries the world.

The name comes from the Latin “merx”: merchandise, which undeniably makes him the patron of all merchants. His Roman temple was located between the Palatine and Aventine hills, the centre of commerce in 495 BCE during the
Roman period. Mercury was also the god of thieves and artists.

His symbols are the caduceus (a stick wrapped by two snakes), the talaria (winged sandals), and the petasos (winged hat). This outfit enabled him to easily accomplish one of his main tasks: to be the messenger of the gods. He gave his name to “mercredi” (Wednesday in French).

Mercury has probably been the most popular god in philately. He can be found on a series of French stamps engraved by Georges Hourriez in 1937, as well as on stamps from Greece, Belgium, Austria…

The stamp we present here is a 50c type II Mercury from Niort. The type II series was issued in 1942. The series was surcharged with a RF, for République Française libre (Free France) in the upper left corner in 1944

The Centenary of Meter Marks