The Centenary of Meter Marks 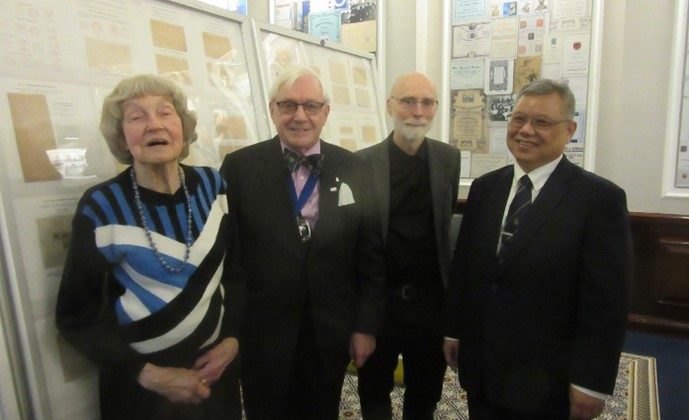 Three members of the Royal Philatelic Society London gave the displays to the members of the Society on 10 February to celebrate the centenary of the Universal Postal Union allowing meter marks to be used internationally from 1 January 1922. The members providing the overview of ‘Postage Meter Franking 1922-2022’ were Mike Jackson FRPSL, Henry Ong FRPSL and Maggie Thompson FRPSL.

Mike’s display focused on ‘Great Britain Meter Franking’ illustrating its development over the years. Included was a leaflet from Roneo Neopost, first produced in 1931, that declared ‘Exit the Postage Stamp’ thanks to the machine that ‘franks, postmarks, and cancels envelopes, wrappers, labels, etc., with one turn of the handle’.

Maggie’s display covered ‘Meter Marks from the Saar area of Germany 1926-1988’, noting that the first machine was put in use at the post office at Saarbrücken main railway station in 1926.

Giving the Vote of Thanks, Susan McEwen FRPSL commented how difficult the material shown is to acquire, as it would have had a very low survival rate. Following the displays, the President of the Society, Peter Cockburn FRPSL, thanked Andrew Norris for his generous gift to the Society of two meter mark machines.