Let the Star Wars collection be with you!

Whether we like it or not, it's impossible to avoid the new Star Wars film. The first George Lucas film came out in the 1970s and the franchise is still going strong. It's no surprise: the Star Wars collection is immense, like the success of the films! 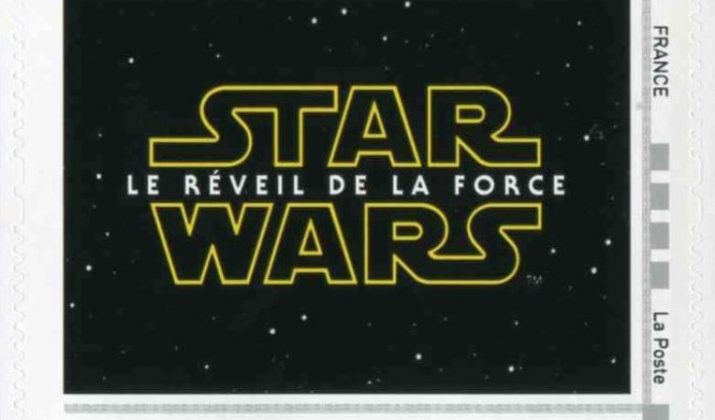 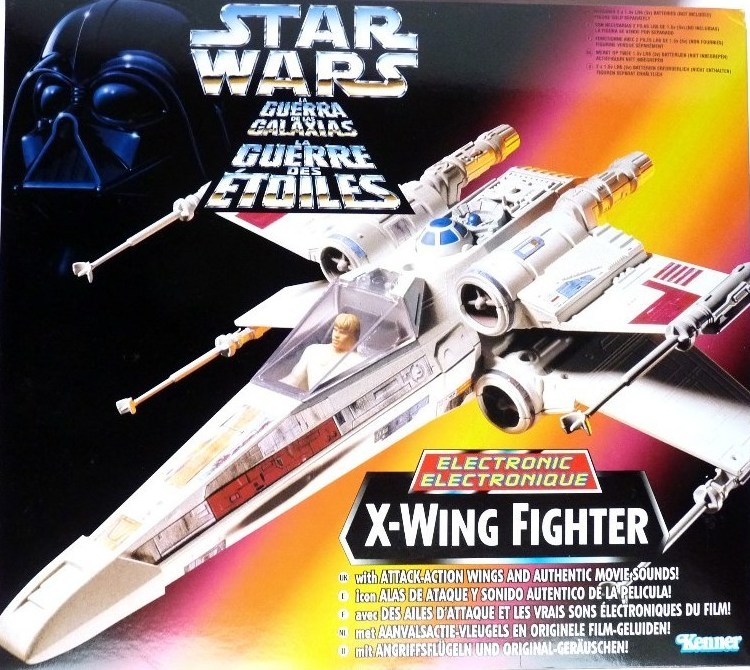 The Star Wars adventure started in 1977 with the release of “A New Hope”. The fourth instalment, the first on the big screen, tells the story of Luke Skywalker. The young man lives with his aunt and uncle on planet Tatooine. He discovers the droid R2-D2, which has a message from Princess Leia, who is asking for help from her Jedi friend Obi-Wan Kenobi. You know what came next, of course! If you don’t, watch the film!

The film met with instant success when it came out in the United States. Star Wars was saluted by the critics and admissions soared. The film grossed over 500 million dollars. It was Hollywood’s most profitable film until 1983, when it was dethroned by E.T. The film won seven Oscars and a Golden Globe. As for the music by John Williams, it is one of the most famous pieces in the world. 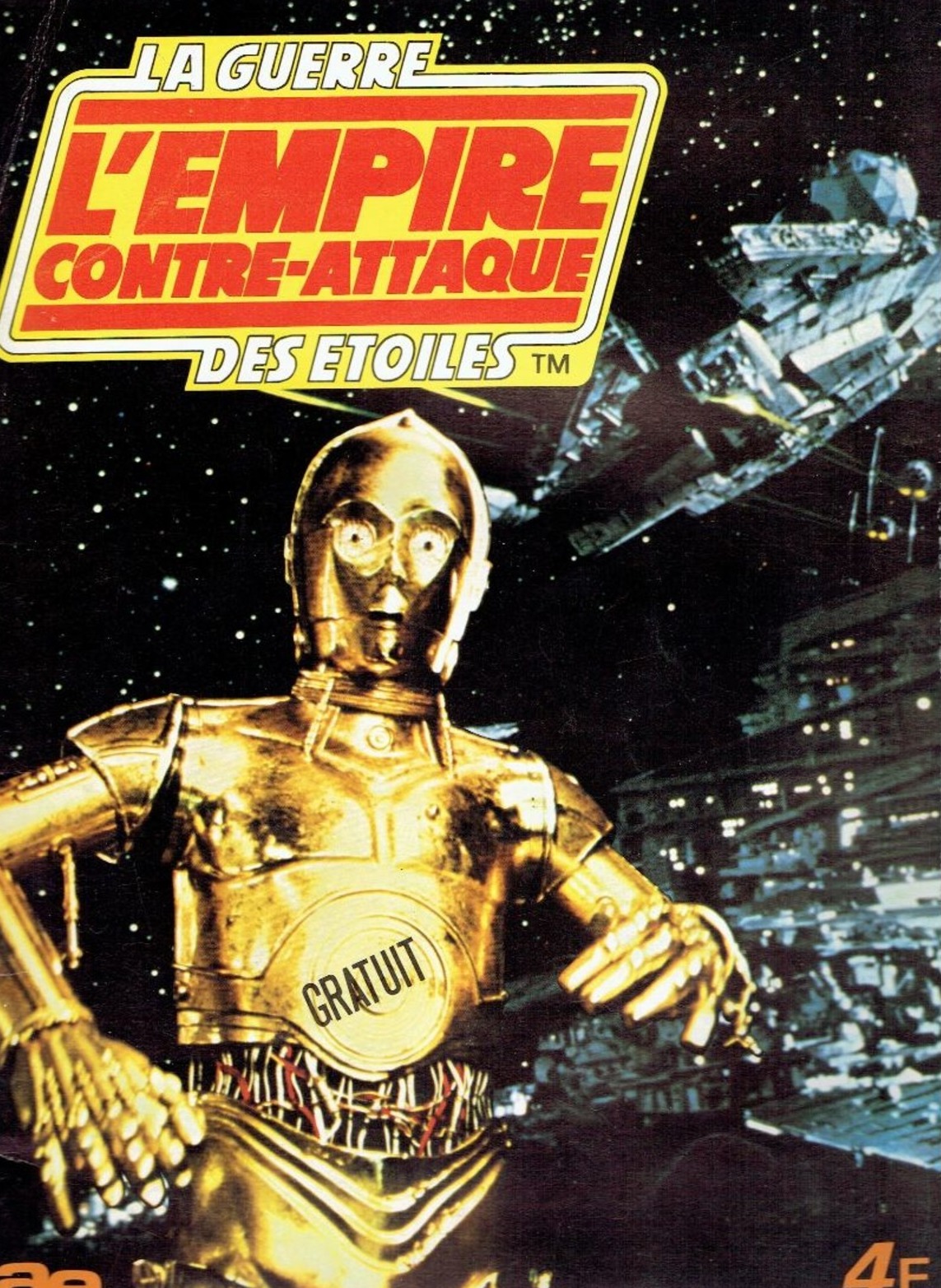 The Star Wars collector’s album was issued for episode V

George Lucas immediately understood the potential for Star Wars related products. He retained the rights when he signed his contract with 20th Century Fox. At first, he saw them as products to promote his films. He didn’t understand the impact the Star Wars collection would eventually have.

Following the success of the first film, the sequel came out three years later. It was called the “Empire Strikes Back”. It was also successful and there were many related products.

The same held true for the last film of the trilogy: “The Return of the Jedi”, released in 1983. In 1985, based on the success of the films, Lucas spun off the Ewoks, which look like big teddy bears and are one of the Star Wars tribes.

Then, time went by…

Did you recognise the sound of the engines of the TIE fighters? Apparently, it’s a mix of a bellowing elephant and screeching tires on a wet pavement!

In the beginning, the actor who was supposed to play Yoda was…a monkey!

Did you know that the original Star Wars soundtrack was remixed as a disco album in 1977? A surprising effect for sure! 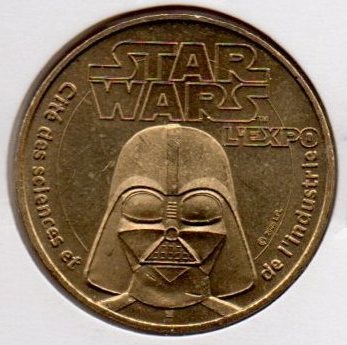 The second Star Wars trilogy, or prequel, tells the story of Darth Vader before he falls to the dark side of the Force.

In the first episode, the young Anakin Skywalker is just a little boy when he helps the Jedi Qui-Gon Jinn and his apprentice Obi-Wan Kenobi, who are tasked with protecting Queen Amidala of Naboo.

The film came out in 1999. The special effects were revolutionary, as were those of the first trilogy, 20 years earlier. After a 16-year wait, the fans were out in force. While the opinions of the critics were mixed, profits for the film alone reached nearly a billion euros. In addition, the many licences to Lego, Pizza Hut and PepsiCo, among others, provided even more sources of profit…and increased the number of Star Wars collection items! 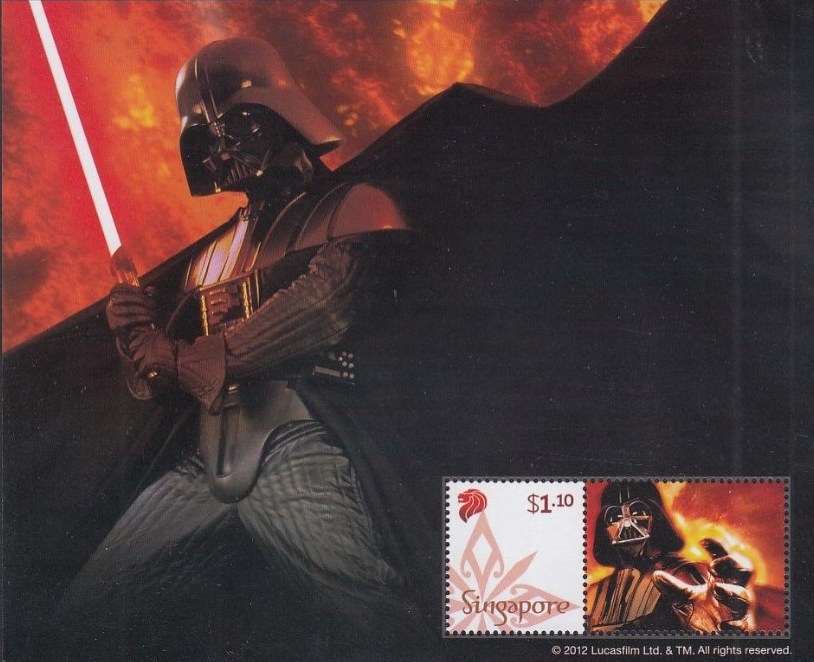 It was followed by the “Attack of the Clones” in 2002. Although it received better reviews than “The Phantom Menace”, the film did not earn as much. The film was in competition with other proven sagas: Harry Potter, Spider-Man and The Lord of the Rings all released an episode at the same time. Once again, the big brands competed with each other for Star Wars licences, providing the films with greater visibility and diversifying the collection.

The trilogy closed with “The Revenge of the Sith”, in which Anakin Skywalker becomes Darth Vader. The film came out in 2005 and was, again, a huge success. And, of course, new items were added to the Star Wars collection.

Useless, but amusing, anecdotes about these episodes

When Qui-Gon Jinn tries to communicate with the spaceship, he uses a repurposed women’s razor!

There were some notable extras in the films. Ahmed Best (Jar Jar Binks) and Anthony Daniels (C-3PO) are seen without costumes in the background of some scenes. George Lucas even appears when Anakin and Palpatine meet at the opera.

Samuel L. Jackson insisted on a purple lightsaber. He is the only Jedi to have one that colour.

Once again, time went by between two trilogies. In 2012, George Lucas’ production company, Lucasfilm, was bought by the giant in children’s films: The Walt Disney Company.

It would take about ten years for the next Star Wars episode. “The Force Awakens” began another cycle and enabled us to renew our acquaintance with some of the characters from the first trilogy. 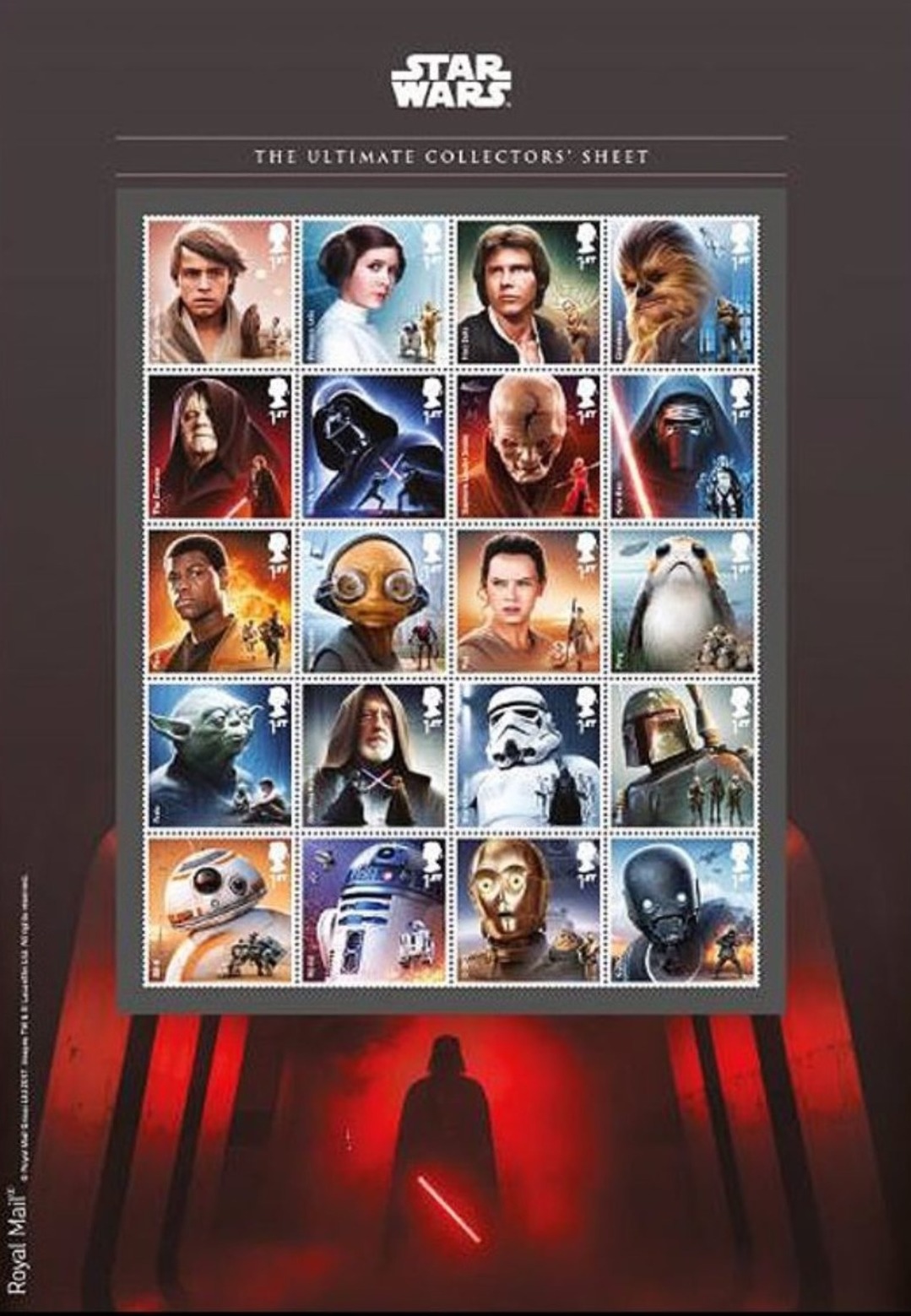 UK 2017, a stamp book with the likenesses of the characters from the new Star Wars film.

It turns out that Han Solo (Harrison Ford) and Princess Leia (Carrie Fisher) had a son. He goes over to the dark side of the Force. There is also Rey, a courageous young girl who is a very talented pilot, and Finn, a deserter from the Empire army. This provided another opportunity to broaden the Star Wars collection, with many related products created for the release of the film.

There’s no doubt: store shelves are overflowing with Star War products. They will make collectors very happy! None of them will skip seeing “The Last Jedi”.

Needless to say that with Disney’s purchase of the Star Wars brand, there are hundreds of new related products available. They range from socks, to stamps, to toys: the Star Wars collection includes several thousand items. While some collectors focus on a given trilogy, others build their collection around one of the characters.

There are many items available at Delcampe to complete your Star Wars Collection. Discover them now!

Just a few days left to register for our contest and win €500 in gifts from Delcampe!