“The Lord of the Rings”, an influential masterpiece for over 70 years!

If the names Legolas, Gimli, Frodo and Gandalf are familiar to you, it’s because you’ve at least seen the Peter Jackson films which popularised J.R.R. Tolkien’s work around the world...Explore Lord of the Rings collection items 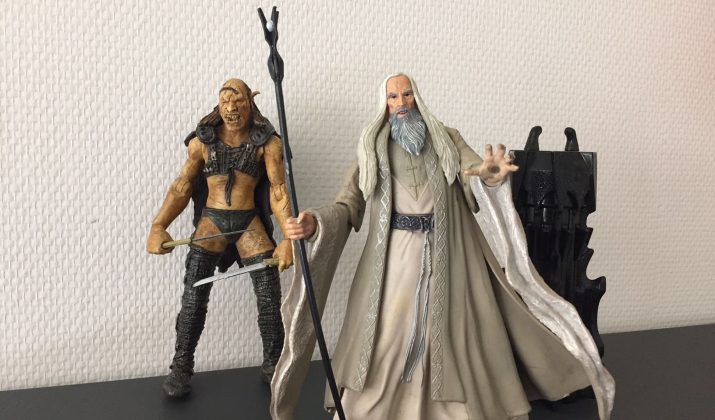 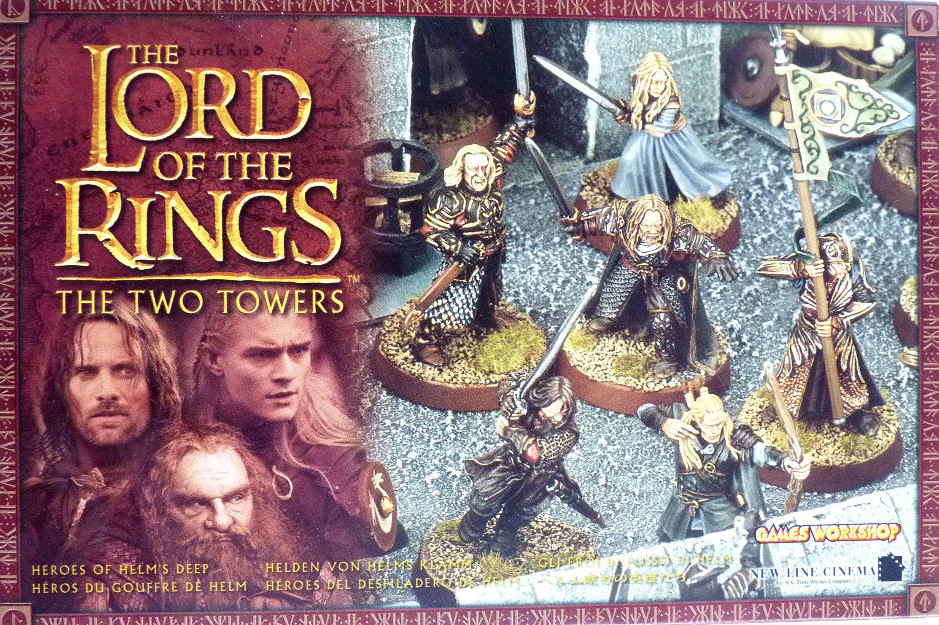 “The Lord of the Rings” game, copyright: Games Workshop

The British game publisher Games Workshop created a set of figurines when “The Fellowship of the Ring” was released in 2001. While the first version only featured characters from the film, the company to which we owe the Warhammer figurines re-released the game with other characters from Tolkien’s universe. 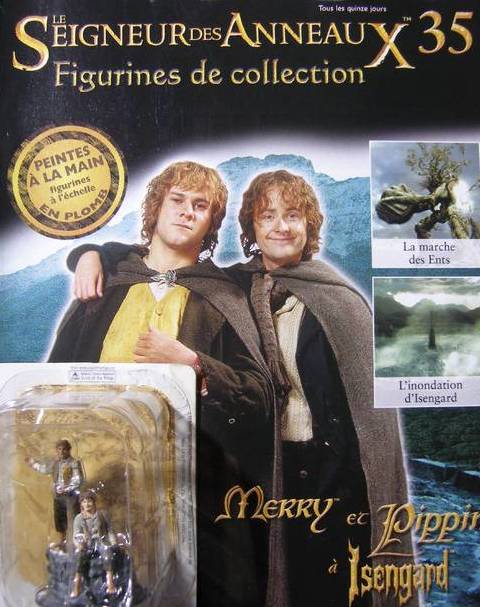 The game was not the only one to spawn Lord of the Rings figurines. The publisher Eaglemoss created over a hundred figurines of the many characters in Tolkien’s novels. The publisher, which creates large-scale figurine collections, recently launched a collection of characters from The Hobbit film trilogy. 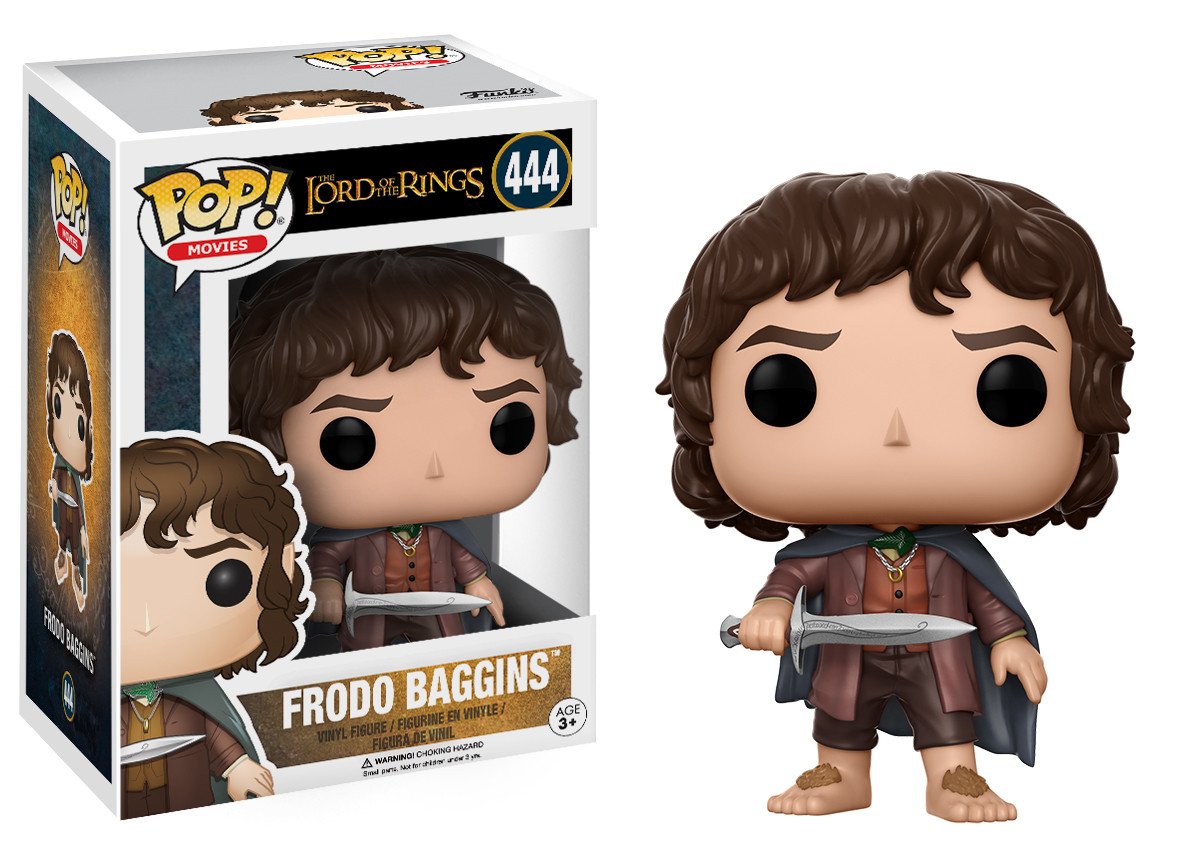 In a completely different style, Funko created new pop-up figurines in 2017 representing six of The Lord of the Rings’ main characters.

In smaller formats, NLP, Inc. created many tokens in the likeness of the books’ characters in 2003 and 2004. They include both standing figurines and busts. 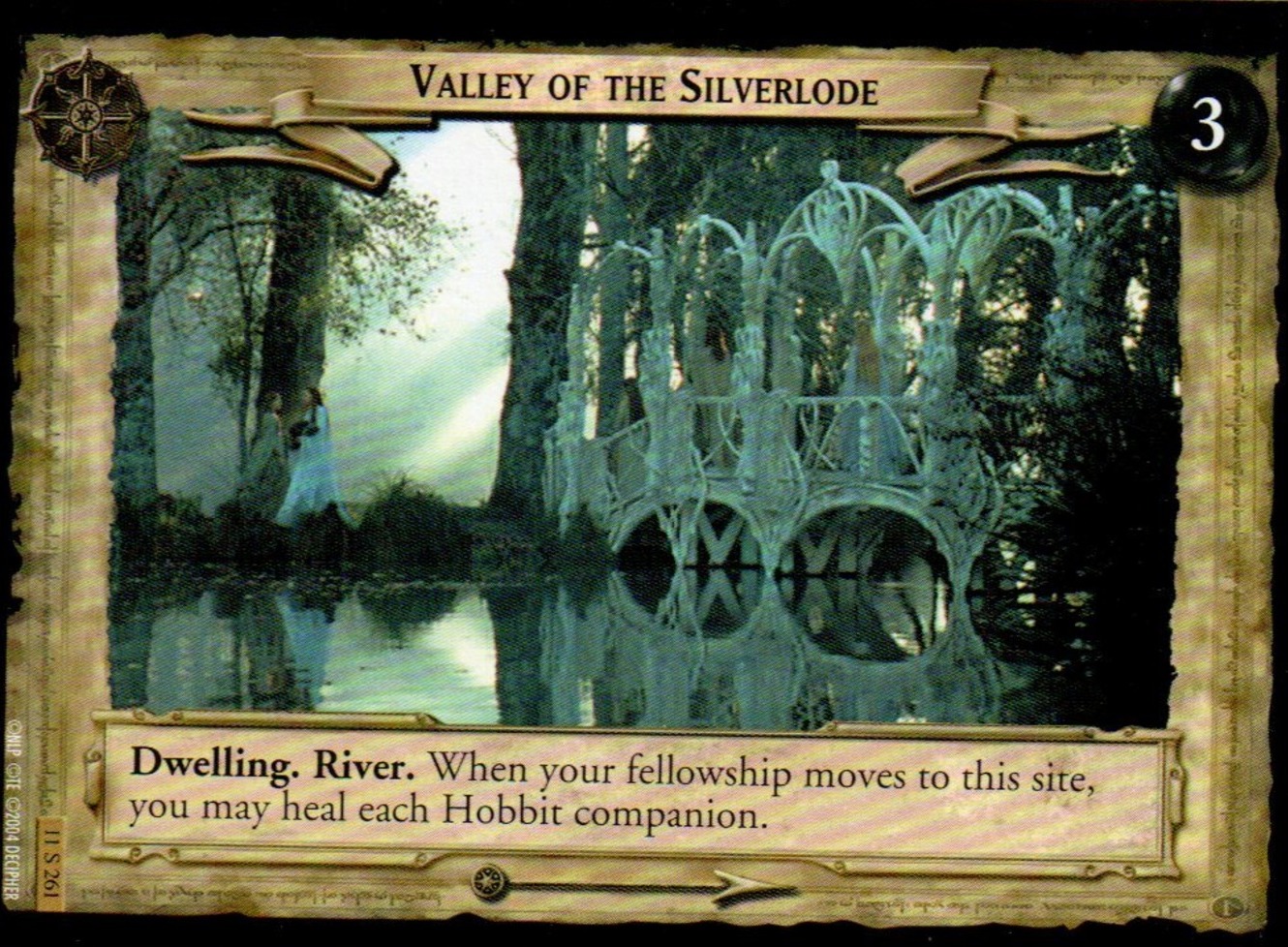 “The Lord of the Rings” game card, copyright: Decipher editions

The role-playing publisher Decipher created the most-sought after Lord of the Ring cards. There are 122 of them.

The company isn’t alone. Fantasy Flight Games also released Lord of the Rings card games which are highly appreciated by players and collectors.

These are just two examples among many others. The topic created so many passionate fans that brands, including Nestle, brought out collection cards. There are also many stickers!

Providing an exhaustive run-down of all of the merchandise from the Lord of the Rings collection, in many languages, would be a gigantic endeavour. However, you should know that there are tens of thousands of items to discover! Of course, stamps, coins, telephone cards and more…round out the collections! 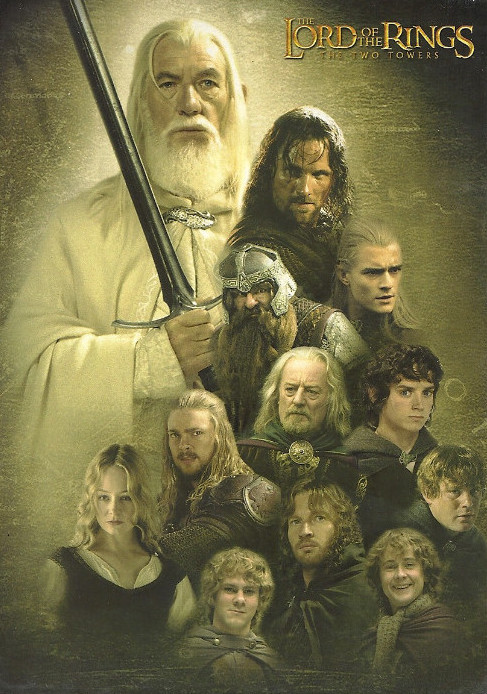 Postcard of the movie poster “The Two Towers”

What about the work itself?

We aren’t cheeky enough to try to summarise the entire work for you here: read the books or watch the films, if you haven’t done so already. They provide an excellent way to relax.

The “Lord of the Rings” was the sequel to J.R.R. Tolkien’s “The Hobbit”, which was published in 1937. In light of the book’s success, the publisher Allen & Unwin asked Tolkien to write a sequel. It took the author 18 years to write and publish it. But what a masterpiece!

The “Lord of the Rings” is one of the greatest works of Fantasy literature of all time. Tolkien himself thought of it as a fairy tale for adults.

The novel’s publisher decided to make it into a trilogy because the book would have been too large and expensive if it had been published as a single volume like Tolkien wanted. The novel became a trilogy with well-known titles: “The Fellowship of the Ring”, “The Two Towers” and “The Return of the King”.

A different split would, however, have been more logical. Tolkien subdivided the “Lord of the Rings” into six books. 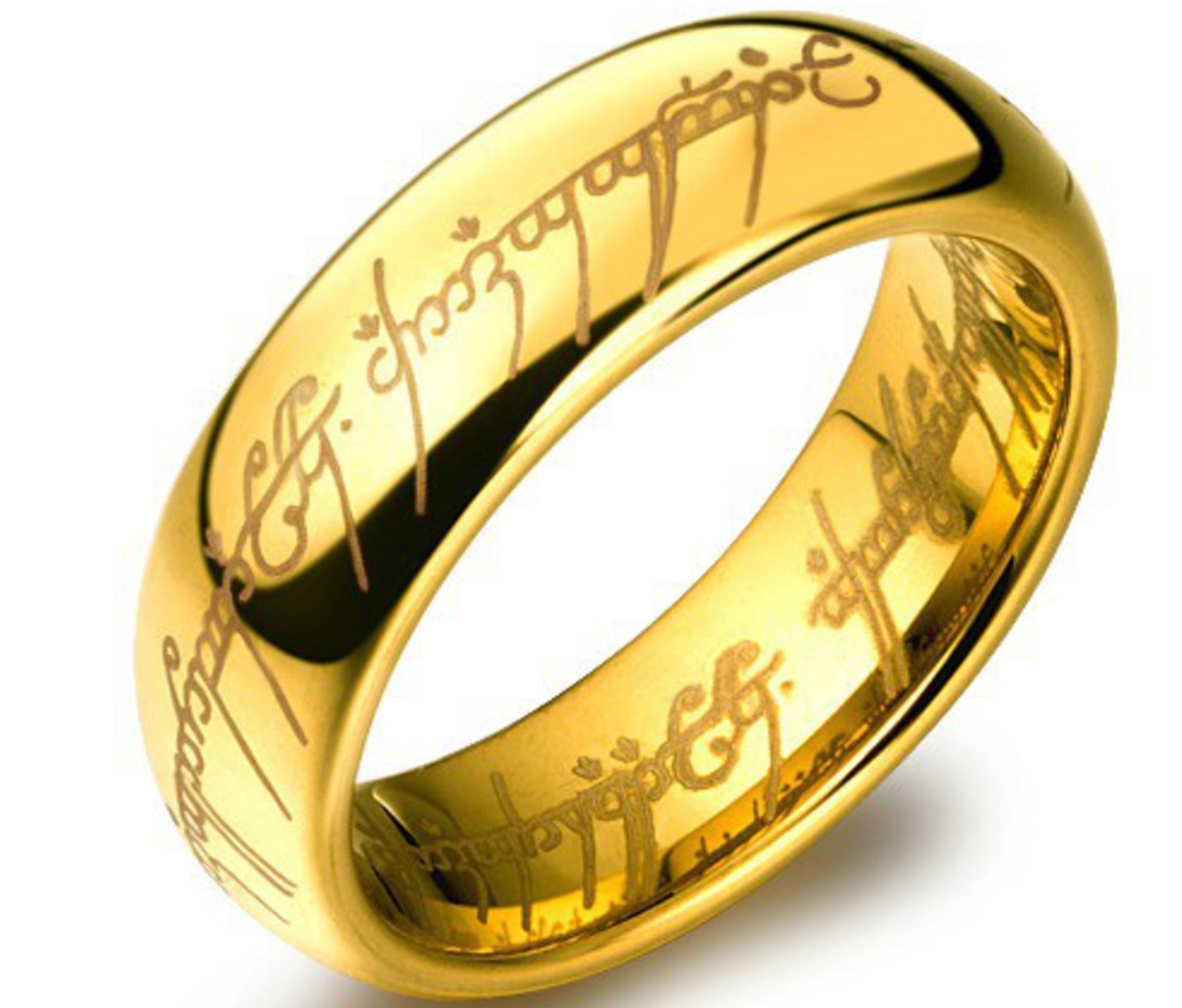 Although the “Lord of the Rings” was the continuation of “The Hobbit”, Tolkien didn’t want to make Bilbo the main character again. He conceived an intrigue in which Bilbo gave his nephew (second cousin) the One Ring. He had acquired it by chance during a previous journey when he stole it from Gollum in a cave. The ring is the One Ring, forged by Sauron who intends to get it back. Frodo accepts the mission to carry the ring across Middle Earth to destroy it.

Tolkien found writing his novel very difficult. With the help of C.S. Lewis, (the famous author of “The Chronicles of Narnia”) and his son Christopher, he finished writing the novel in 1949. 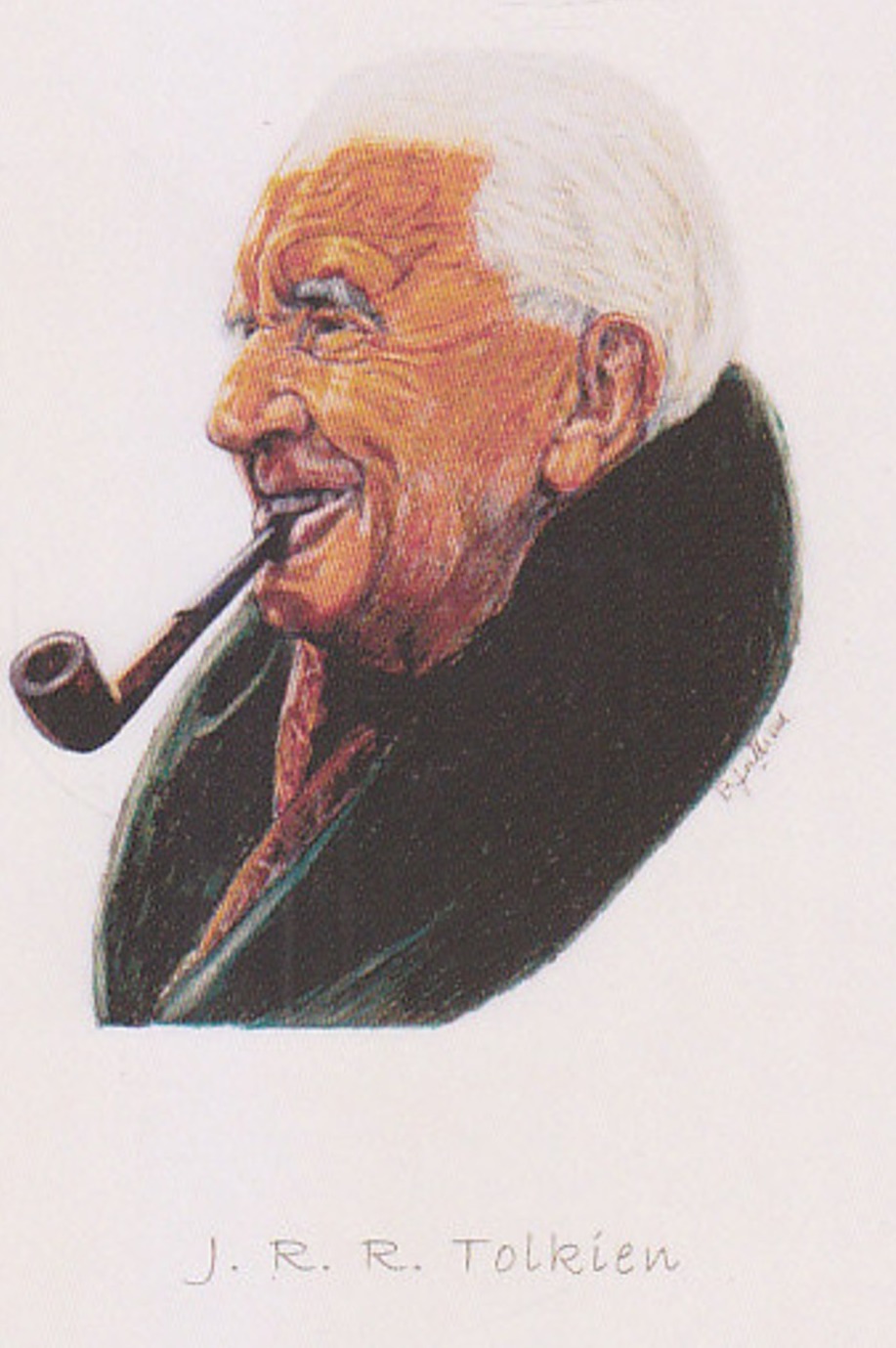 Tolkien wanted to publish “The Lord of the Rings” and the “Silmarillion”, but the latter wasn’t included in the plans of his publisher Allen and &amp Unwin. Tolkien also planned to have the two novels published by Collins. However, his contact at Collins had jumped the gun and didn’t keep his promises. Tolkien was disappointed and returned to Allen & Unwin.

It took another five years for the first book of the trilogy to finally be published. The publisher released all three books in just over a year. They were cautious, publishing 4,500 copies of the first book and 4,250 copies of the second book. However, when they published “The Return of the King” the books had already met with success and the first print run was for 12,000 copies. This was just the start for a work that has been translated into some thirty languages. It has sold tens of millions of copies around the world.

The “Lord of the Rings” was and remains a classic work of Fantasy literature. It has had a major influence on the gaming world. It’s the inspiration for many role-playing games as well as films, music, video games and, of course, collecting.

les Meet us on Delcampe” for Lord of the Rings collection items!

When a mistake makes you happy!