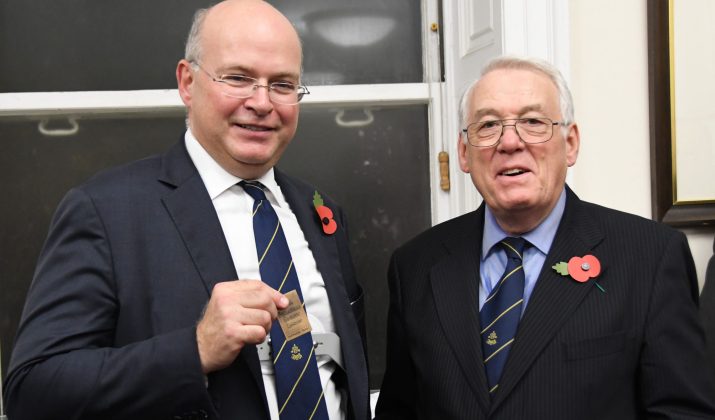 The President of The Royal Philatelic Society London, Patrick Maselis RDP FRPSL, surprised the members with his display on 8 November titled ‘Belgians in the World’. Many had not previously realised how Belgians had established settlements on or organised expeditions to many parts of the world. Patrick decided to focus his attention outside Europe, for while Belgian influence in central Africa is well known, its involvement extended to China, Guatemala, New Zealand and the South Pole. Indeed, a ‘Belgian Colony’ still exists today, namely Villaguay within Argentina.

Introducing the display, Vice President Richard Stock FRPSL commented how all the items on show were magnificent and beautifully displayed. The vote of thanks was given by Chris King RDP FRPSL who echoed Richard’s words, adding that the material was extraordinary and represented ‘a good idea pursued mercilessly’.

Among the highlights noted by Chris was a share certificate from 1723 for the Ostend Company. In 1713 the land that is now Belgium came under the rule of Emperor Charles VI of Austria. Some rich merchants persuaded him to grant them the monopoly over trade with India using the Campagnie d’Ostende (Ostend Company). Fierce opposition from the Dutch, English and French resulted in the company being dissolved in 1774.

During the afternoon Patrick Maselis was honoured by a visit from Ambassador Rudolf Huygelen at the Embassy of Belgium in the United Kingdom.

How to ensure a successful transaction on Delcampe