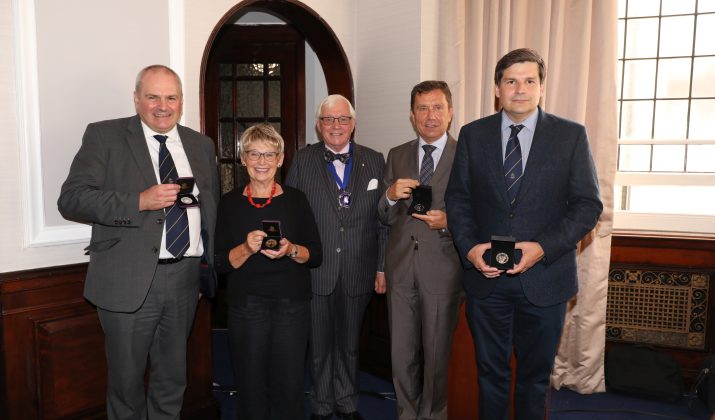 The Royal Philatelic Society London has announced the recipients of its medals for 2022 as follows.

The Tapling Medal for the best article in the Society’s journal, The London Philatelist, was awarded to Marco Panza for the article ‘Postal Rates in the Napoleonic Kingdom of Italy, 1805-1814’.

The Tilleard Medal for the best afternoon display given to the Society went to James Grimwood-Taylor RDP, FRPSL for ‘Postal History of the World c3000BC to c1940’.

The Crawford Medal for the most valuable and original contribution to the study and knowledge of philately in book form, whether physical or electronic, was awarded to Guillerno F. Gallegos FRPSL and Joseph D. Hahn for The 19th century issues of El Salvador, 1867-1900.

The London Medal for exceptional service to the Society went to Geoff Hanney FRPSL for his work assisting the Society’s Expert Committee.

Nominations are invited for the award of the Crawford Medal in 2023. Works should have been published and made available in 2021 and 2022: the work does not have to be published by the Society or written by a member of the Society. Nominations, from any individual, society or body, should be sent to the Librarian at The Royal Philatelic Society London, 15 Abchurch Lane, London EC4N 7BW (email: librarian@rpsl.org.uk) by 31 January 2023, and should be accompanied by a non-returnable copy of the work if it has not already been supplied to the Society’s library.

Immortalised by postcards… physical deformities made their careers…