Many stamp collectors are interested in forgeries. First, because forewarned is forearmed. Next, because there is something fascinating about the techniques used by the forgers. We’re going to take a look at propaganda forgeries. These stamps were created to get a message to the population. They reproduce a stamp nearly identically, but with slight differences to get their ideas across. 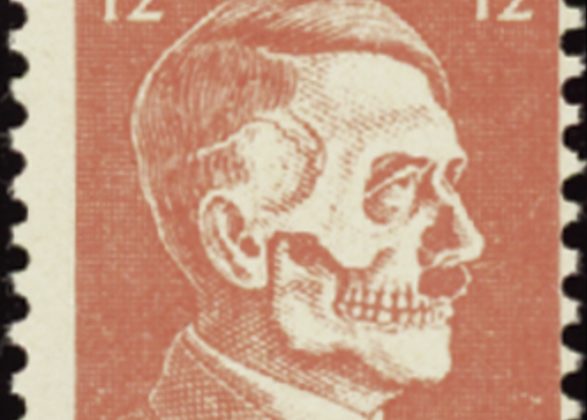 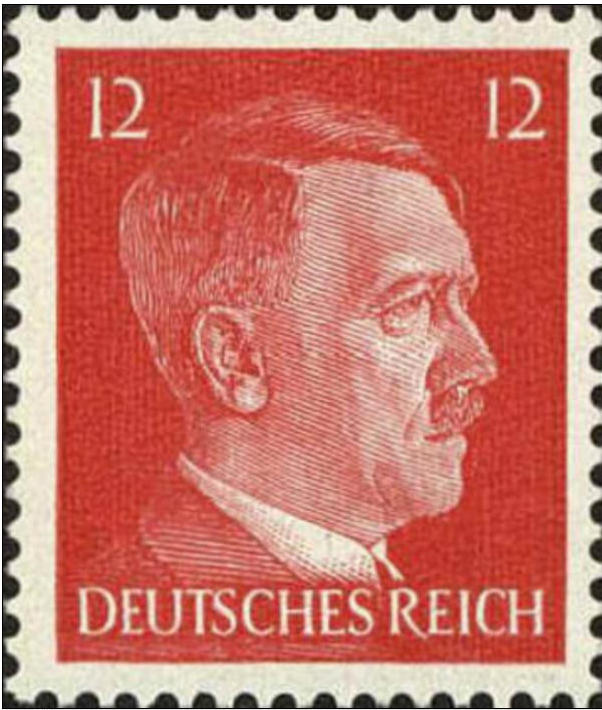 Germany 1941, stamp with the effigy of Hitler “Deutsches Reich” 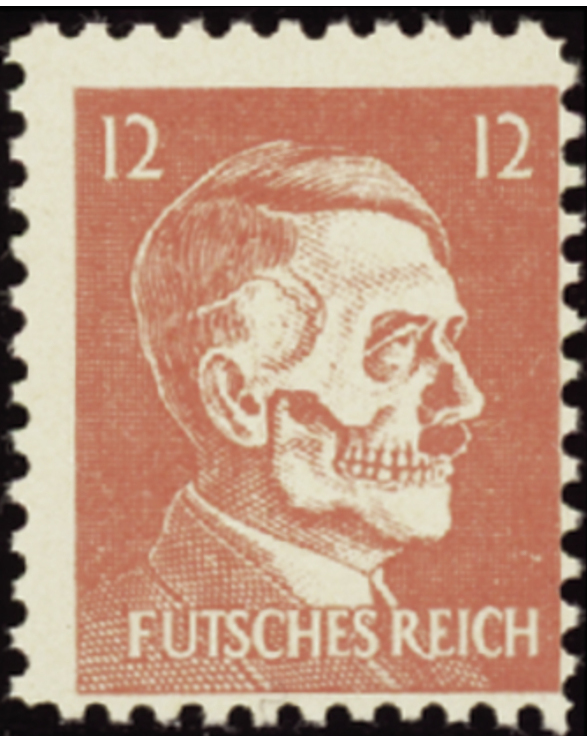 One of the best-known propaganda forgeries is the “Futsches Reich” (meaning “Ruined Reich”) stamp created as part of “Operation Cornflakes”. The stamp, with a skeletal half profile of Hitler, was created by the Americans in February 1945. Its purpose was to demotivate the German and Austrian people about the war. To do so, the Allies used standard mail to send tracts and newspapers critical of the Nazi regime.

The “Office of Strategic Services” set up the operation. It was baptised “Operation Cornflakes” in reference to a favourite American breakfast cereal, because that’s the time of day the mail arrives.

The operation was complex. First, every letter had to be unique to outwit Gestapo surveillance and the Nazi postal system. And, especially, the bags containing the propaganda mail had to be mixed in with the regular mail. To achieve this, the Allies would bomb mail trains and drop bags of propaganda mail at low altitude. In the chaos, the Germans wouldn’t pay attention and would mix all of these mail bags with the traditional mail that had survived the attack.

The operation ran from 5 February to 31 March 1945. Ten missions were carried out during the period and nine were successful. It is thought that 5,000 letters entered the Nazi postal system this way. Of course, an envelope with one of these stamps is a rare collection piece. 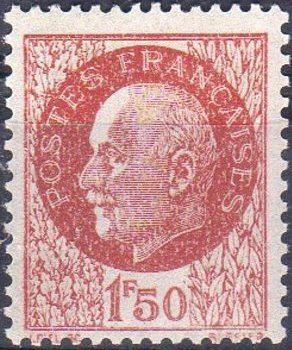 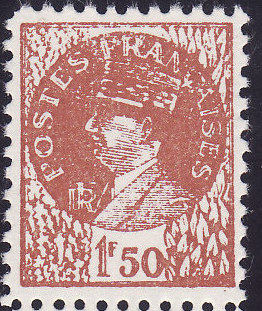 Another famous propaganda stamp was created in France, in Nice to be precise: the fake “Pétain de Nice”. This propaganda forgery was created by the “Combat” resistance network in 1943. It shows General de Gaulle, the symbol of the French Resistance, in profile instead of Maréchal Pétain, the leader of the French Vichy government.

The Alpes-Maritimes “resistance” team had help from the Champamon print shop in Nice to create the propaganda forgeries. A second print run was done at the Pontara print shop. The stamps were used on mail between 22 and 30 July 1943, primarily for local mail. The stamp has a range of colours and perforations.

Nice wasn’t the only French city with patriots willing to use stamps to share General de Gaulle’s image. In Marseille, the “Résistance Phocéenne” carried out a similar operation, adding a forged de Gaulle between two Pétain stamps.

Only 2,500 copies of the stamp were made. They were in circulation around early 1943.

The post office workers of Saint-Giniez in Marseille played an important part. Being good patriots, they cancelled the stamps and delivered the mail. The regional post office department issued a circular when it discovered the forgeries. Although it was distributed to the post offices, it was not particularly well enforced.

Given the seriousness of the events, these stamps are extremely rare. We can surmise that they were destroyed by their recipients who would have been afraid to be found out with the forgeries in their possession. The concept appealed to forgers who, in order to deceive collectors, created fake issues of the forgeries. They appear to have been created in Italy in the 1990s. Gérard de Morant was one of the first people to draw attention to the fakes. They can be identified by the thickness of the “Bersier” signature and the excessively light colour of the stamps.

While doing my research on Delcampe, I came across another stamp with Pétain’s effigy. This fake is based on the Prost issue of 1941. Laval appears as a devil next to Pétain’s profile.

Pierre Laval was Maréchal Pétain’s prime minister under the Vichy government from 18 April 1942 to 19 August 1944. Overtly pro-Nazi, he was the mastermind behind the infamous Winter Velodrome round-up (rafle du Vel’d’Hiv’) and the work relief scheme (Relève). Under the work relief scheme, one French prisoner of war was released for every three skilled French workers sent to Germany. The man was hated by the Resistance and was convicted of “national indignity” and sentenced to death at the end of the war.

The stamp was apparently ordered in 1943 by the BCRA (Bureau Central de Renseignement et d’Action de la France Libre). It was to be printed in blocks of 20. A print run of 2,000 blocks was planned to discredit the government. The project was abandoned due to fears of retribution against the families of the Free French. 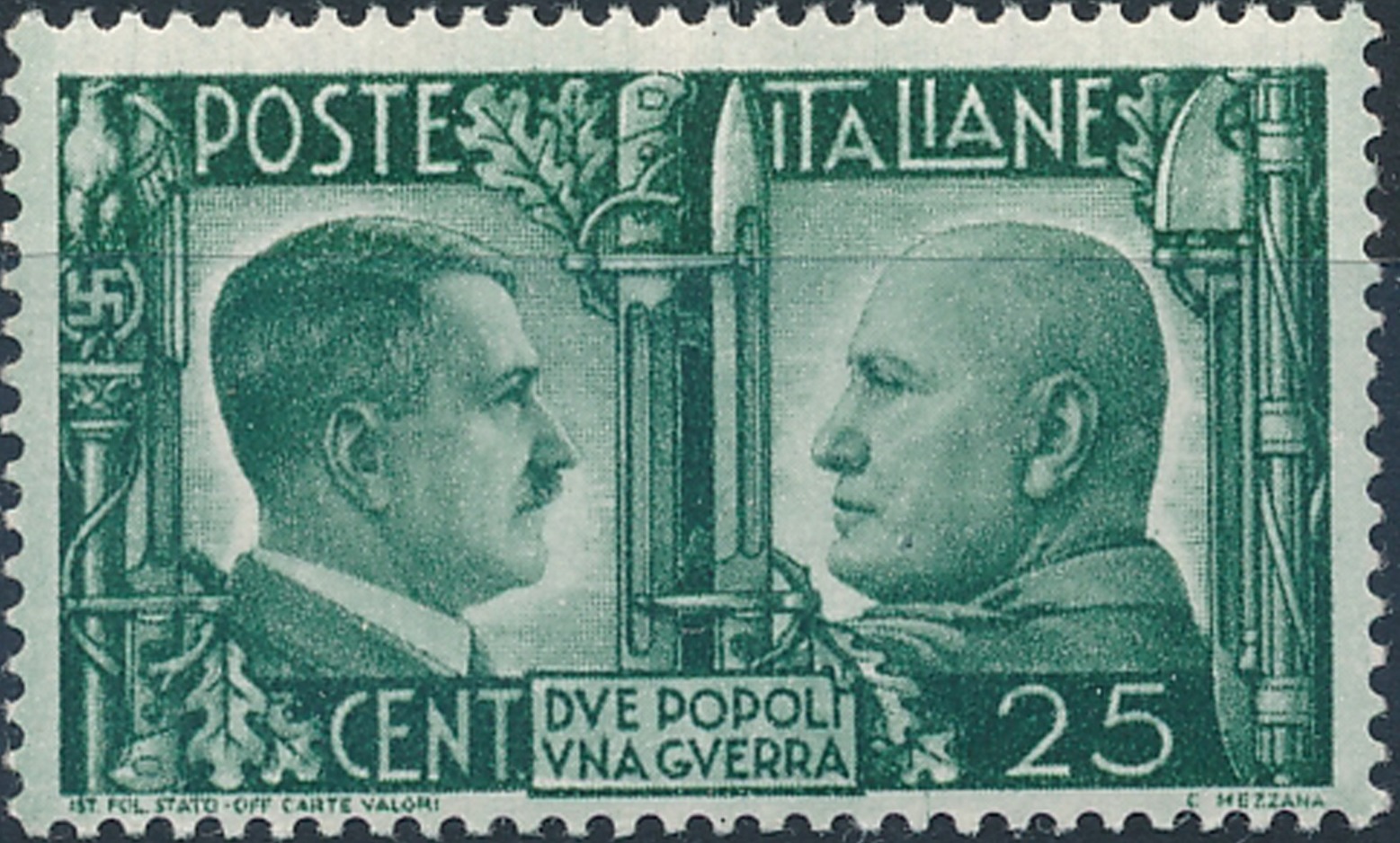 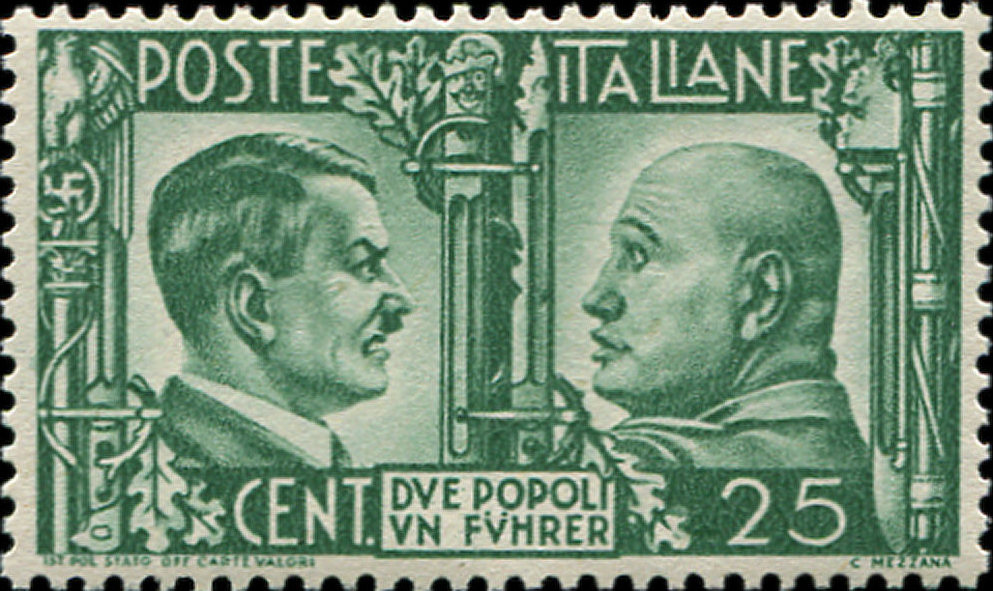 There are other propaganda forgeries and their stories are probably all as interesting as the ones presented in this article.

Propaganda forgeries are part of our postal history. They prove that mail and stamps can be used to transmit ideology. In addition, they show that the Resistance networks had very creative ideas when it came to sending messages to the population.

Our thanks to Alain Camelin of the ACTL for his precious advice for this article.