Japan is an absolutely fascinating country which is both anchored in tradition and fully immersed in our modern technological times. Westerners have been fascinated by this unique culture, which is very different from their own, for many years. I’ve chosen to present seven old pictures that, in my opinion, are classics of traditional Japanese culture. 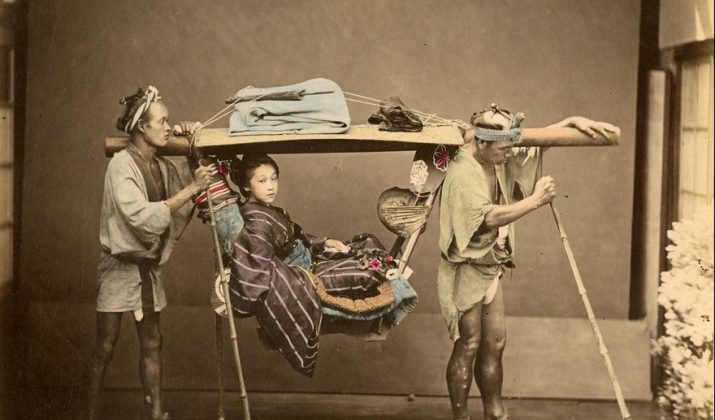 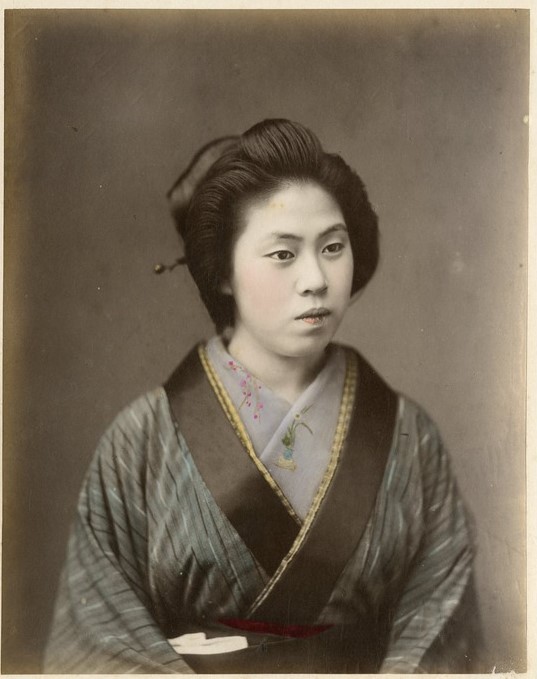 Geishas are women who dedicate their life to the traditional arts. They practise the art of dressing in a kimono, classical music, dance, social relationships and conversation, games, and more. In fact, the word “geisha” means a “person of the arts” or “artist”.

The Gion district in Kyoto is where most of them are found. While they inhabit male fantasies, they don’t necessarily work as prostitutes, although that is still fairly common. They wear a silk kimono, put their hair in a traditional bun, and must always be perfectly made up. The first geishas appeared in the 18th century. There were far more in the 19th century and at the beginning of the 20th century than nowadays.

To become a geisha, the maiko (apprentice geisha) must get a referral then be trained. In the past, the girls began very young and their virginity was is no longer the case. There are still geishas today, but the profession is a matter of personal choice. 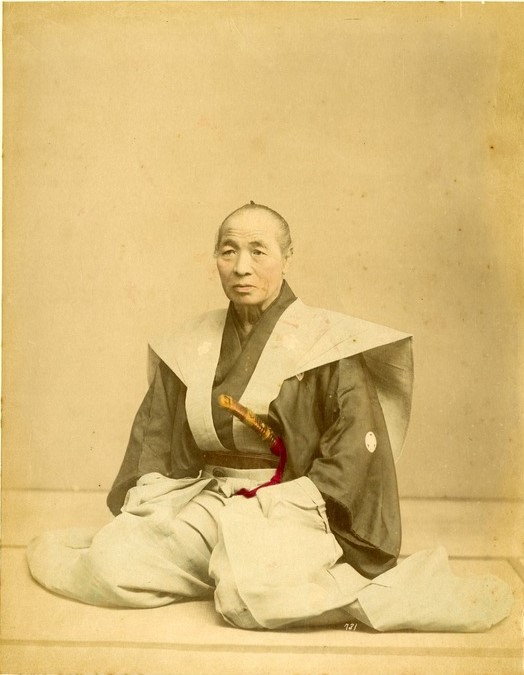 This is a very ancient Japanese occupation, which dates back to the 10th century. The term means “to serve” and designates Japanese warriors. The samurai were present throughout the Middle Ages and until the first half of the 19th century. The tradition gradually began to lose its privileges and its renown following the Meiji restoration in 1867.

Today, the samurai is part of ancient history. The future warriors were taken from their mothers at a very young age
and trained in weapons. Once their training completed, the samurai would serve a local lord, whom they would defend to the death. 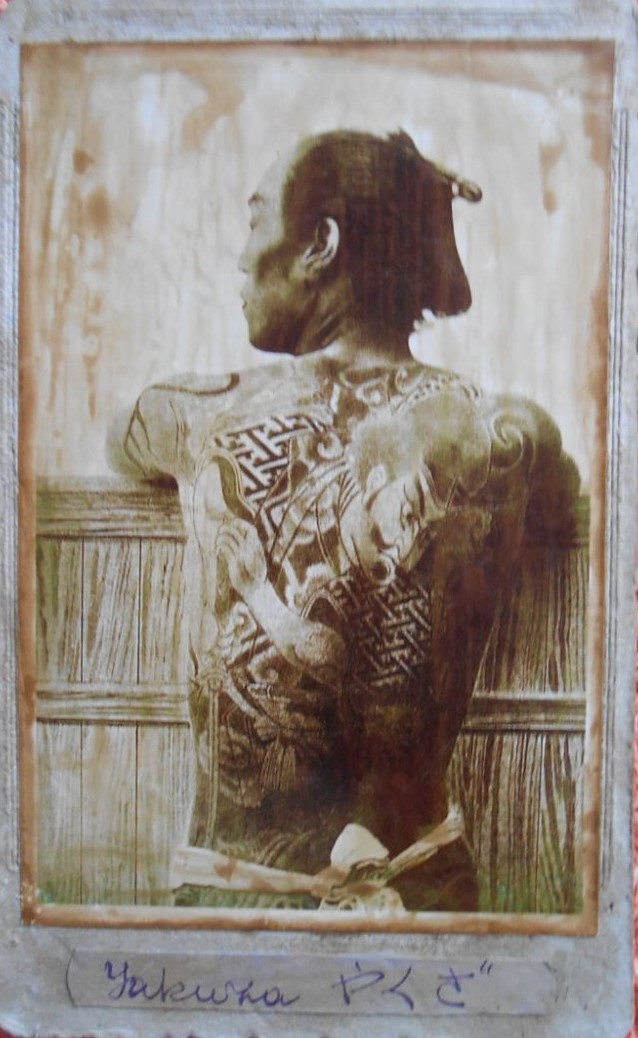 The yakuza are members of a Japanese organised crime societies. There are allegedly four main organisations in Japan. The name translates as “loser”, “good-for-nothing”. They generally come from poor areas and aren’t always Japanese. The yakuza first appeared in the 17th century, when they protected the population. They gradually built organised crime gangs and currently have a reputation as being violent criminals. The Japanese authorities have been working to break up the gangs since 1992. The number of yakuza decreased significantly after a series of new laws was passed. Other laws, which came into effect in 2010, forbid the hiring of yakuza by citizens.

Tattoos are one of the most distinctive and common signs of the yakuza. Every family has its own, which is created the traditional way, with the accompanying pain. 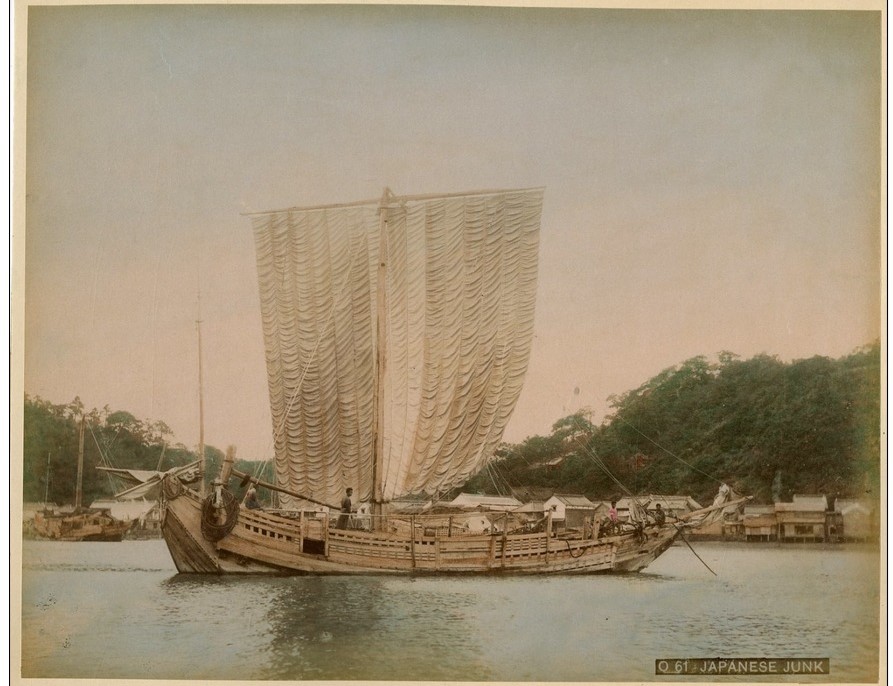 The junk is a traditional Asian boat. The first designs go back to the 16th century. Its rigging consists of one or more fully-battened sails with bamboo battens connected to the mast. Japan is an island country and the junk was a very
important means of transport in the past. 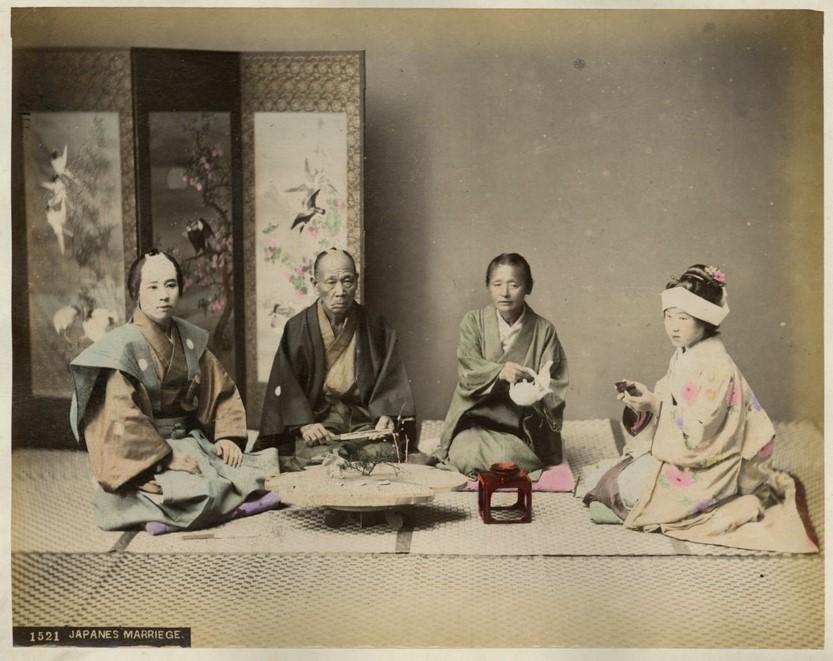 Japanese weddings, like all weddings, have their own customs. The traditional ceremony takes place after the engagement when nine required gifts are received. The bride wears a white kimono on the wedding day with accessories to provide a touch of colour. She puts her hair up in a large bun and wears the traditional wataboshi, bridal kimono hood.

The groom wears a dark-coloured suit with loose pants. The guests wear a kimono. During the traditional Shinto wedding ceremony, the couple receives a cup to which they bow, then each drink three sips of sake to strengthen their bond Old photo of a Japanese junk. and thank the gods. Next, they exchange wedding bands and receive a small branch which confirms their love. During the party after the ceremony, the bride changes from her white kimono into a colourful one. She and her husband receive money as gifts from the guests. The amount is always uneven so that the money can never be split…The Japanese wedding rite is Shinto. 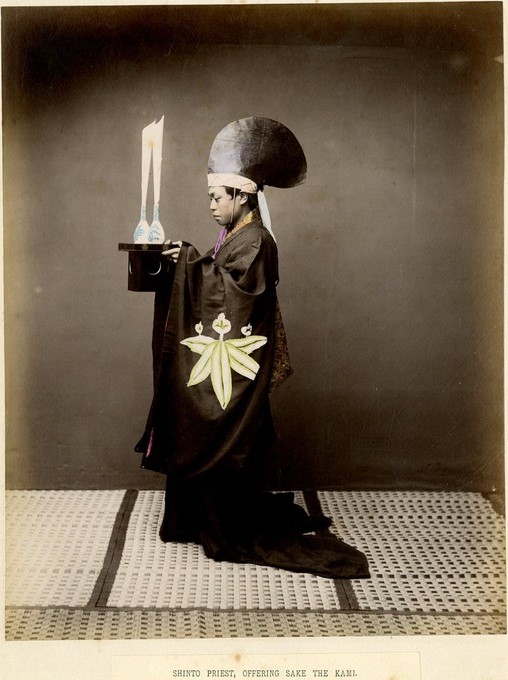 The Shinto religion is the oldest religion in Japan. It is founded on number a of polytheistic beliefs and, in particular, the belief in “kamis”, spirits which are found in many places. Today, 90 million Japanese people still practice the religion.

Shinto priests were employed by the state from 1872 to 1945. At the time, the Japanese emperor was also the head of the religion. Shinto religion came under attack following Japan’s defeat in the Second World War. While today, half of all Japanese people still practice religions based on these beliefs, they often also follow Buddhist and Christian traditions.

We hope that you have enjoyed this short photographic journey to traditional Japan. We encourage you to explore other old photos of Japan on Delcampe.

Joint stamp issues collector, who are you?