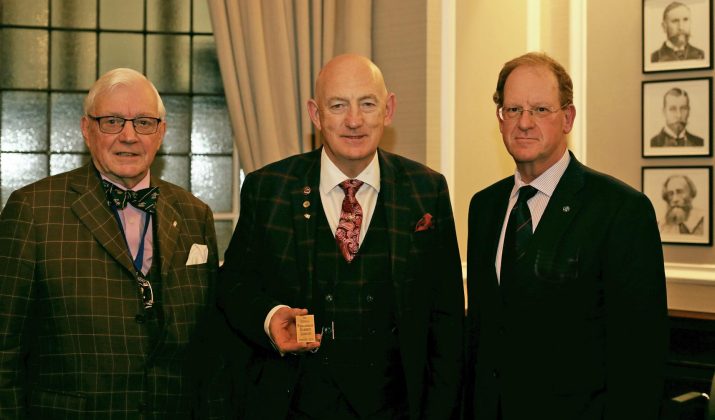 The centenary of the discovery of the tomb of Tutankhamun by Howard Carter on 4 November 1922 was marked by displays from members of the Egypt Study Circle to the Royal Philatelic Society London on 17 November. The displays aptly began with the 3p stamp issued by the British Post Office in 1972 on the 50th anniversary of the discovery.

The displays included many unusual subjects, such as: Salt Tax and ‘No Value’ stamps; Officially Resealed Mail; the Advice of Receipt Service; the Palace Post of King Farouk; the store in Port Said – operated by Simon Arzt – that catered for tourists and had its own post office; the story of the ships trapped in the Great Bitter Lake during the closure of the Suez Canal in 1967.

On opening Tutankhamun’s tomb, Carter was asked ‘What do you see?’, replying ‘Wonderful things.’ Giving the Vote of Thanks, Ian Balcombe said the same description aptly described the material on show, displays that had been ‘enjoyable to come and see and a great credit to the Egypt Study Circle’.

After presenting certificates to those who had participated, Peter Cockburn FRPSL, President of the Royal Philatelic Society London, presented the Society’s plaquette to Jon Aitchison FRPSL, who had co-ordinated the displays.

Something of Great Britain for all