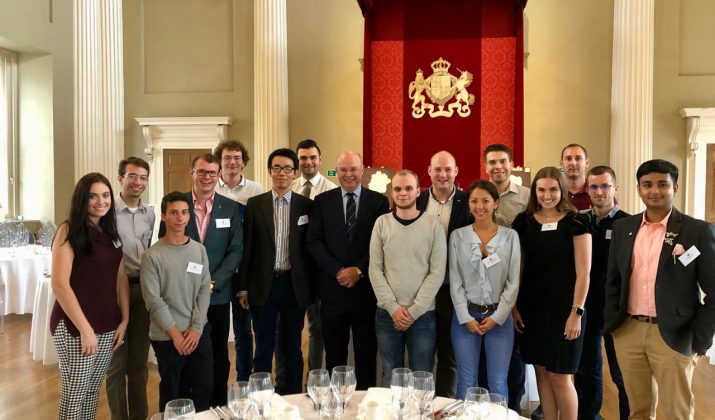 Young collectors from across the world, including Belgium, France, Germany, India, The Netherlands, Norway, Switzerland, United Kingdom and the United States, were invited to come to London for the week of Autumn Stampex in September.

The initiative, under the auspices of The Royal Philatelic Society London, under the patronage of Patrick Maselis RDP FRPSL, President of the Society, was organised by John Davies FRPSL.

During their stay, the fifteen young collectors visited the Society, seeing how its Expert Committee functions and viewing the Museum of Postal History. Also visited was The Postal Museum, exploring the Exhibition, Conservation and Digitisation Studios as well as riding on the Mail Rail experience. At the British Library the group visited the Philatelic Collections and Conservation Studio.

All were also invited to the Royal President’s Dinner on 12 September, which was held at the Banqueting House in Whitehall.

When you think that some people actually collect Ferraris!