Collectors of cheese labels are called «tyrosemiophiles Camembert» is the star of cheese label collections. It’s probably because of the round wood box which is particularly well-suited to collecting. And because it can have pretty illustrations and provide historical insight. 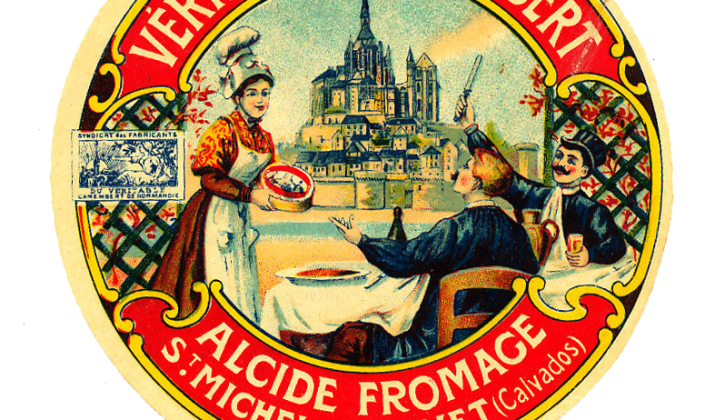 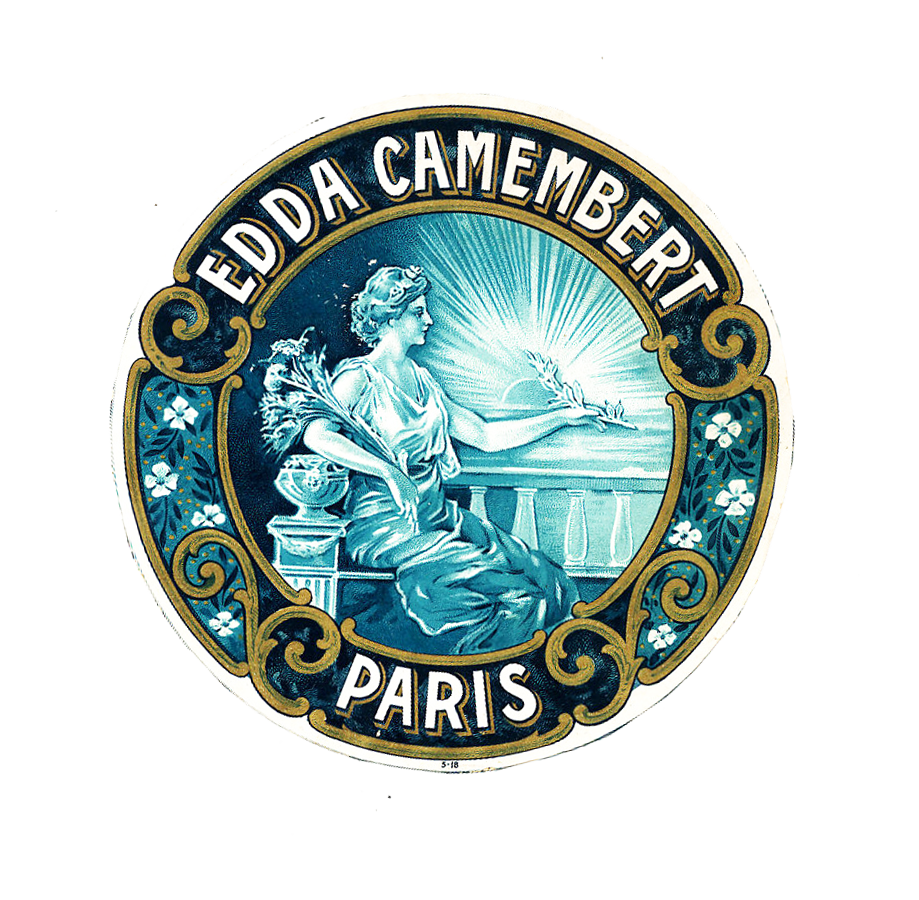 The most famous Camembert is from Normandy.

Camembert from Normandy is unpasteurised cow’s milk cheese produced and processed in the region. It was granted «Appellation d’Origine Contrôlée certification» for its unique taste in 1982.
According to legend, it was invented by a farmer called Marie Harel (maiden name Fontaine) from the village of Camembert at the end of the 18th century. Mrs Harel’s heirs continued to expand the farm and their cheese became one of the stars of the Normandy region.
The cheese was originally packaged on a bed of straw, but this wasn’t very practical for long journeys. At the end of the 19th century Camembert producers adopted the round poplar wood box we know today. The first cheese labels also came about around this time.
The Camembert business quickly took over the region. In order to protect the cheese which made it famous, 53 cheesemakers created the «Syndicat des Fabricants du Véritable Camembert de Normandie»! 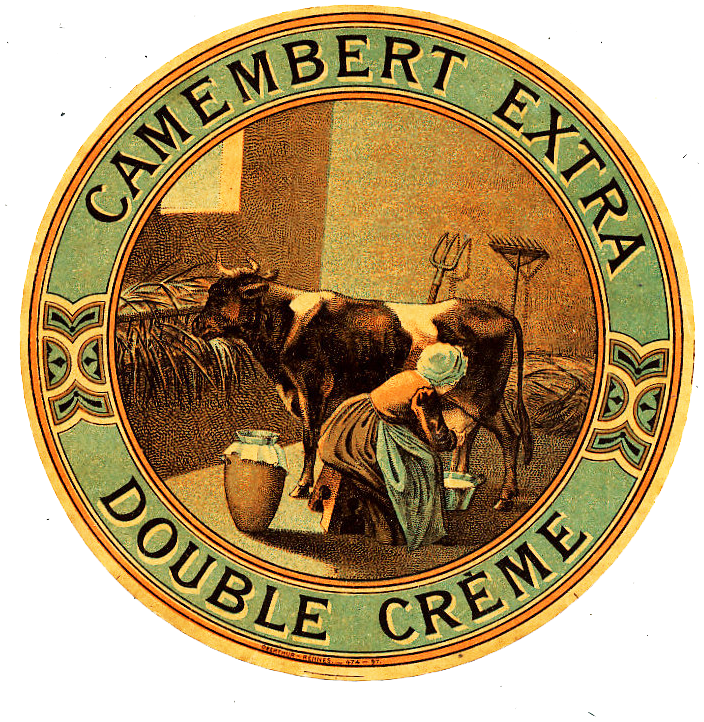 From pretty farmers to Norman cows to monks, windmills and other designs, artisans outdid each other to create the beautiful labels that make today’s collectors so happy! Prices on Delcampe range from a few cents to several hundred euros depending on how rare the label is and on its condition. 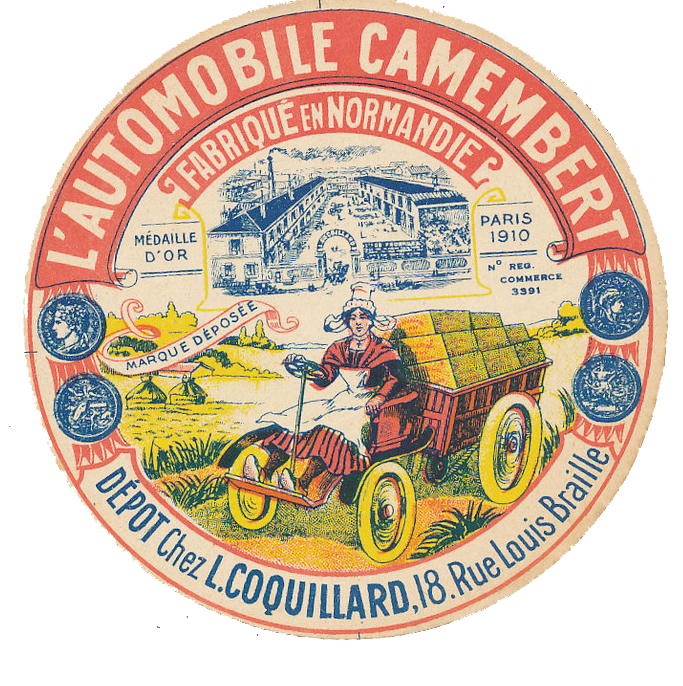 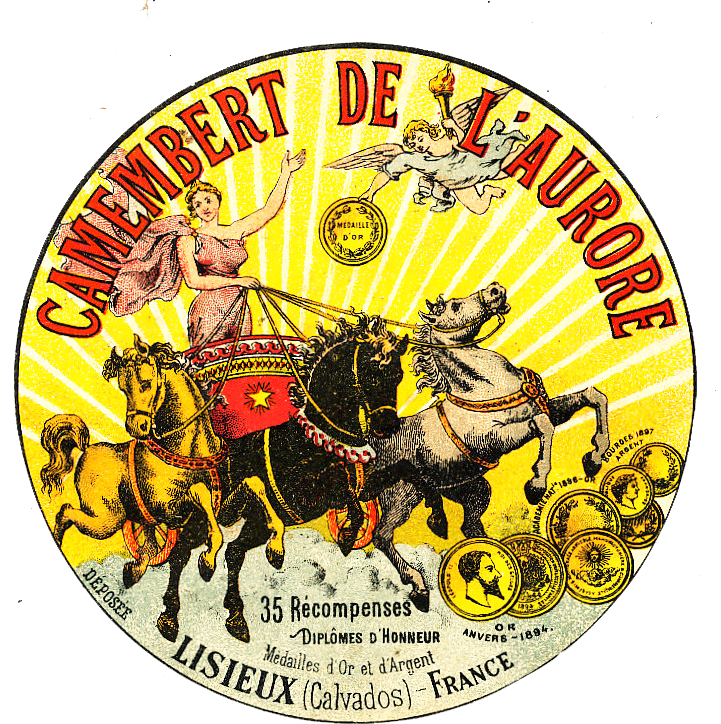 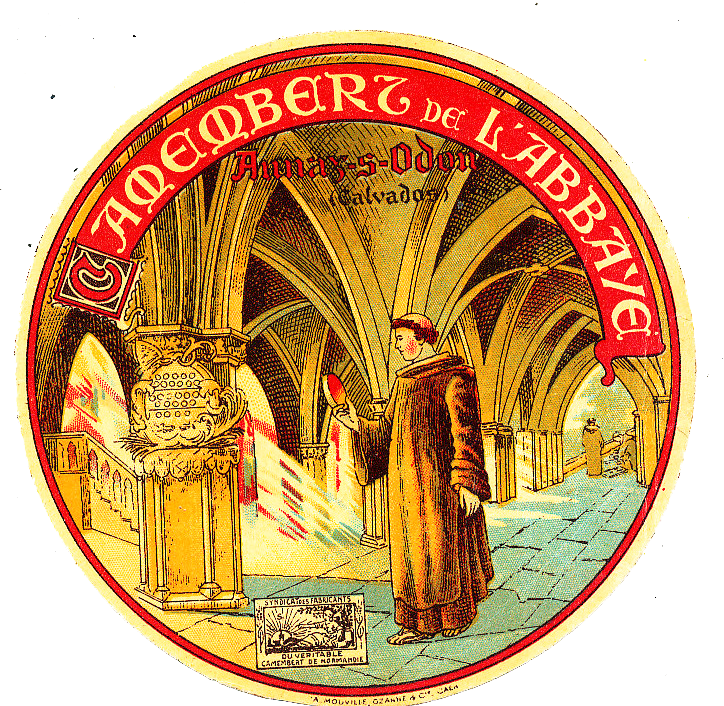 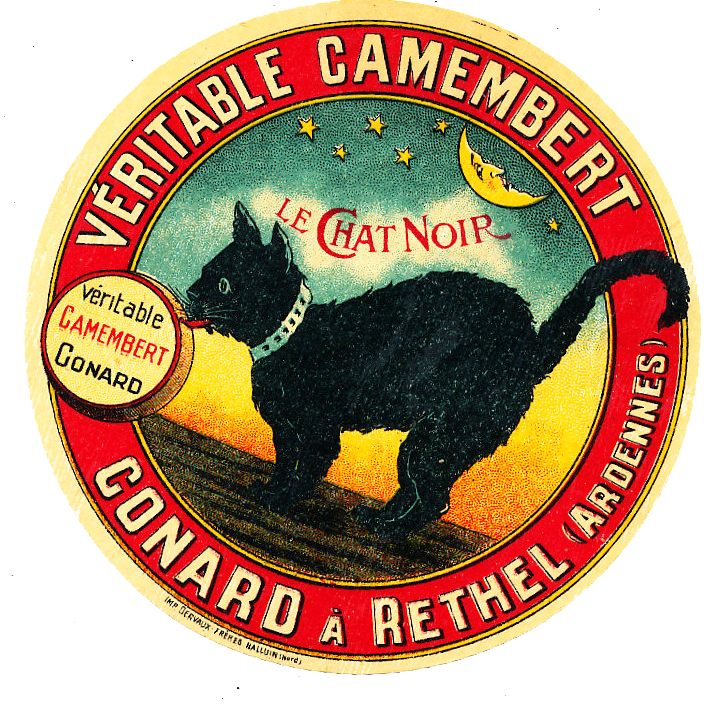 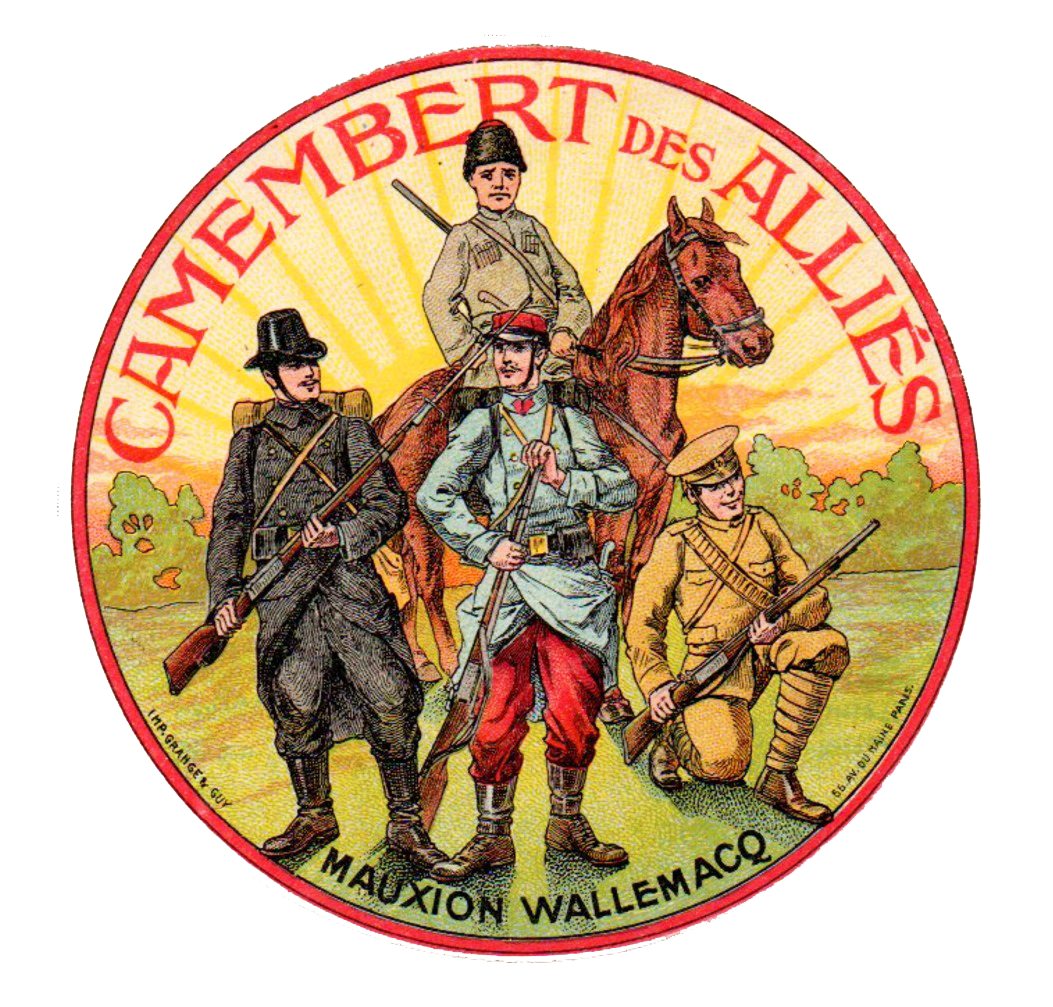 Many Camembert cheese labels are related to the First World War. There’s a good reason for this: The Great War had a major impact on the Camembert’s name recognition.

The First World War brought Camembert to people throughout France. This was due to the mobilisation of Norman cheese producers. In 1917, according to the book «Le Camembert, mythe français» by Pierre Boisard, the producer Louis Serey suggested to the other members of the Syndicat des fabricants du «Véritable Camembert de Normandie» that they provide the French army with a day’s production for free.The suggestion was agreed to.

Camembert producers introduced their cheese to the army’s central supply depots and it quickly became part of the
poilu’s (French soldier) rations. They ate delicious Norman Camembert in the trenches. Several Camembert producers also decorated their cheese boxes with patriotic illustrations. Portraits of poilus, the French flag…they gave everything a try to demonstrate their pride in their nation. During the war, the front received preferential treatment for supplies over non-combatants.

Their patriotism became extremely profitable. First, consumers had a very good impression of them and, Camembert became a sort of equivalent of Proust’s madeleine for old soldiers. The expected and comforting snack appeared in homes and never left again.

Thousands of cheese labels are available on Delcampe. 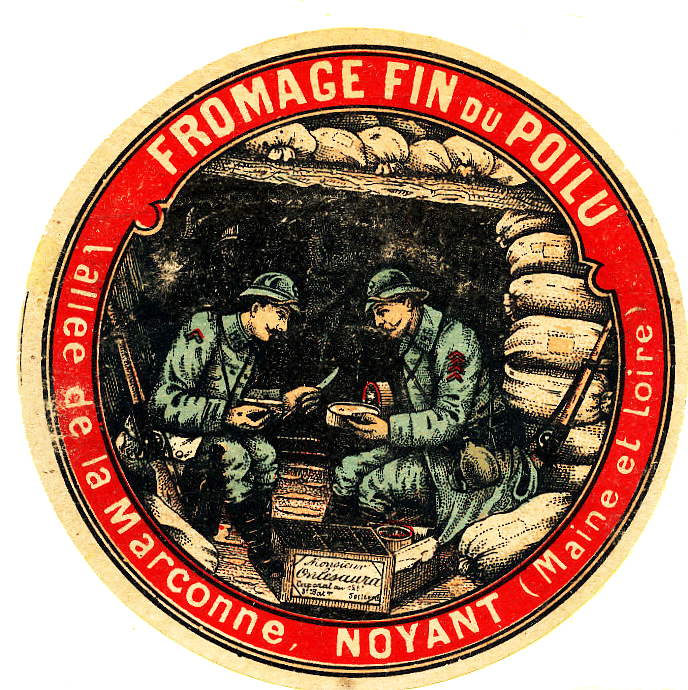 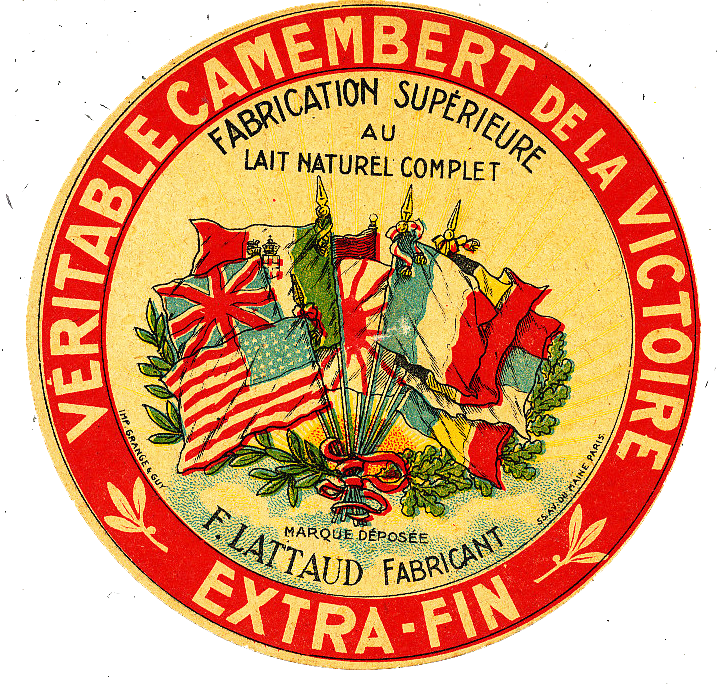 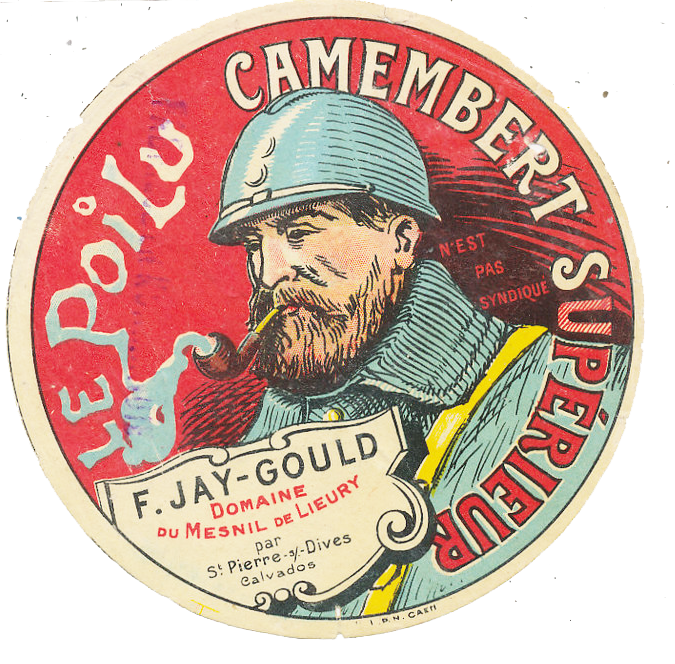 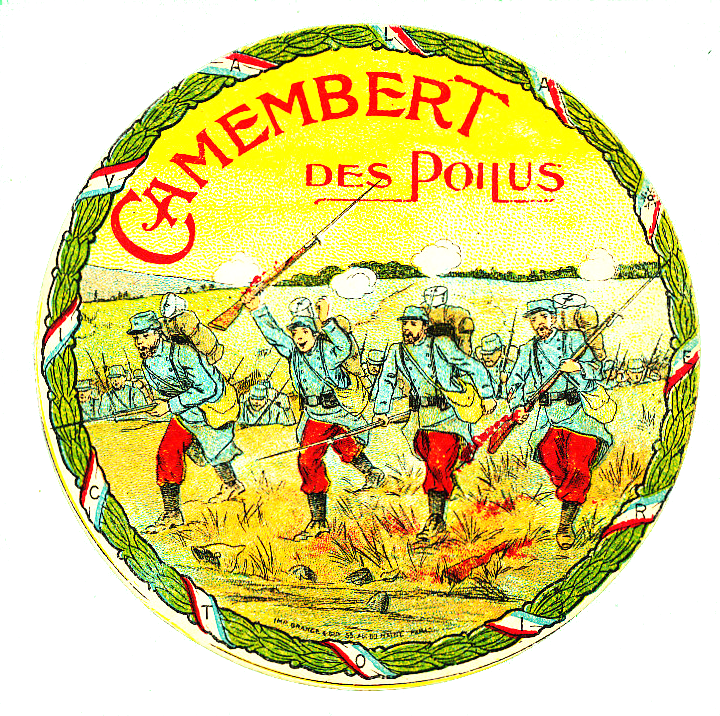 A potted history of picture postcards